Savita wears the nighty and she was looking extremely hot in it. She comes in front of Kamlesh and started seducing him. She sits on the chair and then started touching her legs & body in a sensual manner. Kamlesh was continuously staring at her while sitting on the wheelchair as she was doing bold poses in front of him. 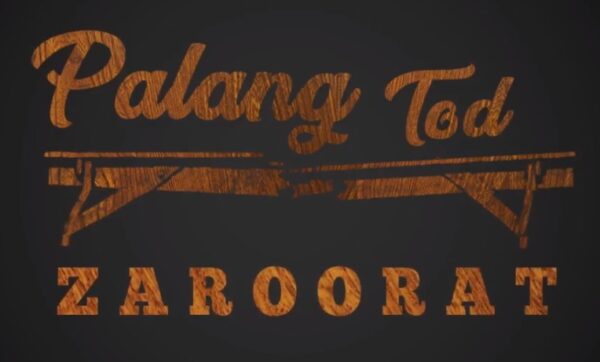 Kamlesh started dreaming about kissing Savita while she was wearing the same nighty. Kamlesh took off her nighty and then he removed his shirt. He started kissing on her neck after which they both started making love and Savita was enjoying it a lot.

Back from the dream to reality – Savita sits on Kamlesh’s lap and then she firstly touched his face after which she grabbed her hand and started making him touch her body with his hand. She then turned around on his lap and started making him feel her body. Savita then started kissing Kamlesh on the lips followed by his neck and then his body. Kamlesh started moving his lips as Savita was giving him pleasure.

Next day Savita was leaving for work and she tells Ganesh about it. He behaved rudely with her by removing her Gajra. He tells her to bring mutton for him in the evening as she was making him eat vegetables since long. Savita finally leaves for the work.

Savita was making juice in the kitchen and then she started dreaming about Kamlesh. She sits on his lap and tells her that Kamlesh babu for the whole world you are just a dead body but for me you are my whole world and then she assures him that he will get alright soon. She started kissing him after which she made love with him by pulling up her saree a bit and sitting on his lap. Finally Savita comes back from the dream to reality.

Ganesh went to a wine shop to buy alcohol and while returning back he bumped to a person after which he got into a brawl with two men and got beaten by them very badly.

Savita was cleaning Kamlesh’s body on while he was lying bed and then she tells him that she got him as her hippiness because she never got any happiness from her husband because he only beats her and abuses her. She lies next to him on bed and tells him that even being quiet, you say a lot. She started kissing him once again.

Savita comes back home from work in the evening and she asks Ganesh about his injuries. He asked her for the bottle and she gave him. She tells him that she brought mutton and she is going to prepare it so don’t sleep early. He tells her not to teach him what to do and go do your work. Savita went to cook mutton.

Next day Savita served tea to Tejaswini and she tells her that because of you I am seeing a lot of improvement in Kamlesh. Savita says I feel the same. Tejaswini tells her that you handle this house and Kamlesh very well so she prays that you will get every happiness you wish for. Savita tells her to drink tea.

Savita went to Kamlesh’s room and tells him that lets start your treatment. She laid up on bed next to him and then started kissing him. She removed his shirt and then she started kissing all over his body by getting on top of him. Kamlesh was moving his eyes. Savita took off her blouse and then started making love with him. Kamlesh gets up on his own and then he started giving pleasure to her. Both of them enjoyed a lot. 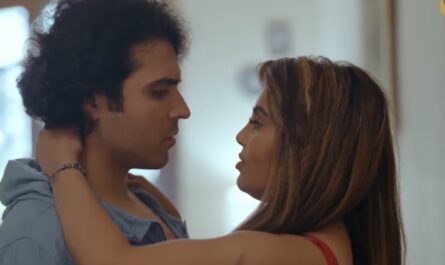