Prachi asks Ranbir what they need to do now. Ranbir tells her they have to steal things which will help Cheif, both begin to search in Tanu’s study. Prachi opens the drawer which triggers alarm, both goes to fuse room and turns off the power which stops alarm than Ranbir switches on power to get light and that time alarm won’t trigger than he tells to Prachi that drawer might contain important evidence which can help them and they rushes to study room. 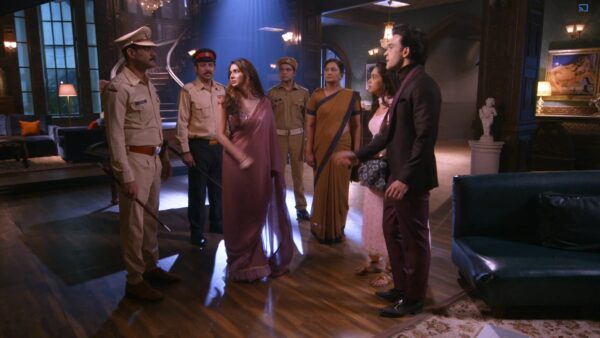 Raghuveer Mishra denies to take Abhi’s case. Pragya says you’re my last hope and if you deny than where can I go. Raghuveer says I can’t fight so please hire big criminal lawyers and I can suggest good ones to you. Pragya says you always fight for truth that’s enough to me because you can do anything. Raghuveer says practically it’s impossible sorry.

Pragya asks if he deny to fight if his son is in Abhi’s position? Please fight for truth because my husband is innocent and Tanu accepted it Infront of me. Raghuveer asks if she have any evidence. Pragya says no and she pleads him to fight the case for her. Raghuveer agrees to take up the case. Pragya thanks him.

Raghuveer asks Pragya to tell him everything why Tanu wants to take revenge. Raghuveer daughter in law tells him how she made file with available info. Raghuveer asks her to get it.

Ranbir gets cover from drawer where its written most important. Prachi opens it and founds photos than they searches again than Prachi gets pen drive and they searches laptop to check the content.

Rhea sees Pallavi and asks her about Ranbir. Pallavi tells her she thought Ranbir came to meet her. Rhea says no and previously Ranbir scolded me for dad which I felt happy. Pallavi tells her she is getting understanding bahu and she goes to meet Dadi. Rhea overhears Aryan words that Ranbir is with Prachi than she calls someone.

Prachi and Ranbir finds a laptop and they plays the video of Abhi and Tanu. Prachi tells him let’s watch in our place that time Tanu arrives with police which makes them drop the laptop and Tanu get them arrested for breaking into her property than she feels relaxed after noticing they didn’t watched the complete video.

Pragya gets call from inspector and inspector asks Pragya to know what happened through his daughter. Prachi informs everything to Pragya than Ranbir informs Vikram of his arrest. Prachi asks contestable about her mom. Constable beats at Ranbir fingers which makes Ranbir angry and shouts at contestable but she leaves asking them to behave.

Prachi cries in lockup. Ranbir feels bad and asks if she getting pain. Prachi tells him slightly than he asks for her hand and tries soothe her pain by blowing the air on her hand than he apologizes to her for her making her get arrested.

Prachi says don’t blame yourself, it’s just coincidence. Pragya rushes to station, Constable opens the cell and asks Prachi to meet her Mom. Pragya raises hand but she stops in the middle and hugs Prachi and asks why she went to Tanu’s place. Prachi tells her she wants to do something for her and Dad. Pragya tells her she will set everything.

Ranbir says don’t get angry at her because she is good daughter and brave one. Pragya asks why he went? Ranbir says he went for Chief and Tanu’s is accusing Abhi with fake charges that’s why I went to search proofs against her and we found the video but we couldn’t watch it completely.

Pragya asks what’s the need to take risk when they can watch that in court. Ranbir says Tanu gonna submit edited one in court but we saw the original one. Pragya says I’m wife of your chief and won’t let you guys stay long in jail. 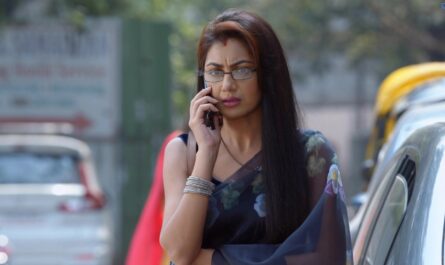 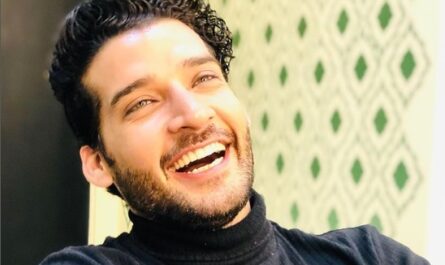