Sejal was praying to Ambe Maa with her family as she was going out of station for the first time. Minal and Saras tells Baa that she is going to Nanda’s house as an intern for hotel management for ne day. Sejal took blessings from Saras, Minal, and Baa after which she leaves for Delhi. 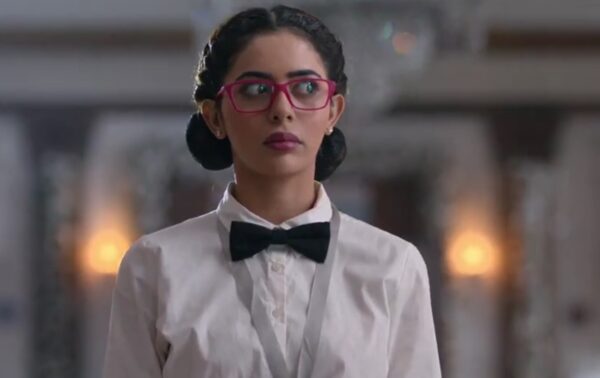 Sejal reached Nanda’s house and she feel down when she got out of bus. Tanhaji and his boss were watching all of Sejal’s movements on the CCTV from a fake momos shop. Sejal got shocked seeing Nanda’s house as it was very big. She got ready for the job. Manager told her to change the leggings and Sejal has to do it but she was very uncomfortable in the mini skirt.

By mistake Sejal went inside Yohan’s room and she saw childhood picture of Yohan with his real mom. Yohan came in the room and Sejal hides behind a table after which she manages to escape. Shalini shouts at all the interns regarding the mismanagement as she wanted sparkling water instead of filter.

Manager told Sejal to clean the pool. Sejal started cleaning the pool but her skirt got torn and she hides behind a pillar. Yohan came there and he takes off her robe and started swimming. Sejal started having hiccups and Yohan had a conversation with her. He got somewhat impressed with her words. Sejal took Yohan’s robe and leaves from there.

Yohan’s sister Drishti came there and she told him to get ready and come fast. Arun Nanda and Veera Nanda (Yohan’s father and stepmother) marriage anniversary was happening. Sejal saw a suspicious person with a tattoo on his neck but she ignored him. Shalini gave some gifts to Arun and Veera. Shalini then went to her husband and told her to congratulate Arun and Veera. It turns out that Shalini’s husband was a alcoholic and then he congratulated them. Shalini told her husband to behave properly otherwise Yohan will get Arun Nanda’s chair.

Everyone gathered for a family photograph and Arun called Drishti. Shalini tried to insult Drishti in front of the guests. Yohan came there in a towel. He says that only his sister Drishti is perfect there and everyone else is imperfect. Arun told him to change the clothes and Yohan responds that the theme of the party is white so he’s in white towel. Yohan puts cake on Arun’s face.

Shalini had an argument with her husband and she turned back and Sejal was there. Shalini fired Sejal from the job. Sejal went outside and started crying. Tanhaji called his boss and his boss told him to execute high risk plan. Sejal saw that person with tattoo on his neck and she heard him saying that he has a video and he will destroy Nanda’s reputation. Sejal caught that person but he escapes throwing his spy pen down. Manager told Sejal to sit in his office. Sejal thinks that everything got ruined for her. 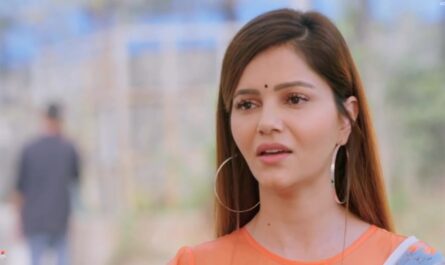 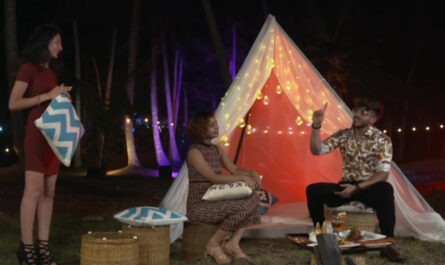 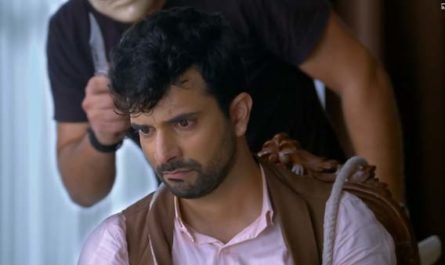