Swarna (Rajsi Verma) and her daughter Sudhi (Manvi Chugh) were watching a adult love making video together sitting on couch. Swarna was teaching her daughter on how to kiss properly without biting the lips of her love partner with her teeth. Sudhi says I am very nervous that whether I will be able to satisfy Jatin or not. Swarna tells her that don’t even think about it as our tradition is like this that your failure can make me a victim. Sudhi says mom I won’t make you the victim of this tradition. Swarna tells her to take it as an exam then Sudhi says I will study a lot. Swarna tells her to watch the video carefully and learn.

Sudhi in her room was practicing kissing holding a teddy bear in her arms and kissing it. Sudhi says was it right yeah baby then she hugs the teddy.

Swarna and Sudhi meets Jatin’s (Rahul Sharma) parents at his house. His parents offered them tea and then Jatin’s mom asked Swarma what about the wedding preparations. Swarna says everything is going good. Jaitin’s father says that Jatin’s happiness is also important then Swarna says don’t worry we will take care of everything. Sudhi asked where’s the washroom then Jatin’s father asked him to show her the washroom. Swarna holds Sudhi’s hand giving her confidence.

Jatin showed Sudhi washroom. Sudhi went to the washroom and when she came out Jatin puts her into his arms. He says that as per tradition you have to make me happy but I can’t wait for 7 days. Sudhi says for what then Jatin responds to make love. Sudhi says someone will see us. Jatin says come in my arms as I am your husband. Jatin and Sudhi started kissing each other but Sudhi by mistake bites his lip and he says don’t you know how to kiss. Sudhi says lets try again then Jatin says leave I don’t want to try.

Sudhi was sitting in her room on her bed and she was sad. Swarna came and asked her what happened. Sudhi says I messed up everything mom and I am scared that Jatin will break the marriage with me. Swarna says that he won’t break as he loves you a lot but you need to practice more. Swarna says before I need to give a big scarifice to save your marriage I will give a small sacrifice.

Swarna and Sudhi went to Hotel Anant and Swarna tells her that we gave him money and he will do whatever we will say. A guy came and he says that I had an appointment then he says that I got money for only one person. Swarna says that only one will do and the other will watch. The guy says that I will charge extra for watching then Swarna says okay. The guy holds Sudhi in his arms and Swarna says its wrong number. Swarna tells him to take off his clothes and then guy removes his shoes and clothes. Swarna tells Sudhi when he takes off his clothes then you have to move your hand all over his body then she went to kiss him but Sudhi says what are you doing mom then Swarna says keep quiet, watch and learn. Swarna says that you have to kiss all over his body then you have to put him on bed and after that take off your clothes. Swarna then tells Sudhi that you have to touch your body with his body after that you need to slowly take your hand in that area and slowly stroke it but not hard as its a sensative matter and then while slowly stroking it you need to kiss him again. Swarna started kissing the guy on bed in front of Sudhi. Sudhi says that this is disgussting mom then Swarna says nothing is disgusting as you need to make your husband happy in the same way. The guy tells Swarna that you are too much fun then Swarna tells Sudhi that your husband should say the same to you. The guy rolls arounds Swarna and started kissing her all over her body. Swarna says that then in the same way he will get on top of you and will start making love to you. Swarna then tells him that oh hero you will get money just for this so don’t work so hard. Swarna tells Sudhi that have you seen everything and have you understand everything. Sudhi says yes mom.

Jatin and Sudhi engagement ceremony took place and then they put rings in each other hands. Jatin’s parents told him to show Sudhi his bedroom. Jatin takes Sudhi to the bedroom and he says that this is our room and asked her how is it. Sudhi says that the room is beautiful but do you want to see my beauty as well then Jatin says why not. Sudhi putss him on bed and takes off her saree. Sudhi gets on top of him and says that this bed is also ours. Jatin says sure then she says that I am thinking that before Suhagraat we should do some practice. They started kissing each other and then Jatin takes off Sudhi’s blouse. Jatin and Sudhi again started kissing on bed and after that Sudhi gently strokes Jatin and then she asks her are you having fun and he says that don’t talk just keep doing it. Sudhi by mistake strokes him hard and Jatin gets up saying are you stupid, don’t you know how to do this. Sudhi says sorry then Jatin says what sorry then he says that my mom dad has got me trapped and then Jatin leaves the room. 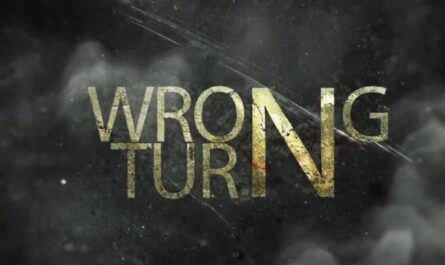