Kritika was going to the hotel in her car and she recallsa the threat given by Akshay to meet him at the hotel at sharp 6 PM in the evening. Kritika tells the driver to speed up while Preeta was following her wondering where she’s going but wherever she will be going there is trouble, Mahira was also following Preeta wondering where is she going because she will do anything to ruin her date with Karan. Mahira recalls the 3 day challenge she gave to Preeta.

Preeta stops seeing Kritika’s car who is at the same restaurant where Karan asked her to come, Kritika is then asked by the guard to go at the backside, which is for the hotel reservations, Mahira gets confused wondering where Preeta is going, she however thinks that there is nothing to worry because she will now spend some time with Karan.

Akshay opens the door, Prithvi was standing at the door and immediately comes in with a briefcase, Akshay was really happy to see the money then asks Prithvi to hand him the case, Akshay immediately starts counting the money, Prithvi asks him to stop the counting and call Kritika, scaring her to the extent that she starts trembling and come running to him seeking his help, Prithvi makes him remember the deal which the agreed on and he must scare Kritika so she comes running to him, Prithvi advises Akshay to stay at an expensive hotel even if he is doing wrong because there is a chance that he can hide in any hotel.

Karan was waiting in the restaurant where Mahira also comes, she greets Karan asking what is he doing in the restaurant and must not think that she is following him because she only came to meet her friend however she is still not here, Mahira asks Karan to not worry and wait for Preeta while she will also wait for her friend, she orders coffee after sitting at the other table, Mahira then comes sit with Karan explaining that she was getting uncomfortable because other people were staring at her even when Karan does not think that she is pretty, Karan praises that she is actually looking beautiful.

Kritika was about to enter the hotel, she is stopped by Preeta who asks her what is happening, Kritika gets really worried seeing Preeta, she constantly questions her what is wrong because she saw her rushing out of the house but did not understand the reason, she therefore followed her to the hotel, Preeta demands that Kritika in form her of the reason because she is her well-wisher and friend, Kritika is however perplexed and not even able to say anything In front of her, Preeta pulls her in the car where Prithvi was also walking, they however do not interact with each other.

Preeta sits with Kritika in the car which was parked In front of Prithvi’s car, he sits in the car then sees the missed call of Sherlyn, he wonders how could he have not attended the car which worries him and he calls her, Sherlyn immediately asks if their plan has been accomplished, Prithvi responds that their work is done, he then realizes that his car is stuck between two other cars, this angers him because he cannot find a way to drive out of the parking lot.

Preeta tries to reason with Kritika asking her to inform her what the problem is as she considers her as her sister just like Srishti, she is really worried for her well being, Preeta questions Kritika who starts crying, she apologizes to Preeta for not believing her when she told her that Akshay is not the right person for her and now he is blackmailing her with some photos and videos which he has when they were together, Preeta consoles Kritika who was crying mentioning that she knows how to handle such kind of people. She must not worry because they both would find a way out of this mess.

Prithvi gets really frustrated saying that he will no longer wait for the driver to move their car, Preeta asks Kritika to not worry because she will find a way, Prithvi was constantly honking at the car then says to Sherlyn that he can not wait any longer and would talk with the drivers in the car parked in front of his car not knowing that it is the car of Preeta, he is about to open the door but the guard stops him mentioning that the car is parked in the right spot and if he does not stop honking then his boss would scold him, Prithvi however orders him to talk with the driver, the guard requests Preeta to move her car however she explains that she is parked in the right spot so would not move, Prithvi feels irritated so tries to move his car however scratches Preeta’s car in the process, Preeta gets really mad and is about to get out but was stopped by Kritika, she mentions that their plan is really dangerous and she must not move forward however Preeta asks her to not worry as she can fight with any problem for her.

Akshay was in his hotel room where the lights start to flicker, he feels that there is someone in the room and thought that it was Kritika however she was also not in the room. Preeta gets dressed as Kritika, she recalls her plan, according to which she recorded the voice of Kritika and also wore her clothes so that she is able to collect the evidence from Akshay because this is the matter of concern for Kritika. She prays to Matarani that the task for which has come is fulfilled. 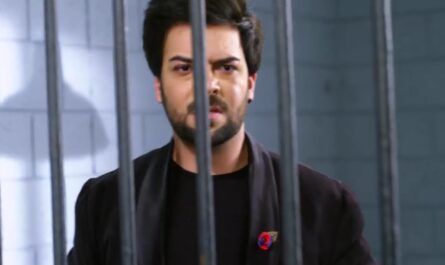 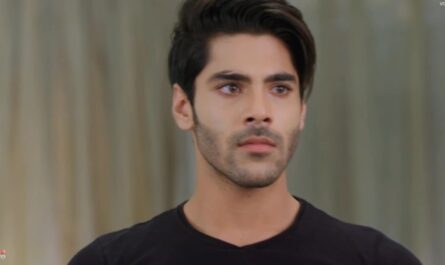