Harak Singh, Rohan, Akshay and Viren along with Jeet entered the Simran’s Godhbharai ceremony. Harak asks Preeto what did she called him buddha or buddhi. Preeto says what she should call him then ‘Amitabh Bachchan.’ Harak starts dancing with Preeto on Roop Hai Tera Sohna song. Jeet and Mahi stare at each other hinting to go ahead with their evil plan. Rohan joins Harak and Preeto in dance. Jeet tells Mahi, that he is going to set up a trap to kill Soumya. No one should come to kitchen. Jeet pours oil on the kitchen floor and Jeet puts knives in three glasses so that when Soumya slips on the oil she will get stabbed. Mahi stops Soumya from going to kitchen. Soumya dances with everyone. Rohan and Simran enjoy as well. 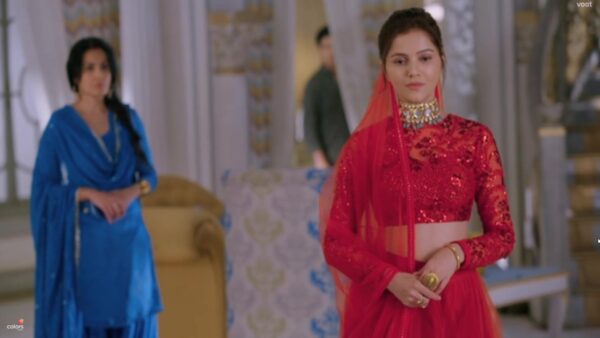 Jeet comes out of kitchen and tells Mahi why she didn’t send Soumya in the kitchen yet. Jeet tells if Soumya stays alive Mahi won’t get her rights in the house. Soumya insists Mahi to join the dance. Mahi acts like she is going to faint. Soumya goes to bring water for Mahi in the kitchen.

At Sant Baksh’s house, Heer stops Parmeet from slapping her by grabbing her hand. She says Parmeet has no right to raise her hands on Heer.

Soumya enters the kitchen and falls down due to the oil on ground She shouts mummy ji. Preeto and others rush to see Soumya. Soumya gets up. Mahi and Jeet stand shocked seeing Soumya alive. Soumya says please be careful, somebody poured oil on the floor. Rohan cleans it. Everyone asks Soumya what happened. Soumya says they should check Simran if she is fine or not.

Soumya tells everyone that someone again tried to kill her by setting a trap. Rohan says but doors, windows are locked then who can do this? Soumya says she noticed the knives while she was falling, she pushed those knives away. Soumya says the attacker is in the house only. Jeet asks Soumya is she alright. Soumya notices oil on Jeet’s hand and sherwani. She understands Jeet is behind the attack.

Heer tells Parmeet that she should have asked her son as Virat only told Heer to choose life partner for him. Heer says Virat is annoying me, I am only doing my job. Parmeet asks Virat is it true? Virat avoids Parmeet. Parmeet says Virat promised her that he will marry a girl of his mother’s choice. Then why is he not following his own words. Virat says Heer can choose girl for him as Heer knows him well. Its not wrong. Heer tells Virat now she wants to live a peaceful life. She requests Virat not to trouble her anymore.

Heer and Soumya gets ready for going to Navratri mela. Heer prays to Matarani that on this special occasion she wants to go to temple to pray for Virat , Gulabo and her family. She feels something big is going to happen. Soumya also thinks to pray for Heer. Soumya does the aarti and plays Sankh. Soumya sees Jeet and tells Preeto that she is going to Matarani’s temple. Soumya says she wants to go to that Navratri mela to pray for Heer. Jeet and Mahi hears it.

Flashback starts. Soumya tells Preeto about her plan that she knows Jeet in behind the attack but she doesn’t have any proof. She wants to go to that fair so that Jeet follows her and Police will catch him along with Angel. Soumya says its the only way to serve justice to Heer. Preeto gets worried for Soumya but Soumya says nothing will happen to her. Flashback ends. Preeto gives blessings to Soumya and she leaves for fair. Jeet looks at Mahi and leaves from there. 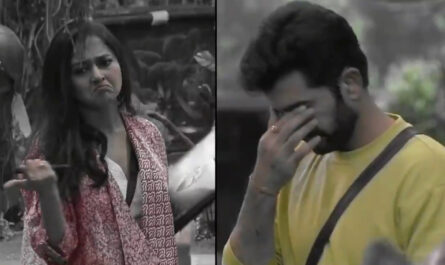 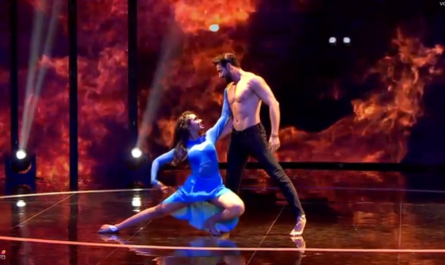 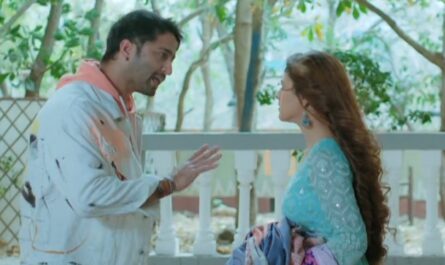