Harman shows sindoor box to Soumya seeing which she gets shocked and screams at him. She gets angry and questions him who has sent him and what he wants. She asks him how does he know about all the moments she spent with Harman Ji. 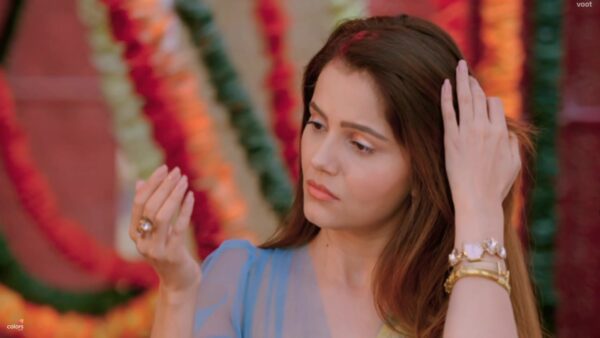 Harman explains Soumya about love and says he wants to unite with her once again by blessings of Goddess. Saumya asks him not to joke and says this is not his right. She throws away the sindoor from his hand. However, while its getting blown away, a bit of sindoor falls in hee maang too. Harman smiles seeing this and gets happy. Soumya gets shocked on realizing what happened. She was about to remove the sindoor but Harman stops her. Shakti shakti plays in background as their past moments are shown in flashback.

Nayan comes and gives laddoo to Parmeet and says they found Heer lying unconscious on road. Luckily they saw her and says Heer was so sick and after regaining consciousness she told them everything. Parmeet gets shocked and recalls how she had asked Heer to leave so that Kamini and Nayan don’t realize her truth. She says Virat will never accept Nayan till Heer is there. However, turns out Heer had just made an excuse to Nayan that she was made to leave from job as she added more salt in pulses. Heer further says not only about salt but also as Virat doesn’t like shake made by her. Virat who had been listening to everything tells her to stop acting and says if she wasn’t well she could have told him. He asks her to go and rest and later get recipe of shake from him. He strictly says this should not be repeated. Heer thanks Nayan. Heer recalls how she had overheard Nayan and Kamini talking, Nayan had been faking to be innocent all the while.

Harman tells Soumya to atleast ask him where he had been all the while. Soumya says her trust had been broken too many times so she can’t trust him. Harman tells he is tired of making her realize that he is Harman. She asks him to leave and not to harm her family. Harman says if he wanted to harm her family he should have gone to family members first and they would have convinced her that he is Harman. He gets angry and frustrated and bangs his fist on wall and asks her why is she not believing him and how can he not see his love. He asks goddess why has she kept him alive if his Gulabo isnt accepting his truth. Soumya tells him he can never be Harmanji for her and asks him to stop following her.

Preeto and whole family were praying together. Door bell rings and Soumya says she will check who it is. Preeto gets a strange feeling. Its Harman who has come, Preeto gets teary eyed holding flower she got. Soumya says Harman why did he come there while Preeto asks who is it. Preeto goes towards gate while Harman looks on. Episode ends on the faces of Harman, Soumya and Preeto 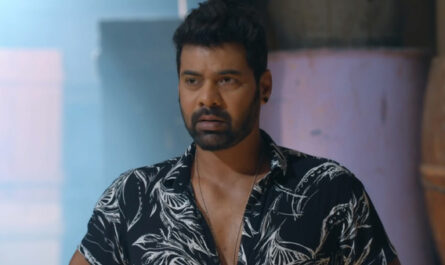 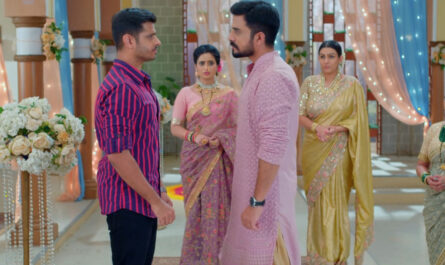 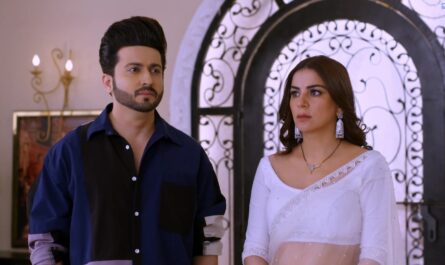