Srishti asks Sarla how do you know that Luthra’s have insulted Preeta, did anyone told you on phone then Sarla says that I don’t need anyone to tell me, I am your mother and I know you both very well as well as the Luthras. Sarla says Srishti is the younger one and she doesn’t understand things well and I can slap her too but you are the elder one Preeta then why you do this and why your break my heart. Preeta tells Sarla to sit down as she wants to tell her something. Mahira tells Sherlyn why shouldn’t I blame you as my marriage stopped because of you and your boyfriend. Sherlyn says you just focus on one thing that Rakhi and Rishabh still takes Preeta side so you have to do something that Karan only listens to you and not them. Sherlyn gives Mahira promise that no problem will happen now. 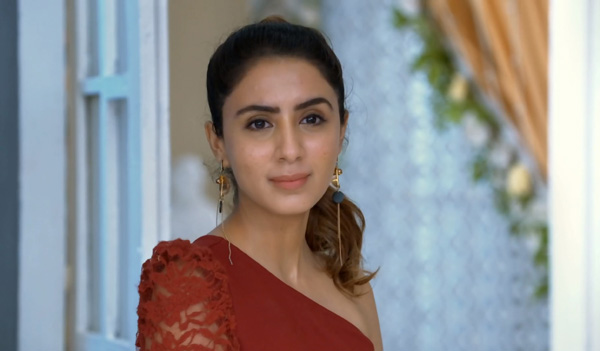 Kareena came to the room asking problem what problem what you both are talking about. Sherlyn hinted at Mahira with her eyes. Preeta tells Sarla maybe I shouldn’t have done all this and you get very annoyed because of me. Then Preeta reminded Sarla about what Rishabh has done for her when she came to Nasik with Srishti. Preeta says Rishabh is my very good friend and if someone kidnaps him in front of my eyes then I should have to save him. Sarla asks her why are you so kind as you suffer a lot because of your kind nature and I am so proud of you. Preeta hugs Sarla as Sarla was crying.

Mahira tells Kareena that aunty I was in a lot of tension because Rakhi aunty still loves Preeta despite of the fact she tried to stop my wedding. Kareena says you don’t worry as tomorrow you will get married to Karan and Preeta won’t be able to step foot inside this house. Mahira asks are you sure aunty then Kareena says I am dead sure beta and she hugged Mahira. Sarla kissed on Preeta’s forehead and says you don’t need to be so kind and leaves.

Janki tells Srishti to learn something from Preeta as how she handled the situation. Srishti says everyone has their own way to deal and its the mom’s mistake if she doesn’t understand by my way. Srishti says but I have saved everyone as I called Karan sir. Preeta grabbed Srishti’s ear and says why you called him then Srishti says I called Sammy but Karan sir picked the phone and I revealed everything without knowing who is on the call but in the end you got saved. Srishti and Janki left from there. Both Preeta and Karan stood near the windows of their rooms and thinks about the romantic moments they spent with each other (Do Pal Ruka Khawabon Ka Karwan played) . Preeta shuts the window and Karan wipes his tears.

Mahira came to Karan’s room and she thinks about the advise Sherlyn gave to her. Mahira says Karan will you marry me then Karan says I have promised you and I will marry you tomorrow. Mahira hugs Karan and says thank you. Mahira says what if Rakhi aunty says that Preeta is better then me or your brother Rishabh says that Preeta saved him which I know she didn’t as that goon was telling the truth. Karan says don’t worry I will marry you. Mahira says you have promised me about this a day before court hearing but everything got messed up during that time and it was not my mistake. Karan says I never break my promise. Mahira tried to hug Karan again but he gets away saying I am tired right now. Mahira leaves the room thinking I got what I want and even I know that you never break your promise.

Sammy comes to the room and asks Karan can he sleep on his bed as his bed got wet, Karan says what then Sammy says that window was open and it was raining outside so my bed got wet. Karan says ok sleep on my bed. Back to Arora house, Srishti comes to Preeta and says that it is raining outside and we can’t go out but lets open the window and feel the rain. Preeta says no as she doesn’t like rain then Srishti says I know rain reminds you of Karan sir and thats why you want to miss it but I like sound of rain a lot then Srishti opens the window. Preeta thinks that today Karan hasn’t got married but tomorrow he will get married to Mahira and I swear I will never see his face after that. Sammy tells Karan that you were taking Preeta’s name in sleep and saying that I don’t want to lose you. Karan says shut up Sammy and leaves then Sammy says its not my fault when he was dreaming about Preeta. Preeta was cleaning plates and Srishti thinks that she is trying to show that she doesn’t care about Karan’s wedding tomorrow but she is very tensed. Preeta thinks about what Karan told her regarding marrying Mahira tomorrow. 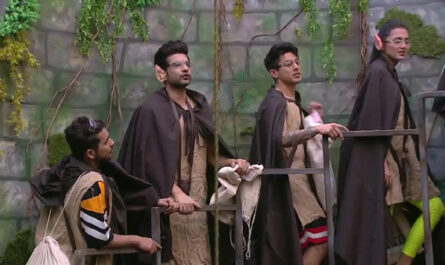