Yash, Sanjay Dutt, and Raveena Tandon starrer Kannada periodic action drama sequel film KGF Chapter 2 has emerged as the biggest blockbuster at Indian box office as far as the business at Hindi belts is concerned. The Prashanth Neel directorial venture which is the sequel to 2018 film KGF Chapter 1 has managed to gross ₹ 100.74 crores in the opening two days (Hindi belts only). After receiving a massive opening of ₹ 53.95 crores in Hindi belts on the first day, KGF 2 minted ₹ 46.79 crores from its day 2 business in the Hindi belts of India. From its Global box office biz KGF 2 might not be able to surpass the lifetime income of RRR but its looking very likely that this Gangster thriller will surely surpass the overall box office collection of RRR in the Hindi belts of India within the first week. 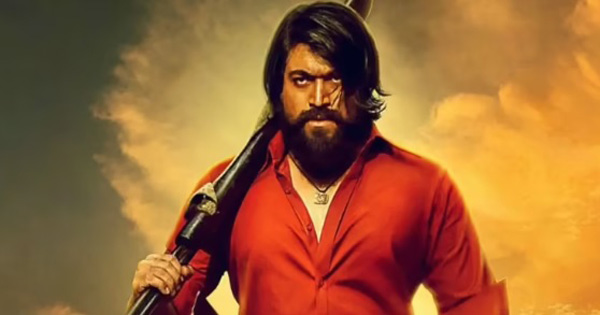 Within the blockbuster success of KGF 2, director Prashanth Neel has proven a point as per which, rather then spending almost 40-50% of the entire budget on actors & director Fee, its better to use that money in improving the overall quality of the content. Actors like Rocking Star Yash don’t take huge remuneration like SRK, Salman Khan, or Akshay Kumar but still they are emerging as much bigger stars in India then these Bollywood biggies.

Talking about overall box office collection of KGF 2 in two days, well this film has earned around ₹ 300 crores only from its opening Thursday and Friday biz. Till now KGF 2 has almost collected ₹ 200 crores in profits as only ₹ 100 crores has been spent on its making budget. Thalapathy Vijay’s latest film Beast has been made with ₹ 150 crores budget and this budget is higher then KGF 2’s budget, still KGF 2 is completely overshadowing the Tamil action film which proves that quality matters for the audience now a days.

As per our information, many cinema owners in India extended the overall occupancy in theatres to fulfil the demand for KGF 2 shows by putting plastic chairs in the theatre halls and by allowing audience to sit on the floor & to watch this film by standing in the halls. Right now three big South Indian films (KGF Chapter 2, RRR, and Beast) are running in theatres across India simultaneously and its becoming very hard for cinema owners to allocate the screens properly to fulfil the overall demand.

After receiving amazing positive reviews from the popular film critics, KGF 2 is now getting a lot of praise from the audience as well. Even popular Youtubers like Jaby Koey and Achara Kirk recently reviewed KGF Chapter 2 and they loved it a lot. Jaby said that as per his opinion story of KGF 1 was better then KGF 2 but overall KGF Chapter 2 has a much better pacing then KGF Chapter 1.

Bollywood actors Sanjay Dutt and Raveena Tandon are also receiving a lot of appreciation from the public for giving spectacular performances essaying the characters of main antagonist Adheera and Prime Minister Ramika Sen. People loved the Viking look of Sanju Baba in KGF 2 a lot as he looked very menacing & cruel and a worthy threat to the protagonist Rocky Bhai.

KGF Chapter 2 has absolutely rocked the Hindi belts of India on Saturday 16 April 2022. Day 3 overall occupancy rate of KGF 2 has been recorded around 70% – 90% which is just stupendous. In the states of Maharashtra, Delhi, Gujarat, Madhya Pradesh, Haryana, and Punjab, KGF 2 is enjoying an absolute free run right now as people are not even paying any attention to Beast Hindi dubbed version which is titled as RAW. 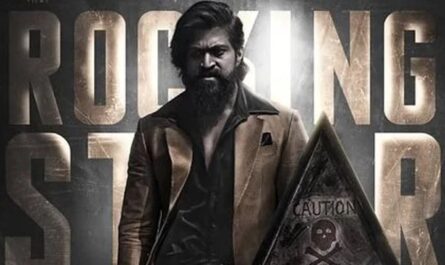