Vanraj sees Ritika from outside the restaurant he started thinking about his past with her. Flashback shown – Vanraj told Ritika that he saw a dream and in it he was giving a speech at an corporate event and in it he says behind his success is his Moti Baa, Baa Bapuji and his love Ritika. He tells her that he has just started seeing dreams and one day he will conquer the world for her. – Flashback ended. 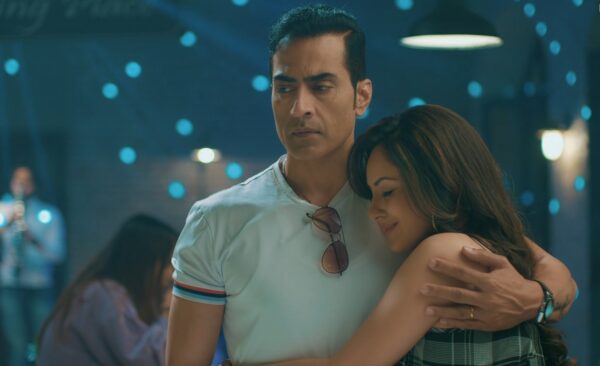 Vanraj drinks tea while stalking Ritika from outside the restaurant and he says that he never thought for whom he wants to conquer world, she will change her world.

Samar & Toshu got bumped to Anupama and trophies of Vanraj fell down. Leela says be careful as these are my son’s trophies and Moti Baa says they also belong to my grandson. Leela taunts Anupama saying have you ever gotten even a certificate and Moti Baa defends her saying that Vanraj is winning trophies because she is taking care of the house and kids. Moti Baa tells Leela that in new house we will have two cupboards and in one of them we will place trophies won by Anupama also one day Gutlu will be standing holding her trophy.

Ritika was still waiting for Vanraj at the restaurant and he was still stalking her from outside. Flashback started – Vanraj got late and he apologized to Ritika for it by saying that he got stuck because of family matters. Ritika says that it won’t happen after marriage because we will stay separate and you will get used to it after marriage Babu. – Flashback ended. Ritika orders another margarita.

Dolly was teaching English to Anupama and she was having difficulties in understanding it. Dolly says you need to learn the American accent because if you got lost there then you will get in big trouble. Anupama says I will learn for sure and you teach me. Finally Anupama says Namaste I am Anupama I love my India. Dolly says if you had problems then the people there will help you. Anupama tells Dolly about the issues which Toshu and Samar have also the concern she has about them being a mother. Anupama says I never stay away from this house for 7 hours after marriage and how will I stay away for 7 days. Dolly says don’t worry me, Bapuji and Moti Baa will take care of everyone.

Vanraj entered the restaurant and he hugged Ritika. Flashback started – Ritika breaks up with Vanraj as she agreed to marry her father’s friend son Ravi who works at Silicon Valley in USA. Ritika leaves him saying I love you but I love my life too. Vanraj cried as Ritika left him. – Flashback ended.

Anupama wonders what will happen at 6:00 PM today and she saw Vanraj’s expensive perfume after which she sprays it on herself. Perfume bottle was going to fall off her hands but she managed to save it from falling. Anupama says thank you to God.

Vanraj tells Ritika that he got married and he has two kids. He showed Anupama’s picture to Ritika and says she does very good dance. Ritika says I came here to be with you as I have realised I left a lot behind. Ritika holds his hand and says I love you. Vanraj puts her hand away and says I am happily married. Ritika tells him to stop doing this drama as I know you don’t even like Anupama because you don’t take her to parties. She further says I know that you are dying to hug me, hold me, kiss me. Vanraj says stop it. Ritika says I am leaving my husband and now its time you should leave Anupama.

Vanraj received a call from his boss and Vanraj tells him that Anupama forgot about the audition. Vanraj’s boss tells him to send the audition tape quickly. Ritika asks Vanraj, who is going to US? He says no one. He asks where were we? She responds nowhere but we need to reach somewhere. Vanraj says I don’t want to start this story all over again. Ritika says the end happens only in films and in real life we can have a new beginning whenever we want. Vanraj says I’m not interested. He says I am leaving as my family is waiting. Ritika cries hugging him and she says even I am waiting for you because I love you and I know you love me so you can’t leave like this. Vanraj says the ship has sailed Ritika so please don’t create any drama, I love my life too. Vanraj leaves from the restaurant and he stood outside. 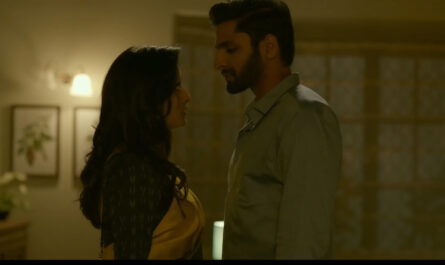