On a gambling stall and person was looting the people and two cops were watching all this from their jeep nearby but they were not doing anything. A lady named ‘Priya’ (Aahana Kumra) came and she stood near the stall. One cop asked the other that even ladies gamble now a days and the other responds that they can play brain game so don’t underestimate them.

At the dinner table Priya was playing the same game and she shows it to her husband Gaurav (Chandan Roy Sanyal). She tells him that some people were playing it on road and she joined them. Gaurav says its too risky. She says its fun. Gaurav says risk is fun for you. Priya plays with match stick and he says if you want to kill me then tell me. She says I like surprises and tells him how good it will be if no one knows about anyone then life will be more surprising, what fun. Later at night Gaurav works on his laptop and his wife Priya reads a book on bed.

In the morning, Gaurav was leaving for work and Priya tells him that she will go to see Nisha later in the day. She tells him that her marital life is a mess. Gaurav tells her that he is going to Pune this weekend. Priya says that she knows. Gaurav kissed her and leaves.

Gaurav saw two muscular persons and he asks a tea seller that who are they. The tea seller tells him that they are cops in civil dress and they are looking for a person who recently got married 2 months back and he left. He says that he might not have setting with his wife. Gaurav asks him that how many marriages have you done then tea seller answers saying half marriage.

Priya was playing a game on her mobile phone in her car as traffic light was red and she says game on. Game gets over and she says shit. Light truned green and car in the back horns at her and she says yeah I am leaving.

Priya meets Nisha (Anindita Bose) at a cafe and Nisha’s husband was beating her (Domestic violence). Nisha says that she also punched her husband two times lasst night and he was bleeding. Priya says to her, lets go with me for a ride. While having the car ride, Nisha tells Priya that I have read it somewhere after sometime love needs new forms of expression. Priya says yeah at first you got love bites and now this. Nisha says that you don’t need to be sarcastic as sometimes you look like Anand (Nisha’s Husband) to me as it appears he plays mind games with me. Priya says then you should play the game back.

Gaurav sees a fridge at a store and he sends its picture to Priya via Whatsapp but Priya did not respond. Gaurav calls her and asks her that why you did not respond then she says I don’t care. He says fridge got old then she says yeah our marriage also got old. He says but we can buy a new fridge and Priya disconnects the call.

Priya gets back in her car with Nisha but there was a guy on a bike and he called her aunty, saying that your place is in kitchen. Priya teaches him a lesson and makes him rub his nose on street. Nisha asks her, what if he is dangerous. Priya smiled and leaves from there.

Priya was eating chips on her couch. Gaurav asks Priya that it seems you had a good day. Priya says yes. Gaurav asks how is Nisha. Priya says that she is a mess as she can’t live with Anand or even can’t live without him. Gaurav says stockholm syndrome, she doesn’t like freedom and she gets fun in it. Priya asks him what do you know about fun. He asks Priya do you get a sense of fun and freedom when I leave every weekend to Pune for work.

Priya went to the same gambling stall and she started betting. Firstly she plays wirth 3 cups (300 – 900). In the first few games Priya lost but then she wins a lot of games. The stall owner asks her, will she play with 4 cups and Priya agreed. Priya puts Rs 1000 and wins the game. The stall owner gets very sad as he lost a lot of money, He says game is over for today. Priya gives him some money and tells him that its advance for next time but he says that he can’t take this money as its game rule otherwise game will die.

Nisha had lunch with Priya at a restaurant and she tells him about her cousin who got arrested because of hacking. Nisha says that he told her that Arthur Road Jail is a very peaceful place and he had a nice time there. Priya says lets send our husbands to jail and it will be a break for you and me as well. Nisha laughed hearing this.

Priya was playing the mobile game at a traffic signal in her car and cops were making fun of her. Priya says while playing the game, if I break the rule then game will die or maybe a new game will emerge.

Priya asks Gaurav the same question which he asked her, do you have fun when you leave me for the weekends. Gaurav did not answered. Priya says should we leave each other. Gaurav says I would rather get bored with you rather then having fun without you. He asks her whats your problem as your life is fun, full of surprises.

Priya roams around in the city and she looked nervous. Priya comes back to her house and she had some wine sitting on her couch. Lights turned off and it seemed that someone was keeping an eye on her. Priya went to her room and lights came back. Priya changes her top and it appeaared that someone was watching her from outside. Priya starts working on her laptop and she receives some pictures on her whatsapp. She sees the picture and those were the pictures of her changing her top, Priya gets scared.

Priya calls Gaurav and tells him that someone is stalking her but he did not believed her. Priya sees the prices of CCTV Cameras on her laptop.

At cafe Priya tells Nisha that she is getting stalked by someone but even Nisha takes it lightly. Nisha went to the washroom and a waiter gave a note to Priya. The note says, ‘Don’t you think you derserves to be punished for what you have done.’

Priya was in her room and she receives a whatsapp message saying ‘You think you are safe, Yoiu think you got away.’ There was a picture of Priya with Nisha in that message also. The stalker was once again stalking her from outside. Someone tries to open the door from outside, Priya takes a knife in her hand but it was Gaurav. He asks her what happened, are you okay. He further says relax, I am here. They both started kissing each other and they made love on bed.

After making love Priya asks Gaurav so how did you feel after stalking from outside the window of your house. He says my heart was racing baby as it was so exciting. Gaurav asks her what did you liked the most then Priya says that cafe note that you will punish me. She asks him so how will you punish me, I am waiting.

Priya comes out of the shower and she was putting lotion on her body. Priya tells him that we need to take it to the next level by involving a cop. She asks Gaurav to kidnap her and Gaurav says why not.

Gaurav purchases all the tools to kidnap Priya including a knife, a gun etc from a black market person. Later that night Gaurav tries to kidnap Priya from her house by putting a knife on her throat. Priya tries to fight him but he puts her on bed and he starts choking her. Priya was having problem breathing. Gaurav asks her what happened baby, did I hurt you. Priya says that was my fantasy.

Next morning Police takes Gaurav to the police station. Gaurav says that it was a misunderstanding as he was just roleplaying with his wife. Police says that hia wife has complained against her. Priya came to the police station with fake marks on her face and she starts blaming Gaurav for domestic violence. She tells cops that they have evidence so keep him there. Cops showed CCTV footage to Gaurav in which he was putting knife on Priya’s throat and choking him. Cops told him that they will put him in Arthur Road Jail.

Priya in her car was playing the game on phone and she reaches the next level. Priya cleans all the fake marks from her face. Priya went to the gambling stall again and she was emotional. Priya wins again and she says next level. Stall owner places one more cup. Cops were watching her from nearby and one cop asks another, Will madam win or not. The other cop says that you are asking the wrong question as you should have asked, Will madam stop or not. Priya wins again and the stall owner asks her what now madam. Priya started crying. 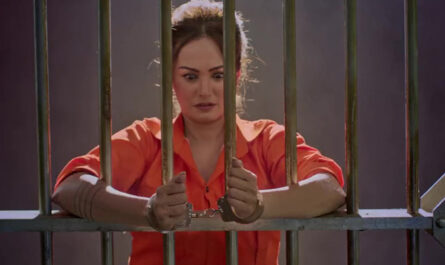 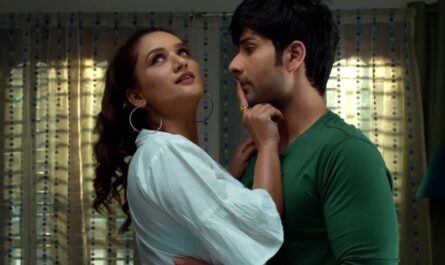