A Bengali girl named Keya (Patralekhaa) sits on a hand pulled Rikshaw and she goes to meet a Pandit. Pandit tells Keya that you are manglik so there can be problems in your marriage but there is nothing to worry. The Pandit tells her about a few rituals that she needs to do. Keya comes back to her home and tells her caretaker (Shanti Kaki) that Pandit Ji has told her not to worry as everything will get alright. 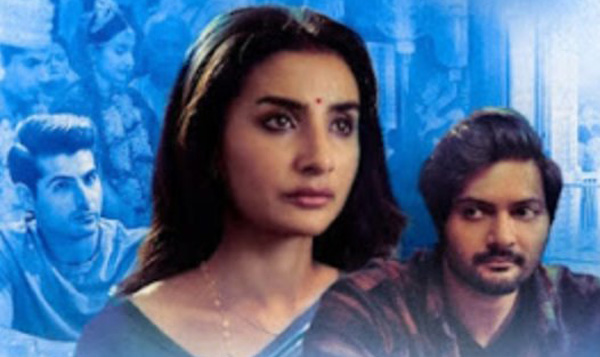 Neel (Omkar Kapoor) was having dinner on table with his father and friend ‘Dev’ (Ali Fazal). Her mother asked him about when will he get married and he had an argument with his mother. Neel tells her mother to find a girl for him first and she gets happy as he got agree to marry. Dev receives a messsage on phone and he leaves the dinner table. Neel went with Dev as well. On the way Dev advices Neel to tell his parents the truth that he loves someone.

Next morning Neel was leaving for the work and he was in a hurry. His mother tells him that they have found a girl for his marriage and they are going in the evening to see her.

Keya’s caretaker Shanti Kaki was pouring a liquid on her head and she tells her to go and take a shower now as no groom will be able to say no to you now. Neel’s parents came to see Keya and her father introduced them to their family and Keya. Dev came and Neel’s parents got shocked seeing him there. His father says that Dev is his son. Its turns out that Dev is Keya’s cousin. Neel’s parents says that you did not told us Dev that you have such a beautiful cousin. Neel’s father says that its a small world. Dev’s father says that its very nice as now both these cousins will become friends. Dev says in a taunting way that I like Keya a lot and I got very famous in achool because of her. Keya gets sad and Dev leaves.

Neel meets Dev and he asks Dev what happened. Dev says that don’t you understand your parents are getting you married with my cousin. Neel tells Dev that you know that we are different and also our rules of the world but this can work for us as she won’t have any problem with our relation. Girls want their husband and brother to be friends. Dev tells him that I don’t have a good relation with Keya then Neel tells Dev to sort it out. Neel takes Dev to a corner and tells him that baby you know that I love you after which they both started kissing each other.

Neel and Keya were having a date and Dev came there. Neel tells Keya that he called him here. Keya makes some fun of Dev as he tells Neel that how in their childhood Dev came in her room wearing her frock and puts on makeup and in those clothes he went to school and whole school laughed at him. Dev gets a bit angry but Neel calms him down saying that these kind of pranks happens in childhood. Dev says yeah your are right, Deepu Bhaiya’s Prank, Sonu Bhaiya’s Prank. A flashback was shown as Dev’s brothers were forcefully making him romance a girl without his consent and he was screaming. Keya was watching all this from outside the room and Dev was crying for help but Keya did nothing. Flashback ends and Keya gets sad.

Neel’s parents were making preparations for his marriage with Keya. Neel asks his father aren’t you making a hurry. His father tells him that we are seeing a 1 BHK Flat for you both and after marriage you will stay there with Keya. Neel’s mother says that after marriage daughter leaves the house not son. Neel’s father responds that it seems you will make both of them leave the house. Neel’s mother tells his father to stop smoking and she leaves as Neel looks at the wedding card.

Neel and Keya’s marriage takes place and Dev was also present there. Dev got emotional seeing Neel getting married to Keya. Neel’s mother tells Dev that there is no need to cry as your sister is coming to our house so whenever you want, you can come there.

Neel and Keya came to their bedroom and Neel was changing the clothes. He asks Keya what are you looking for and she says that I am searching for my nighty. Neel tells her that in the cupboard there are his clothes so she can wear them. Keya unhooks her blouse but Neel leaves the room. Next morning Neel brings tea for Keya and he plays with her hair after which he went to take a shower. Keya gets happy.

Dev was drinking at a club and two guys came there. The guys started making fun of the waiter calling him a homo. Dev asks them about how a homo looks. Both the guys says you don’t look like one and they said bad things about homo’s. Dev says I am a homo and he breaks a bottle on one of the guys head. Waiter calms down Dev.

Dev was drinking in the balcony of his house and he makes a phone call to Neel. Neel makes a drama in front of Keya saying that he has a call from London and it will be a long call. Dev tells Neel that Neel wants to romance Keya and Dev doesn’t believe Neel anymore. Neel assures Dev once again that he loves him.

Neel was eating his breakfast and he tells Keya that from next week he needs to go to Mumbai for 2 days every week for work purpose. Keya gets sad and Neel tells her that you will also go with me sometimes for a change and he leaves then. Keya calls Shanti Kaki. Dev saw Shanti Kaki leaving with Keya on a hand pulled rickshaw. Dev follows both Shanti Kaki and Keya. Shanti Kaki and Keya went to a brothel and Shanti Kaki tells the brothel owner to teach Keya on how to romance her husband. Keya watches the other girls in the brothel and learns.

Keya had a dream in which she was making love to Neel but when she finds that it was only a dream, Keya gets sad and she sleeps with Neel on bed doing nothing. Next morning Neel leaves for work and Keya went to meet a therapist named Doctor Harold Fernandez. Dev follows Keya. Doctor Fernandez tells Keya that either his husband is impotent or either he’s a homosexual. Doctor Fernandez started saying bad things about homosexuals. Dev searches about Dr. Harold Fernandez on the internet and about his claims of curing Homosexuality. Dr. Fernandez tells Keya that if your husband is a homosexual than she has came to the right place.

Keya tells Neel that tonight his father’s friend has called them for dinner. Neel agrees to go with her. Neel calls Dev and tells him that he can’t meet him today as he is going with Keya to a dinner. At the dinner Dr. Fernandez tells Keya, taking her to a corner that she needs to make him meet Neel a bit more often after which he will get more communicative and he will start the treatment.

Neel and Dev were together on bed and Keya called Neel but Dev cuts the phone. Neel tells Dev that Keya will remain a part of his life. Neel tells him that he has married Keya just because of his mother’s bad health condition. Neel makes Dev realize how much he loves him and kisses him on his forehead. Keya was waiting for Neel on the dinner table and Neel came late at night. He tells her that he is doing hard work for their better future but tomorow he will come definitely on time. Neel says tomorrow he needs to go to Mumbai and Keya gets sad.

Next morning Neel leaves in a taxi and Keya follows him in a auto rickshaw. Keya saw Neel going into an apartment and she also saw Dev going there as well. Keya calls Dr. Harold Fernandez and tells him that Neel is Gay and her brother Dev is also a homo and she hates him. Dr. Harold Fernandez tells her to come with Neel tomorrow for dinner and he will treat him.

Dev went into the Dr.Fernandez lab and he asks Keya about what is this. Keya says that you both are ill but Dr. Fernandez will cure Neel. Keya had an argument with Dev telling him to leave his husband. Dev by mistake pushes Keya on the electric chair and she gets a shock. Light turned off at Doctor Fernandez’s house. Dev came to Neel and he went with him to see Keya. They both started crying as Keya died after getting the electric shock.. 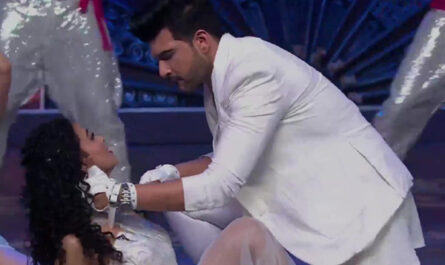