After a long break due to Covid19, NXT UK has finally returned on the WWE Network starting today as we saw Kay Lee Ray picks her opponent for her next title defense. Mark Coffey and Wolfgang competes against Kenny Williams and Amir Jordan. NXT UK Heritage Cup was announced which will kick off next week. Isla Dawn and Aoife Vaalkyrie locks horns in the ring. In the main event Ilja Dragunov faces Noam Dar in a singles battle.

Mark Coffey and Amir Jordan start the match off with Mark dropping Amir with a shoulder block before they run the ropes and Mark gets a two count by a back slide. Amir locks in a side headlock before hotting Mark with a dropkick and tagging in Kenny Williams who hits an ax handle off of the top.

Mark Coffey tags in Wolfgang before Amir Jordan and Kenny Williams isolate one half of the tag champs until Wolfgang nearly turns Amir inside out with a clothesline. Mark drops Amir with a flying uppercut before Wolfgang comes in and locks in a straight armbar. Mark gets the tag and locks in a cravat on Amir before Amir drops Wolfgang with an enzuigiri and gets the hot tag to Kenny.

In the final moments of this match Mark Coffey knocks Kenny Williams off of the apron before hitting Amir Jordan with an enzuigiri into a power slam by Wolfgang for the pin and the victory.

After the match, the rest of the NXT UK Tag Team division comes out and surrounded the ring as we went into the commercial break. Back from the break, Saxon Huxley cuts a promo standing behind a piece of chain link fencing.

Ilja Dragunov takes Noam Dar down and punches him in mouth before Dar gets to his feet and backs him into the ropes for a not so clean break. Both the superstars dodge each other’s strikes before Dragunov hits a running cross body for two count before hitting a chop to the throat into a senton.

Noam Dar successfully manages to get out of the way when Ilja Dragunov goes for a 619 and gets back into the ring before meeting Ilja on the top rope. Dar kicks the legs out from under Ilja and sends him crashing down onto the mat for two. Dar kicks Ilja in the chest and chokes him in the ropes before hitting a northern lights suplex for two.

Noam Dar stomps the leg of Ilja Dragunov before Dragunov comes back with a dropkick and a suplex into a running knee in the corner. Dragunov hits Dar with a lariat before countering the Champagne Super Knee Bar before getting a near fall off of the Constantine Special. At the end of this match Dragunov hits Dar with Torpedo Moscow for the pin and the victory.

After the end of this match, NXT UK Champion WALTER comes out on stage and both him and Ilja Dragunov had a stare down at each other as the show went off the air.

1. NXT UK General Manager assistant Sid Scala standing in the ring welcomes everyone after which he gets interrupted by Ilja Dragunov. Dragunov enters the ring and says that he’s been waiting since the past six months for a shot at WALTER’s NXT UK Championship. Noam Dar comes out and mocks Dragunov before Dragunov hits a suicide dive and they had a brawl before they got separated by the officials. Sid then announces that Dar and Dragunov will face off in the tonights main event.

2. The NXT UK Women’s champion Kay Lee Ray comes out to the ring and says that she will be defending her title against Piper Niven on the next week episode of the show. Kay Lee Ray talks about their contributions to women’s wrestling in the UK before saying that everyone will find out that she’s just a little bit better than Piper. Piper comes out and says that Kay Lee Ray is all talk these days and that she should tell everyone the truth of how many times she’s beaten Kay Lee Ray in Japan and the UK. Kay Lee Ray then responds that Piper hasn’t beaten this version of Kay Lee Ray before she goes for a cheap shot, but Piper was ready.

3. A video promo package featuring Isla Dawn and Aoife Valkyrie ahead of their match up next was shown as we went into the commercial break.

4. An announcement of the NXT UK Heritage Cup was made which will kick off next week after which we get to see some promos and video packages for the eight man in the match as we went into commercial break. Back from the break, a graphic of Pete Dunne was shown who will be returning to draw the names for the Heritage Cup next week. 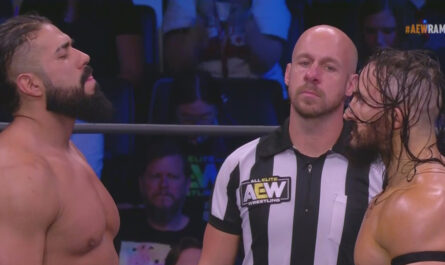