At the start of NXT 2.0 episode today on 5 April 2022, NXT Champion ‘Bron Breakker’ entered the ring and he talked about how wild WrestleMania weekend was for him. Gunther interrupts Breakker and he says that his reign means nothing until he steps in the ring with Ring General. Breakker says if he wants a title shot then he can have it tonight. The Creed Brothers walked down the ramp and attacked Fabian Aichner and Marcel Barthel while IMPERIUM was on their way back. 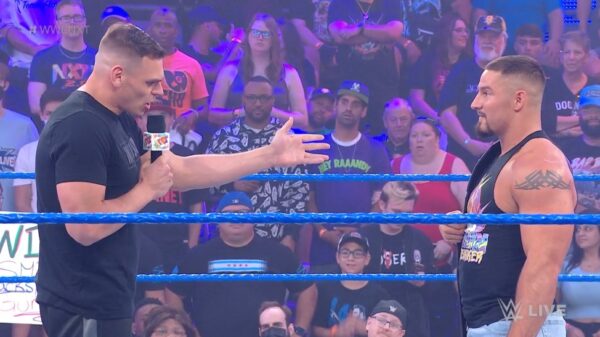 Backstage, McKenzie Mitchell interviews Toxic Attraction. Jacy Jayne and Gigi Dolin says that if it was not for Wendy Choo, they would still be tag team champions, and that Raquel Gonzalez and Dakota Kai’s reunion makes them sick. Mandy Rose says that when someone gets them angry, they will get hurt, and Toxic Attraction will get all the women’s gold back.

Backstage, McKenzie Mitchell interviews Tiffany Stratton and she says what happened to her last week was a travesty and nobody is talking about it. She further says that Sarray will not see the sun again after what she does to her and that she is not a loser.

Backstage, McKenzie Mitchell interviews Dakota Kai and Raquel Gonzalez. Kai says they’ve done more damage to each other than Toxic Attraction ever did and then Raquel says that Toxic Attraction made threats because they are scared. Raquel further says that they have been the two dominant women in NXT and are as dominant as ever now that they are two-time NXT Women’s Tag Team Champions.

AJ Galante introduces Tony D’Angelo to the ring. He says the code of silence can never be broken, and if he breaks it, he will burn in hell. Galanti says his position is a position of honor and asks if he is ready to take it. D’Angelo says yes, and is handed a simple gold ring before Galanti kisses him on the cheeks. Galante announces that Tony D’Angelo is official the Don of NXT. The two of them drink some wine.

Backstage, Tony D’Angelo and AJ Galanti were met by Legado del Fantasma. Santos Escobar congratulates Tony D’Angelo, and says he is no stranger to being a boss, then tells him to keep his business out of their business and everything will be okay.

Rick Steiner shows up on the TitanTron and congratulates Bron Breakker on his win against Gunther, then we find out he is in a cage surrounded by Joe Gacy and Harland. Gacy says he told Breakker that family is everything and that he and Harland will see if they can teach an old dog new tricks before Harland smacks the cage with a chain. 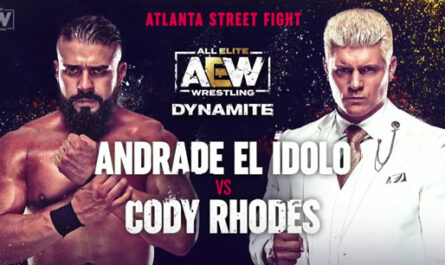