Ratna wears the earrings and Shekhar says that in these earrings you are looking very beautiful. Ashok went to the jewellery shop and he gave advance ₹ 50,000 to the shop owner to buy earrings for Ratna and shop owner says that you will get the earrings within 2 days. 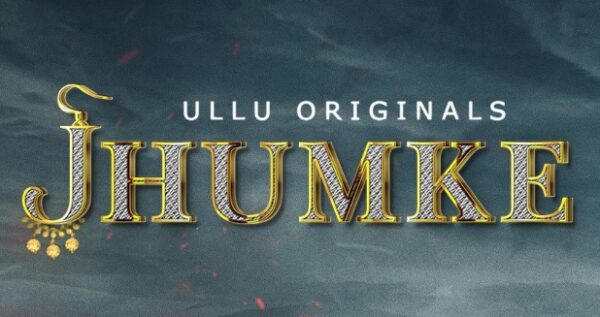 Ashok meets Urfi and he asked him, why are you looking so happy. Ashok says I booked earrings for you bhabhi. Urfi asked about the price and Ashok says ₹ 3 lakh and 15000. Urfi says how will you arrange this much money. Ashok says through bc. Urfi says but that will take so many months. Ashok requested Urfi to help him in arranging money as he has given ₹ 50,000 advance. Urfi says I know a person who can help you but he takes a lot of interest and Ashok says no problem I will pay him back by working day & night.

At night Ratna was once again staring at the earrings and Ashok was looking at her while sleeping on the floor.

Next morning Ratna was helping Shilpa in getting ready for school. Ashok says you are looking very happy today Ratna. Shilpa says she is happy because I did not got ill after eating ice-cream. Ratna tells Shilpa to finish her tiffin and then Shilpa leaves for school.

Ashok paid the jewellery shop owner and he purchased the earrings from him. Shekhar kissed all over Ratna’s body and then he lifts her in his arms after which he puts her on bed. Shekhar started making love with her while Ratna was looking at earrings placed on the table.

Ashok comes back home but there was a lock on the door. He wonders why didn’t Ratna came back and then thinks that maybe there’s a lot of work at Priya mam’s house. He tries to call her and Ratna tries to pick the phone but Shekhar grabbed her arms as he was making love with her on bed. Ashok says that I will go to her work place and take the key from her.

Ashok comes to Priya’s home and Ratna was sitting on Shekhar’s lap topless while she was staring at the earrings on table. Shekhar was having fun with her. Bell rings and Ratna wonders who came at this time. Shekhar opened the door and he gets shocked seeing Ashok. Ashok says that he came to take keys from Ratna and Shekhar says that she left from here long ago. Ashok made a phone call to Ratna and he hears bell ringing in the bedroom. Ashok forcefully entered the bedroom and he gets shocked seeing Ratna’s undergarments lying on floor. He saw earrings on her ears and then he slapped her. Ashok took the keys and leaves from there.

Ashok came back home and he started crying. He throws away the earrings he purchased for Ratna after which he grabbed the knife. Ratna came and she tells Ashok that it happened all of a sudden. Ashok says you did it intentionally. He throws her out of the house and separates her from her daughter Shilpa for selling herself for earrings.

Ratna went to Shekhar’s house and she pleads him to give him a place to live for a few days. Shekhar gives her some money and tells her to leave for her village. He tells her that she wanted earrings and he wanted her body. Ratna thinks of selling her earrings so she can go to village. She went to jewellery shop to sell her earrings. Owner of the shop tells her that the earrings are duplicate and she won’t get a single penny for them.