Pawan at the holi celebration party asks Mahesh Luthra about Prithvi. Mahesh recalls about the past incident how he slapped Pawan and how Pawan threatened him. Pawan says to Mahesh that Prithvi is his brother and asks did he saw his brother. Mahesh holds Pawan’s collar and says he recognised him. Pawan realises that he is talking to Mahesh. Mahesh says to Pawan that now he understood who is Prithvi. He says it’s good that till now he didn’t expose Prithvi, Sherlyn and Mahira says now he knows the complete truth so he can reveal everything to his family. Pawan says to Mahesh that he misunderstood him. Mahesh says he knows Pawan’s intention and now he also knows why Prithvi entered Luthra house. He says Rishabh doesn’t know that Prithvi is Pawan’s brother. He decides to tell the truth to Rishabh and others and leaves from there.

Pawan decides to kill Mahesh and follows him. Mahira wonders why Pawan following Mahesh. She decides to tell about Pawan’s arrival to Sherlyn. Sherlyn pours kerosene everywhere and says if she can’t win then she won’t let Luthra’s win also. Mahira stops Sherlyn. Sherlyn says to Mahira that she has to kill everyone before Prithvi reveals everything to Preeta. Mahira says Sherlyn is not understanding the situation and asks how can she forget Pawan. Sherlyn asks Mahira to not take Pawan’s name. Mahira informs Sherlyn about Pawan’s arrival. Sherlyn learns that Mahesh saw Pawan and he also recognised Pawan.

She says if Mahesh recognised Pawan then it’s going to be the last day for Mahesh. She says last time, Mahira pushed Mahesh from stairs but this time Pawan will kill Mahesh definitely. Mahira asks what’s the connection between Luthra’s and Pawan. Sherlyn says everything started because of Pawan only and says that’s secret so she can’t tell her about it. She says Pawan will handle Mahesh and decides to go to Prithvi and leaves from there.

Preeta tries to ask Prithvi again about his revenge. Mahira says to Sherlyn that they have to stop them. Sherlyn asks Mahira to hide and enters the guest room. She says Mahesh asked everyone to gather in the living room because he wants to talk about something important. Preeta, Karan and Sameer leaves the room. Srishti says to Sherlyn that maybe Mahesh wants to say who pushed him from stairs and leaves from there. Sherlyn injects Prithvi with Mahira’s help. Kareena notices Mahesh’s expression and asks what happened to him. Rakhi says Mahesh needs to take rest.

Preeta asks Srishti to bring water. Mahesh talks about 2010 incident and says someone attempted to kill him. He says he wants to reveal one more secret. Sherlyn shocks hearing Mahesh and regrets for gathering everyone in the living room. She thinks they will end up in jail if Mahesh revealed the truth then. Prithvi regains his consciousness and searches his mobile. He finds his mobile and watches the recording done by Srishti. He says Preeta did wrong with him and gets shocked seeing Mahesh. Rakhi asks Doctor that what happened to Mahesh suddenly. Mahesh sees Prithvi. 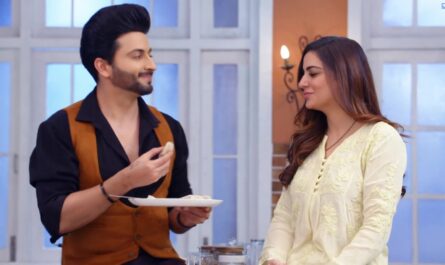 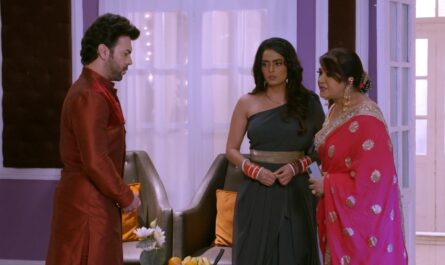 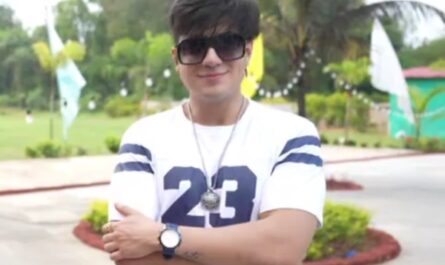