Preeta in the disguise of Kritika rings the bell of Akshay’s room after which Akshay hides all the money before standing to open the door. Kritika prays to God that Akshay won’t find out that its not her but Preeta because if Akshay realizes that it is not her then their plan would be ruined, and she once again prays that Preeta successfully completes their plan.

Akshay opens the door and gets shocked seeing Kritika covering her face, he inquires what is the reason, Preeta plays the recording that asks Akshay to hand over the pictures, Akshay questions why did she cover her face so she says that it is because she does not want to be seen with him, Preeta questions Akshay asking him to hand over the photo however he says that he has changed his mind and not only wants the money but also to spend some time with her. Preeta slaps Akshay but he removes her dupatta and her face gets revealed. Akshay says ok if not Kritika then I am happy withPreeta and he pushes her onto the bed but she does not let him force himself and hits his head with a wooden tray asking if he forgot that he was with Preeta and not Kritika, she gets up and taking the pen drive and photos and was about to leave but then she also takes his laptop with her.

Mahira finalizes the order and starts smiling thinking that she is having lunch with Karan and now Preeta should not come, Karan notices her smile so inquires of the reason, she responds that she is smiling because got married to him, The karan Luthra who is loved by a lot of women yet he married the girl with whom he always used to fight but now loves so much, Karan asks what was the point because she does not care for him and did not even come to the date, Mahira disagrees explaining that she actually cares for him a lot, Karan is joyed that he got his old friend back with whom he used to play in his childhood, they start talking about how Karan used to tease her on Holi, Karan warns her to watch out the next day, Mahira asks if he remembers what Sameer did to her on holi, they are about to discuss when Karan gets a call from Sameer, Karan feels that he is worried however Sameer explains that Mahesh uncle opened his eyes but did not come out of the come however when the informed the doctor he mentioned that it is a sign of a miracle that is about to happen so he should come back, Karan in excitement leaves to pay the bill.

Mahira immediately calls Sherlyn seeking proof, Sherlyn reveals that it is indeed the truth and she also just came to know about it however asks her to not worry because Mahesh uncle comes out of the come a lot of times and goes back in the coma but they should not worry, Mahira also mentions she got worried after Karan got the news, Sherlyn asks if she is with Karan and how was she able to keep Preeta away however Mahira mentions that she did not come which is weird, Sherlyn however gets tensed.

Preeta comes running to Kritika handing all the belongings which she snatched form Akshay mentioning how she thought that he might have something in the laptop which is why she also brought it and now there is nothing to worry about, Kritika starts getting tears in her eyes when Preeta asks her to not waste any more time because they also have to change, Kritika places her belonging on the car then destroys the pen drive, Preeta also advises her to destroy the photos and brings the lighter, they are able to get in the car and leave.

Preeta reaches the hotel asking the waiter about Karan, the waiter mentions that he has left after waiting for a lot of time, Preeta then leaves wondering that he might be really angry with her when Mahira is actually waiting for Karan who comes with bruises on his hand, she asks what has happened and he mentions that he got in a fight with someone who was saying awful things about Kritika, they both then leave for the house.

Prithvi in his room is angry, he mentions this is the price for being in love with Preeta. Prithvi was walking in the hall, he gets shocked to see the entire family in the hall and bumping into Sherlyn asks what is the occasion and if they think he is going to marry in the middle of the night however Sherlyn tries to explain that it is something really important, Pammi Chachi notices them both and starts staring, Prithvi sees her so they both come down.

Kritika enters the door, Prithvi thinks that she would surely come to seek his help and his plan is now fulfilled, Karan also enters the Mahira, Rakhi asks him to talk with the doctor, who explains that it is nothing short of a miracle and he will send his professional team within half an hour and turns to leave, Prithvi rushes to stop him asking how did this wrongful act happen, he immediately clarifies that he meant this blessing, the doctor reveals it happened because someone gave him an injection not prescribed that caused the reaction, Prithvi immediately looks towards Sherlyn who gave him an injection, Sherlyn gets scared thinking that Mahira brought the injection.

Prithvi starts shouting at them both asking why did they have to give the injection, Sherlyn says it is not her fault because Mahira brought the injection, Mahira immediately asks them to not look at her as she was only following his order, Prithvi asks what did he say to her, then recall that he said they do something that causes Mahesh to go back in the coma and not bring him out to life, Mahira says it is not her fault however Prithvi immediately blames Mahira who tries to reason and they get in an altercation, Sherlyn calms them down but they both leave, she thinks that they are getting away and their trust in not the same which is really bad and Preeta always wins without even doing anything.

Karna was in the room thinking of his plan to go on a date with Preeta, yet she did not come, Preeta enters the room apologizing for not being able to come to the date, Karan refuses to listen and lies down on the bed, Preeta tries to apologize however he says that he is going to sleep in the other room, Preeta takes his hand however he snatches it away trying to leave however she locks the door and starts playing a song, she forcefully dances with Karan trying to calm him down and is also able to succeed, Karan finally pulls her closer and they both dance together. 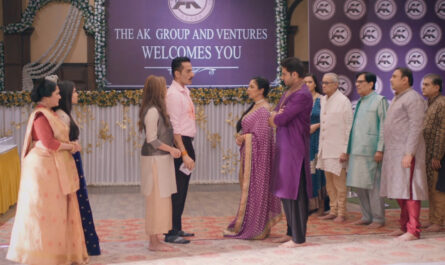 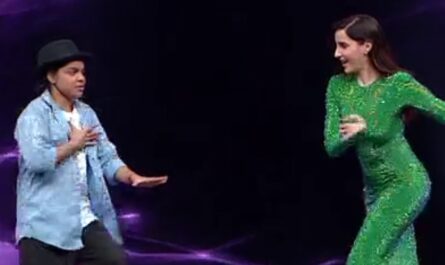