The episode started with Sejal (Sana Sayyad) from Spy Bahu coming on stage and she says that she came here to do Garba. She further says she is a walking CCTV camera as she sees from four eyes, her glasses fell down. Ritvik Dhanjani and Sugandha Mishra were having a lot of fun with her. Sugandha tells Ritvik that she is missing her mother and Ritvik says that we have mothers from Colors.

Seema, Sunita, Kulwant, and Gitanjali from different Colors shows came and they gave a dance performance on songs. Seema aka Sudha Chandran danced on Holiya mei ude re Gulal. Kulwant aka Anita Raj danced on Haye Chaka Chak song. Sunita and Gitanjali danced on Pinga song after which they finished their performance on Balam Pichkari. Ritvik Dhanjani puts colours on faces of all four Seema, Gitanjali, Sunita, and Kulwant.

Gaaurav Dave came as fake Amitabh Bachchan and he cracked a few jokes.He called Sejal, Yohan (Sehban Azim and Sana Sayyad) on stage along with Sirf Tum’s Raveer and Suhani (Vivian D’Sena and Eisha Singh). Fake Amitabh gifted a few things to Ranveer and Sejal. At last fake Amitabh left the stage on a toy car.

Sejal brough fire extinguisher and she says she brought it because she heard that three people are about to arrive and they are going to put the stage on fire. Pratik Sehajpal danced on Lahoo Muh Lag Gaya. Shamita Shetty danced on a Marathi song and then she performed on Ram Chahe Leela. At last Nishant Bhatt danced on Jai Jai Shiv Shankar song.

Ritvik gave a task to Shamita, Nishant, and Pratik in which Shamita has to throw water balloons on Pratik and Nishant has to save him with an umbrella. At last Pratik, Nishant throws balloons at Shamita and everybody had fun.

Shesha (Adaa Khan) from Naagin gave a dance performance on Khoya Hai and it was too good. After that Pratha (Tejasswi Prakash) from Naagin 6 danced on Nadiyon Paar and it was fantastic. At last Adaa and Tejasswi danced on O Saki Saki Re and it was wonderful.

Gaurav Dave came as fake Naagin and he called Pratha. He introduced himself as MonaConda and cracked some funny jokes with Pratha. He says I will come as lead in Naagin 6 and Pratha says I am already in Naagin 6 so you should try in some other season. At last he left the stage crawling.

Ritvik made a phone call to Jasmine and asked her about Tejo and Jamine was crying. Fateh saved Tejo from falling down and then he danced with her on Ek Kudi song.

Urvashi Dholakia gave a dance performance on Je Mainu Yaar Na Mile song . Shalini from Spy Bahu, Tulika from Nima Dengonzpa and Reema from Sasural Simar Ka 2 came dancing on Kusu Kusu song after which all three drama queens ended the performance. Gaurrav Dave came dressed as a cop and he had a funny interactiuon with them. He acted as Ajay Devgn and Akshay Kumar.

Ritvik Dhanjani danced with kids from Dance Deewane upcoming season and all of them had a lot of fun on stage. After the dance performance Sejal learned some dance moves from the kids and she danced with them. Ritvik and Sugandha throws colour on Sana Sayyad and then they gave gifted her a hamper to clean it. 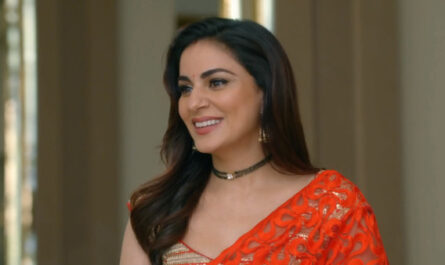