Heer was managing everything at Virat’s house but by mistake she took Virat’s name and then recalls that Virat told her to call him sir. She says Virat loves to have ginger tea early morning. 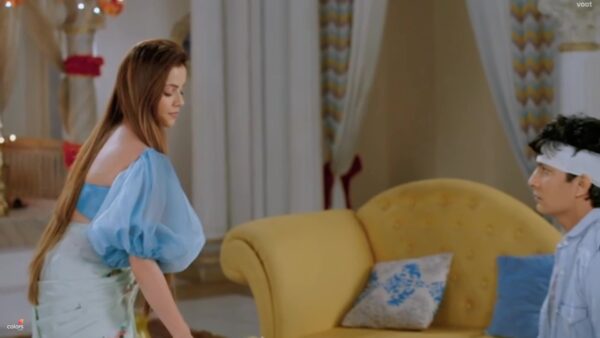 Parmeet was concerned about her son and she tells Sant Baksh that Virat will forget about his mother’s love soon. Heer brings the morning breakfast for them. She asks about Virat. Parmeet says why does she want to know about him? Do your work properly. Sant Baksh says Virat is in his room. Parmeet asks Sant Baksh why he told her about Virat. Sant Baksh says it was important if they need to find out what’s cooking between Heer and Virat. Are they acting or everything finished really between them.

Jeet was worried at Singh’s house thinking he shouldn’t have dropped the gun like this. Soumya brings Pulav for Jeet. Jeet says he doesn’t like Pulav. Soumya says everyone loves Pulav made by her. Jeet asks why is she helping him so much in return of one lift? Soumya says for the sake of humanity. Mahi was listening their conversation from outside and she was fuming with anger. Jeet asks isn’t it weird that she is trusting a stranger when someone attacked her twice. Soumya says means you attacked me. I have your gun and you will get caught because of fingerprints. Jeet gets shocked. Soumya then says she was joking.

Mahi went to Preeto’s room and she complaints about Soumya to Harak and Preeto. She says why cant they see Soumya’s fault? They are capable enough to fight against Angel. Preeto taunts her. Mahi says because of Soumya’s enemy we are in danger. We can get shot because of her. Harak tells her to calm down. Mahi says its her family and she won’t let Soumya snatch it from her. Saumya and Mahi had an eye contact outside the room.

Heer keeps knocking at the door and tells Virat to open the door but Virat was busy punching the punching bag wearing headphones. He doesn’t listen to her. Heer after waiting opens the door and punching bag hits Heer and Virat holds Heer when she was about to fall. They keep looking at each other. They recall their sweet memories. Parmeet sees them from outside. Virat releases Heer and she falls down on floor. Heer gets mad at her. Virat says why she entered his room without his permission. Heer says I knocked you couldn’t hear because of the headphones. Virat says talk to your boss politely. He also says he wants banana strawberry milkshake not tea. Heer says you used to have tea. Virat says he doesn’t like it anymore, who told you to make it for me. Heer says banana and strawberry arent in house. Virat tells her to buy it from market and says give me milkshake as soon as possible. Heer leaves in hurry and buys them from market. She pays double amount.

Police come to Harak’s house for investigation. They ask Soumya to show the gun. Jeet gets stressed. Inspector tells constable that this gun is registered on whose name he will find out.

Heer makes the milkshake on time. She sees she has 5 minutes more. Virat finishes his work out. At Singh’s house, Inspector questions about Jeet. Soumya says she has doubts on Angel only. Jeet looks on. 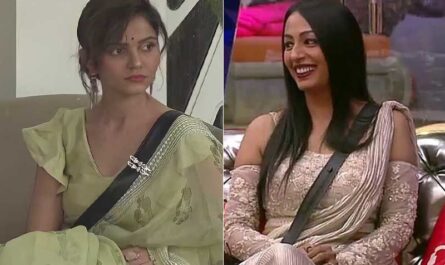 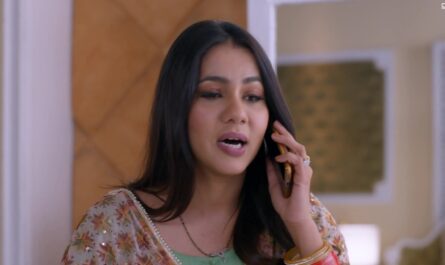