Seema and Rishabh both did parikrama of Lord Balaji. Rishabh was waiting for Pratha and Seema started acting like she is feeling dizzy because of heat. She told Rishabh that there is a well behind the temple so please bring water for me. Rishabh went to bring water for Seema and she ordered her men to kill him. 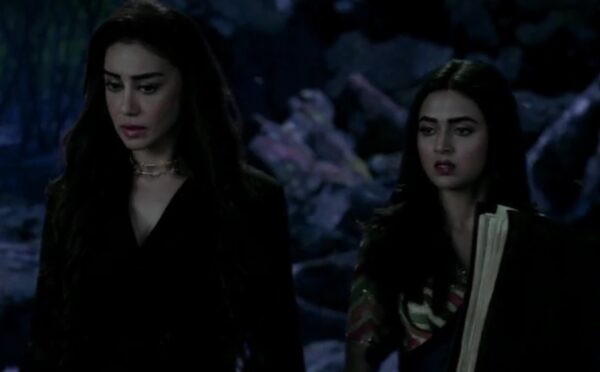 Pratha was waiting for Rishabh and Seema to come out of the temple. She prayed to Lord Shiva to help her in saving Rishabh from Seema. A white snake arrived and both Pratha & Mahek followed the snake to the back of temple. Some men came and they kidnapped Rishabh by putting him inside a van.

Pratha gets confronted by Seema at the back of the temple and Pratha asked her where is Rishabh? Seema tried to remove her Sindoor but Pratha stopped her. Pratha told Seema that she won’t let anything bad happen to Rishabh ji and Seema told her to run. Seema says I need to go to the place where I go every Thursday. Pratha saw tyre prints on the road and she told Mahek to go and follow Seema while she will save Rishabh.

Seema went to a cave and there was lady prisoned inside a cage. She was singing a lullaby and Seema told her to stop singing. She threatened her that she will kill her son if she did not told her about the whereabouts of the thing she wants. The lady begged in front of Seema to spare her son and then Seema left from there.

Goons took Rishabh to an unknown location and they pointed the gun at him to kill him. Pratha throws a stone at them and then she told goons that she won’t let anything bad happen to Rishabh because she loves him. Pratha thinks that she can’t come in her Naagin form in front of Rishabh. Ground started shaking and Mahek came there in her Naagin form. Everyone fell down including Rishabh after which he got unconscious. Pratha took her Naagin form after which she called all her fellow Naags & Naagins and then they killed all the goons one by one.

Mahek told Pratha that she followed Seema and she saw her entering a cave also she heard some lady singing a lullaby and Seema told her to stop singing. Pratha wonders who’s that lady.

Rishabh tells Pratha to go from here to a far place with the family as their life is in danger but Pratha refused to leave him. Rishabh says what if mom was with us today. He told Pratha that she used to sing lullaby for him during his childhood which is something like Zu Zu Zu. Rishabh says tomorrow is mom’s birthday and I want to plan a surprise for her, will you help me? Pratha asks Rishabh, do you have any childhood photographs? Rishabh says maybe in store room’s cupboard.

Pratha started searching for photographs in store room and she found few photo albums but there was no photographs of Rishabh in them below 15 years old. Even the marriage Album of Seema and Lalit was empty. Pratha found a picture of Lalit with a strange lady and thinks it might be the lady in the cave. Pratha requested Mahek to take her to that cave.

Rishabh & Pratha wished Seema happy birthday next morning. Pratha says that today we will throw a grand party for Seema. Servant brought birthday cake for Seema and Pratha says she will feed mummy ji cake by her hands. Pratha mixed her poison in the cake and Seema says firstly Lalit will eat. Lalit says no aunty ji its your birthday so you eat cake and I am going for a walk. Seema cleverly throws down the cake from Pratha’s hand and she cuts another piece after which she eats it.

Pratha and Mahek went to the cave after which they confronted the lady in the cage. Pratha realised that its the real mother of Rishabh. Pratha told her that your son is alright and we came here to take you to him.

Seema bribed a doctor to give poison injection to Rishabh. In the evening at party Rishabh had pain in his hand and Seema says I called the doctor. Doctor says I will give you painkiller injection. Doctor was going to give injection to Rishabh and Pratha came there screaming. She says she is very scared of injections and she can’t see someone taking it. Rishabh says nothing will happen. Pratha cleverly pushed Seema and Pratha told doctor to give injection to Seema as its her birthday. Seema refused to take injection and Pratha whispered in her ears don’t worry I took out the poison. Finally Seema took the injection.

Pratha tells Seema to remove the curtain from her birthday gift as she made a picture collage for her. Seema removed the curtain and both her & Lalit got shocked seeing the old pictures. Lalit says how she went in store room because I got the keys and Seema says she is Sheesh Naagin you fool so she can go from below the doors. Lalit says but there is no space below the doors.

Pratha announced that today is birthday of her Sasu Maa so lets make it special for her by opening the pages of her past memories. Rishabh started playing guitar after which he and Pratha danced on Ek Haseena Thi. Seema gets shocked seeing Rishabh’s real mom at the Gujral house. 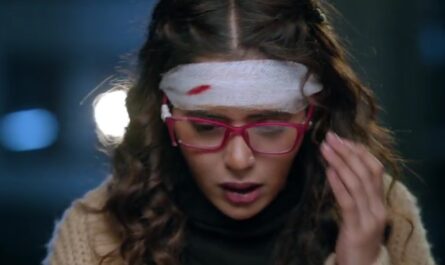 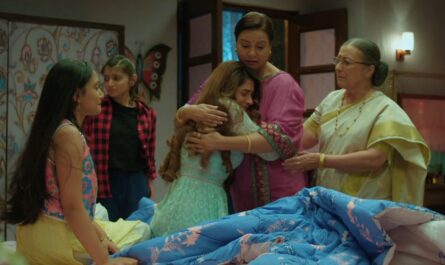 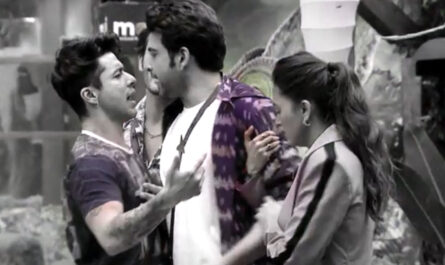