Preeta asks who told you that these are property papers as it seems there is a Khabri in the house. Bani Dadi says there isn’t any Khabri but it was you who was talking so loudly about the property papers on the phone in the morning. Kareena says Preeta got the property but still her roots are the same as she doesn’t have any sophistication. Srishti says we talk loudly but at least we don’t talk dirty. Kritika defends Kareena saying we talk dirty but you do dirty things. Srishti says so you’re accepting that you talk dirty. 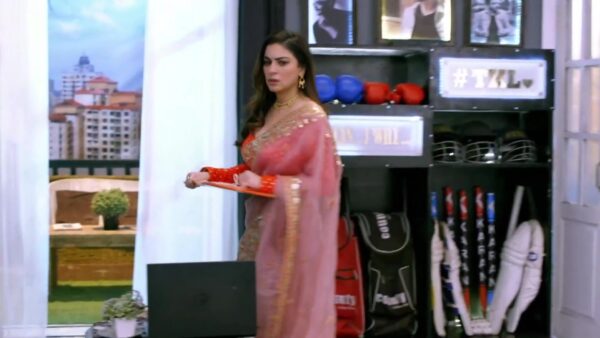 Karan tells Kritika to stop and Kritika says I’m only defending my mom. Kareena tells Srishti now you are happy by making an argument between brother and sister. Preeta tells everyone to keep quiet. Bani Dadi says its because of you Preeta all of this has started first of all.

Preeta says I am having a headache and she calls Girish to bring sleeping pills. Preeta consumes the pills. Srishti says what have you done di as by consuming these pills you will get a heavy sleep. Preeta requested Srishti to stay with her for the night but she says she received a message from Janki telling her health of Dadi got serious and she is not finding the medicines. Sameer went to drop Srishti back home.

While going to Arora house in the car, Srishti tells Sameer to decrease the speed and he says that I am in a hurry and I won’t decrease my speed now. Srishti though that Sameer is talking about their love life but eventually he told her that he was talking about car’s speed. Srishti told hers and Preeta’s plan to Sameer. He thanked her for talking to him. Srishti’s eyelash dropped on Sameer’s hand and he wished for Srishti’s happiness.

Preeta in her room was waiting for everyone to sleep. Natasha was making a dancing vlog in her room and Sherlyn came there. Sherlyn warned her to not make anymore vlogs till the time she is in this house or else everyone will find out that she’s is not Sherlyn’s sister. Sherlyn insulted Natasha by saying Natasha’s status value will come in front of everyone. Natasha in front of mirror says that she will steal the property papers after which she will rule over Sherlyn and Luthra house.

Kareena tells her plan about stealing Property Papers to Bani Dadi and Bani Dadi says that she was thinking something similar. Kareena got happy knowing Bani Dadi is with her. She hugged Bani Dadi. Natasha saw Karan sitting on his bed in his room and she thinks that she won’t need the whole Luthra family to win Karan but she needs only Preeta to win him. 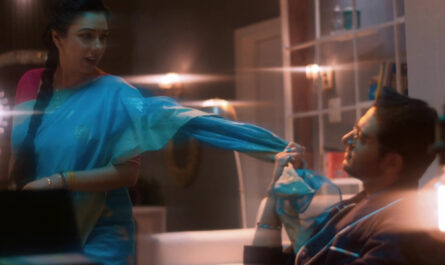 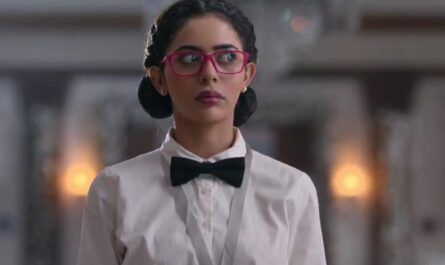