Pawan says that his brother ‘Prithvi’ gets everything he want and even if he has to snatch it then he will do it. He again started calling Preeta ‘Bhabhi’ and Preeta gets furious hearing this. Preeta says that I am already married to Karan Luthra and his Sindoor is in my maang and Mangalsutra is on my neck. Pawan says I am sorry I will not call you bhabhi as you have not married to my brother yet but I will get you married to him today and after that I will call you bhabhi. Preeta says is it a joke then Pawan says that your marriage with Karan is a joke for me. Pawan tells his goon ‘Ghonchu’ to get Prithvi ready for marriage and he warns Preeta not to try to run away. 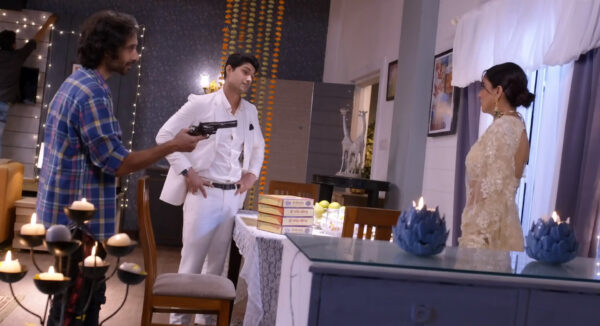 Sherlyn confronts Mahira and tells her that she has gortten mad. Ramona also came there and she tries to convince Mahira to stop all the nonsense but Mahira breaks a flower vase and Ramona says ok do what you want and she leaves. Sherlyn asks Mahira where is Preeta and Mahira says that Raavan has done Sita haran. Mahira tells her that Pawan Malhotra has kidnapped her and he will get her married to Prithvi. Sherlyn slapped Mahira and tells her that Prithvi is mine but Mahira says no you belong to Rishabh, Preeta belongs to Prithvi and I belong to Karan. Sherlyn warns Mahira that this Raavan ‘Pawan’ is more dangerous then that Raavan and he can kill all of us for his brother after which Sherlyn leaves.

Pawan tells hias goon to bring all the Pooja samagri and he tells Ghonchu to bring Pandit Ji for marriage. Sherlyn makes a phone call to Prithvi’s mother and tells her to stop Pawan as she loves Prithvi. Prithvi’s mother tells Sherlyn to leave both his sons and she disconnects the call. Sherlyn says that Prithvi is only hers and she can’t let him marry Preeta.

Ghonchu brings Pandit and Pawan threatens him to get Prithvi and Preeta married. Preeta tries to run away but she gets caught and Pawan tells her to go inside. Janki saw Pawan and his goons threatening Preeta from outside. Janki tried to call Karan but he did not picked the phone after which she messaged Srishti telling her that Pawan kidnapped Preeta from Luthra house.

Janki makes one of the goon unconscious by snatching chloroform from his hand after which she gets all fired up and tried to save Preeta on her own. Preeta tries to run again but Pawan catches her. Janki came from behind and she puts a knife on his throat but Ghonchu puts Chloroform on her face and she gets unconscious.

At receptrion party, Ramona had a confrontation with Sanjana and she says that I know about your daughters boyfriend. Sanjana says I am atleast the Samdhan of this house and no one loves Mahira but everyone loves Sherlyn. Ramona decides that now she will support Mahira even in wrong as well and she will become the Samdhan of Luthra house. Ramona went to Mahira and Mahira from under the veil tells her that she wants to dance with Karan. Ramona says I will make that happen but promise me that you will become Karan Luthra’s wife by hook or by crook. Mahira gets happy and Ramona hugs her. Sarla gets suspicious seeing this and Kareena gets shocked. 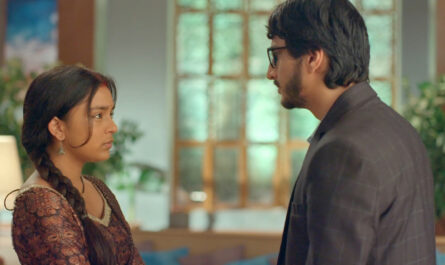 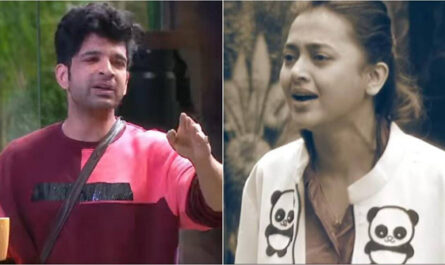 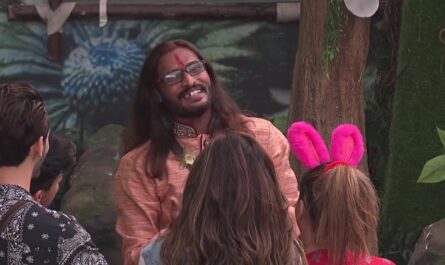