As we saw Sonu Sood being the first special guest on the post lockdown episode of Kapil Sharma Show, today the episode continues with Kapil Sharma greeting the audience as the stand up comedian once again hosts Sonu and we get to know further about his journey. Sonu Sood reveals that during the Indian Covid19 lockdown, he used to be constantly in touch with transport authorities to get the permission for migrant workers to travel from one state to another. He also talked about that one migrant, out of excitement, left his luggage at a station and only realised it later. The person called Sonu Sood to help, and the actor took the initiative to send the luggage to the migrant’s residence. 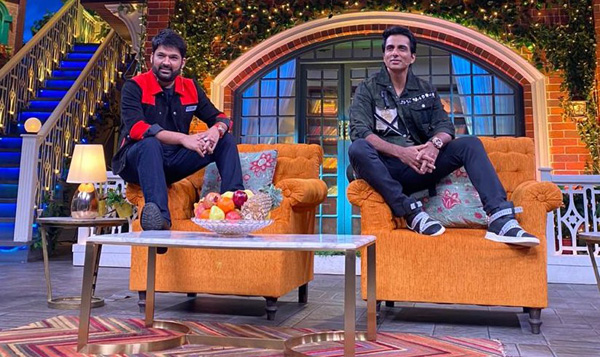 Sonu Sood during the Kapil SharmaShow episode says that people across India still send him messages and pictures informing him about their lives. He says sometimes people also call him in the middle of the night. Kapil Sharma asks Sonu Sood if political parties have courted him. The actor says the offers haven’t been made directly, but for now, he has a lot to do in the acting field. Krushna Abhishek alias Sapna enters the stage performing on Bollywood tracks. He asks Sonu Sood if he knows the pincode of every state. Krushna further mentions how people across the nation, especially in UP and Bihar, have named their babies after Sonu Sood. Before leaving the stage, he says Sonu Sood is the real star.

Kapil Sharma and Sonu Sood interacts with migrants over video call. The migrants reveal that the actor helped them and 170 others travel from Kochi to Bhuvaneshwar via flight. The migrants are really grateful to Sood and asks others to seek help from the actor. Two girls, along with their family, travelled to Jaunpur, UP from Mumbai. One of the girls reveals how Sonu Sood and Vishal Lamba helped them reach their village. She also informs the audience that Sood made sure to call her from time to time to know about their whereabouts and arranged good food, water and much more.

Surendra Ranjan, the actor from Munna Bhai MBBS came to the Kapil Sharma Show and reveals how lockdown took a toll on his mental health. The actor says he was surprised to know how Sonu Sood got to know about his problem. Ranjan says Sood is a superhero like Batman and Spiderman. He praises the Simmba actor for taking the initiative to help him and others. He adds that while he is elder, Sonu Sood has grown above him in his deeds. Sonu Sood reveals how he arranged transportation for 4000 students stuck in Kazakhstan during the lockdown.

Kapil Sharma shows old photos of Sonu Sood, and the actor reveals the story behind the pictures. One of the photos was of the actor’s bus pass worth Rs 420 when he started his career in Mumbai after completing studies. Sood further reveals his schedule during lockdown. The actor says he used to do household chores. He, however, wanted to do something else, and somehow God heard his wish and directed him to help migrants.

Krushna Abhishek enters the stage mimicking Akshay Kumar. Krushna says he wakes up at 4 am so that he can watch others sleep and take over their work. Abhishek listens to Kiku Sharda aka Baccha Yadav’s film script. He also shows off his talent on stage. Sonu Sood’s childhood friend Neeti Goel enters The Kapil Sharma Show. Kapil Sharma thanks Goel for her work during the lockdown. She opens up about her bond with Sonu Sood.

Kapil Sharma asks Sonu Sood to invite his team members on the stage. Kapil calls them the real warriors. Sonu introduces his team members and reveals how they contributed towards his mission of helping migrants across the country. Sonu Sood says that he became an engineer, has been doing films, did international films as well, but it’s only the 120 days of lockdown when he felt happiest and satisfied because he was able to help the migrants. Before leaving The Kapil Sharma Show, Sonu Sood thanks Kapil Sharma and his team for bringing laughter to each and every house. Kapil thanks Sood for his efforts. 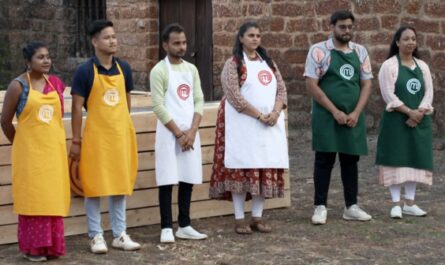 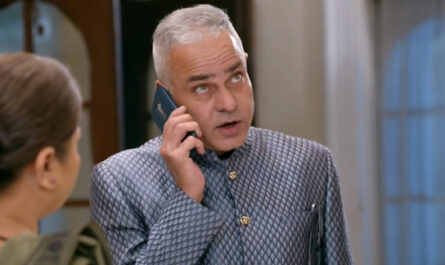 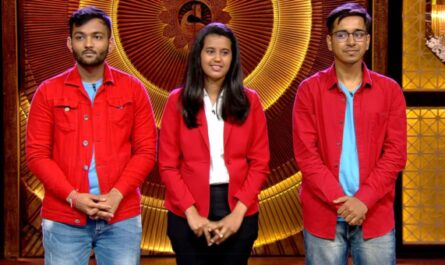