Wardlow was labelled as MJF’s lackey as he made his entrance to kick off todays episode of AEW Dynamite. Wardlow puts MJF’s cardboard cutouts around the ring and then he gave a card to Justin Roberts and Roberts introduced Tully Blanchard, FTR and Shawn Spears. Roberts then reads a a long introduction for MJF which was full of MJF praises. MJF comes out on a throne held by four men and two valets. He arrives on the apron and gets a kiss on the cheek from one valet before making out with the other. Pinnacle started celebrating. 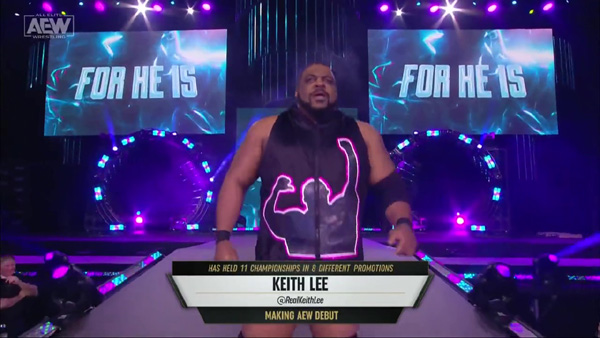 MJF calls himself best in the world and the he moves on to say I beat CM Punk twice in Chicago last week, I’m better then Best in the World. Crowd started booing MJF. MJF thanked Shawn Spears for helping him in beating CM Punk twice last week and crowd started chanting Wardlow’s name. Shawn Spears shows off MJF’s new shirt with the worlds ‘Better then Best in the World’ written on it. MJF says its time I become new AEW World Champion.

CM Punk arrives on the ramp and he says that I brought some friends of my own to deal with your jackasses. Sting and Darby arrived on the ramp with baseball bats. Punk asked for a rematch. MJF says I beat you twice last week so no rematch. Punk said that I’m not talking to you I am talking to the big guy (Wardlow) who beat me last week. Punk further says that if its not for Wardlow then these jerks wouldn’t have won anything in the last 6 months.

MJF said first of all I beat you all by myself and second Wardlow is not with me because he is under contract but he is with me because he’s my best friend. Dax Harwood askss for a rematch and CM Punk said come and get it.

MJF said that I won’t wrestle in Atlantic City tonight and if you want a rematch then I can give it to you but under one condition you have to beat FTR with a tag partner of your choosing and not with Darby or Sting. If Punk wins then he will get a rematch against MJF anytime, anywhere and any match type he wants.

Who on earth will @CMPunk choose at this last minute to tag with to take on #FTR???

Don’t miss another minute of the action! #AEWDynamite is LIVE on @TBSNetwork right now! pic.twitter.com/EI4gCM4Dpu

Ortiz defended Eddie Kingston in front of Chris Jericho before challenging Jericho and Hager to a match. Jericho accepts and says attendance is mandatory.

Tony Schiavone was backstage with Ruppungi Vice. That gets interrupted by The Young Bucks. They get attacked from behind by Adam Cole. Bucks hit a BTE Trigger on Rocky Romero before Jay White enters the picture to throw Romero into a production truck. “Nice earrings” he says to Nick Jackson before walking off.

Keith Lee makes his AEW Debut and he became All Elite

After the match between Keith Lee and Isiah Kassidy, Quen goes to attack Lee and PP double dropkick Lee out of the ring. Kassidy goes to dive on him, but Lee slams him down on the floor. Quen goes for an over the top senton but Lee catches him too, powerbombs him on Kassidy and powerbombs him on the apron.

After Adam Page defeated Lance Archer in the main event, Adam Cole walks out to grab hold of Hangman’s belt before he hands it to the champ, singaling his intentions.

The #AEW Champion Hangman @theadampage retains the title, but @adamcolepro makes his intentions clear! What a night of action here at #AEWDynamite on TBS!!! pic.twitter.com/HwCeIcdVGQ

1. The Blade vs. Wardlow (with Shawn Spears) –  Singles Match 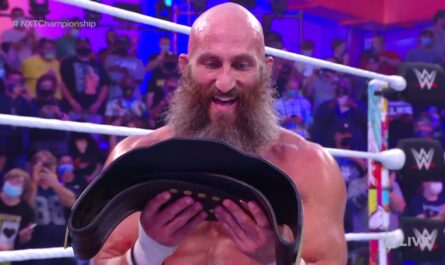 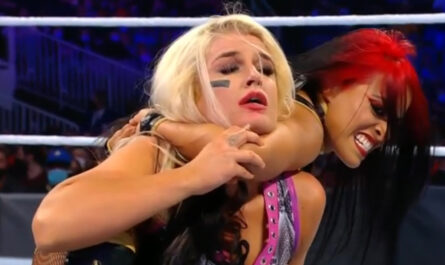 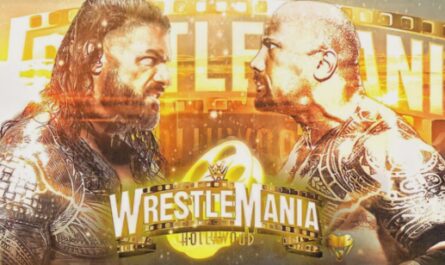