Backstage, Valentina Feroz and Yulisa Leon got confronted by Cora Jade. Raquel Gonzalez steps in and all of them started arguing in Spanish. Cora Jade failed to understand what they were saying to each other. Gonzalez tells Jade that only she can call Jade that. Jade asks what they called her and Gonzalez walks away.

Earlier today, Wendy Choo and Amari Miller arrived at the arena with a ton of shopping bags. They shopped until Tiffany Stratton’s father cancelled the credit card.

Backstage Pete Dunne says he’s going to finish Tony D’Angelo in a cage match next week. Draco Anthony walks in and tells Dunne that D’Angelo may not respect Dunne, but he does. Anthony tries to shake Dunne’s hand but Dunne scoffs. Dunne says whatever and he’s still going to snap Anthony’s fingers tonight.

Grayson Waller attacked LA Knight from behind after Knight defeated Sanga as a result of this the restraining order got lifted and Knight then responds back with a couple of strikes and ends up standing tall in the ring.

NXT Championship Summit hosted by Wade Barrett – Wade introduced both Santos Escobar and Bron Breakker. Escobar told that I’m going to prove Paul Heyman wrong as whatever he said about you Bron that you’re the future of this company.

Dolph Ziggler arrived and he takes a seat. Zigger says everyone knows what I can do and I have won every single title except NXT Championship.

Backstage, Indi Hartwell, Persia Pirotta, Gigi Dolin and Jacy Jayne got into a brawl as Jacy and Gigi mocked Indi about who is going to console her next week when she loses the title match, Dexter Lumis or Idi’s old friend Duke Hudson.

Backstage Josh Briggs motivated Brooks Jensen to ask Kayden Carter for a date. Brooks went to Kayden and Kacy Catanzaro. He asked them how about we spend some time together next week. Kacy and Kayden agreed. Josh asked Brooks who is we. Brooks gave 8 bucks to Josh Briggs to take Kacy to a movie next week.

Right before Mandy Rose, Gigi Dolin and Jacy Jayne were going towards the ring for Mandy’s championship defence against Kay Lee Ray. Gigi and Jacy got attacked from behind by Persia and Indi. Mandy had to go alone for her match.

It looks like @WWE_MandyRose might be on her own as she defends the gold against @Kay_Lee_Ray RIGHT NOW on #WWENXT pic.twitter.com/JorGQyt5iL 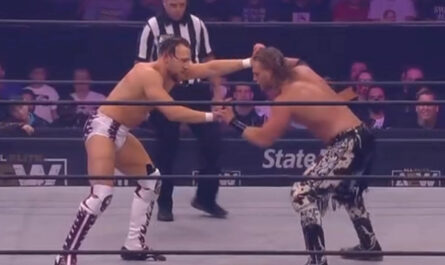 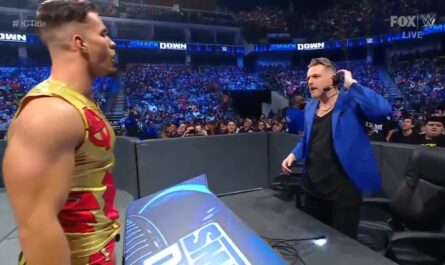