Samrat in his room was thinking about the Sai words and says whatever she was saying is it true? Pakhi comes and asks Samrat did aayi liked the saree? Samrat responds yes. Samrat asks Pakhi did Sai liked the saree? Pakhi says no she doesn’t like her or her gifts and she is curious to see whether Sai wears the saree gifted by her or not? Samrat asks will Virat wear the Kurta gifted by her? She says it has been gifted by us and says he liked it. Samrat says she knows Virat very well. Pakhi says what does that mean? Samrat says I mean to say that you are living here since more then a year so you know each other very well.

Samrat questions Pakhi, What will be Virat’s reaction seeing them happy together? Pakhi thinks why is he asking her such questions? Virat enters the room and thanks Virat for the kurta says he knew that Samrat will know what he likes. Samrat says its Pakhi’s choice. Pakhi leaves from there. Virat says to Samrat not to misunderstand him. Samrat says that he knows he only considers Pakhi as a friend. Samrat thinks but I don’t know what’s in Pakhi’s heart? If Sai was right?

Sai was preparing the bed on floor and Virat came in the room. An argument started between them. Sai says I stopped your transfer with the good intention so you and Samrat dada can be reunited. Virat asks Sai if she is jealous of Pakhi? Pakhi says she can’t see her drama and her fake tears at cafe blurred Virat’s thinking. She says if he goes into Pakhi and Samrat’s room late night so they won’t stay happy. Sai also says that you and Pakhi both are same as you both do drama. Virat leaves angerly to sleep outside and Sai sleeps alone in the room.

Next morning, Pakhi was reading and Shivani comes in the room. She asks her to select the earrings for her. Shivani tells Pakhi to get ready for the Pooja. Pakhi says she will go to college. Virat comes there and Shivani says you were sleeping outside. An argument breaks out between Sai and Samrat in front of Shivani. Virat insists Sai to participate in pooja but Sai refuses. Virat tells Shivani to go outside and she leaves.

Pakhi tells Samrat to choose a saree for her between the two. He says choose yourself. She says that I want to get ready and look beautiful for you today. Finally Samrat selects the saree. Samrat thinks why she is acting like his opinion matters to her.

Virat tells Sai that now I will use my husband rights on you. He takes out the lock from the drawer and locks Sai in the room. Sai screams from inside to open the door but Virat leaves laughing.

Precap: Precap: Samrat says to Pakhi he’s not Virat and she should not expect him to become like him. Virat tells Bhavani about locking Sai inside the room to stop her from going to college as she doesn’t care for rituals and traditions. Sai escapes from the room from the window. 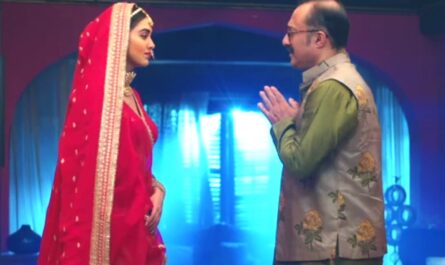 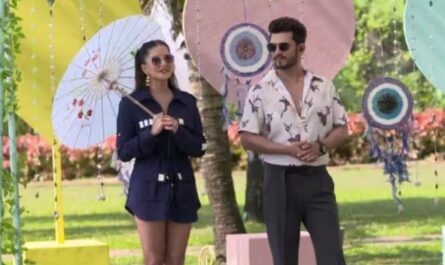 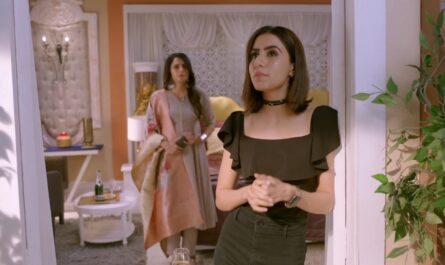