Anupama wakes up in the flight and Anuj tells her that she was feeling cold and the blankets in plane are itchy so he gave his coat to her. She thanked him and says I missed 10 minutes of my flight experience by sleeping. Anuj says now you can tell people that you have slept in the clouds. The flight was about to land and Anuj tells Anu to see at the window as he gets scared during the landing. Anupama obliges and she gets happy seeing Mumbai city from the planes window. 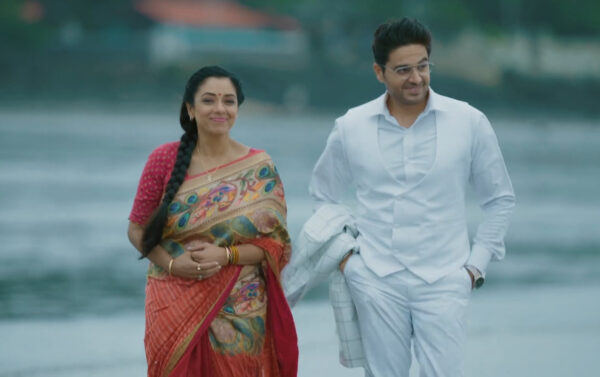 Anupama and Anuj had a meeting with client and Anupama explained the business model to the clients. Clients gets satisfied. Later Anuj brings the auto and takes Anupama to the beach. Anupama gets very happy seeing the ocean. She made a phone call to Bapuji telling him that she is at the beach. Anuj tells Anu to enjoy and he will hold her bag. She started enjoying at the beach. Some goons arrived near Anu and started threatening her with knife telling her to give them her chain and bangles.

Anuj was going to save them but Anupama handles them by herself. After seeing Anupama’s bravery, Anuj praised her. Vanraj and Kavya arrived there and they lied to Anupama and Anuj that they are here for a business meeting. Vanraj thinks that I heard you are here from Baa and that’s why I came here. 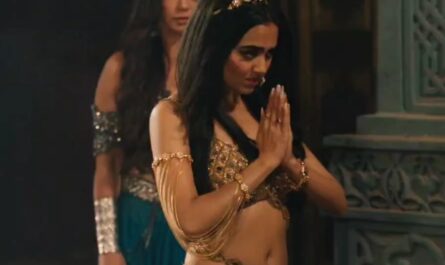 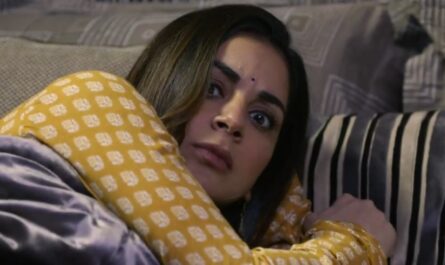 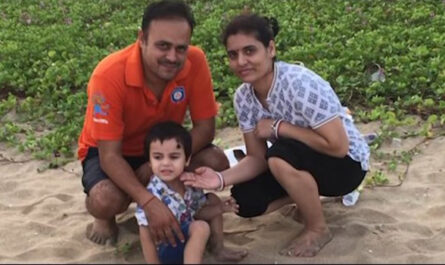