American Professional wrestler Bron Breakker has single handedly carried the NXT men’s division in the recent times and fans of WWE Universe are loving his overall persona a lot. He has all the the required ingredients to become a massive main event star on WWE main roster and also his family lineage with further assist him to get a major push on the biggest Global professional wrestling promotion in near future.

Who is Bron Breakker? Full info about WWE Superstar :

Bron Breakker is an American Professional Wrestler and a former Football Player. He is from Woodstock, Georgia, United States. Breakker is currently signed with World Wrestling Entertainment (WWE) and as of October 2022, he is a two time NXT Champion. He made his WWE TV in-ring debut on the September 14, 2021 episode of NXT and he ended up defeating LA Knight on his debut match. 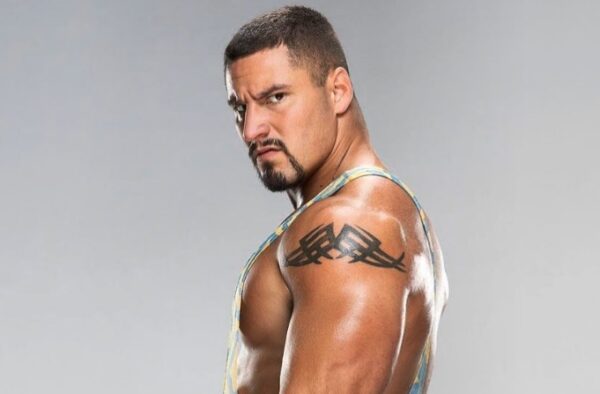 Confirmed age of Bron Breakker – How old is he?

What is the real name of Bron Breakker?

Who is the Girlfriend or Boyfriend of Bron Breakker? Is he dating anyone?

As of October 2022, Bron Breakker is currently involved in a romantic relation with Brianna Coda. Brianna is also a professional wrestler and she is known by the ring name of Cora Jade. They made their relationship public in September 2022.

What is the Educational Qualification of Bron Breakker?

Bron Breakker completed his school education at Etowah High School in Woodstock, Geogia, United States. Later on, he went on to study at Georgia’s Kennesaw State University and ended up majoring in criminal justice.

Bron Breakker is a second generation professional wrestler. He is the son of former wrestling icon Rick Steiner and the nephew of Scott Steiner (who performed together as the Steiner Brothers). His mother name is Jayme McKenzie and he has two brothers named Hudson Rechsteiner and Maveric Rechsteiner.