Matt Riddle has finally made his main roster debut tonight on SmackDown as he had a singles match against AJ Styles. Also Sonya Deville and Many Rose had a confrontation on MIZ TV which ended up with Miz getting slapped by Rose. After weeks of silence Bray Wyatt finally showed up with a new episode of Firefly Funhouse sending a scary message to his next rival Braun Strowman. 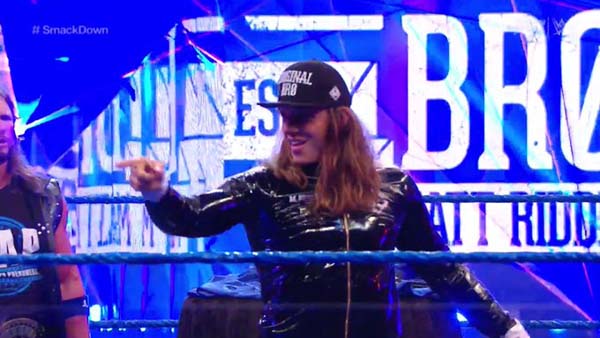 Before the start of this match, the announcer announces the match as a title match. AJ Styles corrects him and says that Matt Riddle doesn’t deserve a title shot. Styles clotheslines Riddle on the apron after which kicks Riddle into King Corbin who was standing by the announcers desk. Riddle and Corbin gets into an argument. In the end of this match, Styles rolls Riddle into the Calf Crusher but Riddle manages to get to the ropes. Styles pushes Bryan. Styles gets in Bryan’s face. Styles tries to set up the Phenomenal Forearm but Riddle picks Styles off the top rope and hits Broderek for the win. After the end of this match, the superstars outside the ring entered the ring and celebrated with Riddle.

During this match, Shorty G. turns Mojo Rawley’s slam into a sleeper hold but Rawley rolls out of it. Rawley misses a splash in the corner. German suplex by Shorty G. Shorty G. goes up top. Shorty G. leaps off the top rope right onto Rawley’s shoulders. Rawley tries to hit his finisher but Shorty G. reverses it into a small package pinning Rawley for the win.

Sasha Banks and Bayley were doing commentary during this match. Lince Dorado walks right into the cave in by Kofi Kingston. Big E. and Kingston hit the Midnight Hour for the win. After the end of this match, Shinsuke Nakamura and Cesaro attacked Kingston and Big E. After leaving New Day out in the ring, Cesaro yells at Michael Cole about being tired of not being taken seriously.

Sasha Banks puts Nikki Cross in the Banks Statement but Cross turns it into a pin. Banks kicks out. Cross and Banks trade pin attempts. Banks lands standing Meteroa on Cross pinning her for the win.

1. At the start of the show, Renee Young was present in the ring and it was surrounded by the SmackDown locker room, Renee introduces the new WWE Intercontinental Champion, AJ Styles. Styles says that he loves the way Renee introduced him. SmackDown is still the house that AJ Styles built. Styles wanted everyone to surround the ring so they would know this is the closest any of them will ever get to the IC Title. Styles says life’s rewards are for those who stand up and grab it not for those who want a handout. It doesn’t work that way. Styles says he doesn’t want Renee to present him with the title. Styles wants Daniel Bryan to put title around his waist. Bryan was reluctant. Styles tells Bryan to have some respect for the title he claims to love so much. Styles asks Bryan to put the title around his waist. Styles says he is trusting Bryan not to do anything stupid. Bryan picks up the title and stares at it. Styles demands Bryan put the title around his waist. Styles says only a coward wouldn’t want to do it. Bryan obliges and puts the title around Styles’ waist. Bryan says congratulations and tries to walk away. Styles yells for Bryan to say it so people can hear him. Bryan tells Styles that he respects Styles in this ring despite their differences. Bryan says Styles could be the greatest champion ever if he defends the title every week against the people around the ring. Bryan list all the great matches Styles can have against the likes of Big E. Styles says the only people who will get a shot are those who are on his level. Bryan says Styles should defend against Drew Gulak tonight. Styles says no. Styles says anyone who has something to say will regret it. Matt Riddle’s music hits. Riddle enter the ring and says “hey bro” to Styles. Styles says he just sees someone who wants a handout. Riddle says he came out here to give Styles some advice. Styles may be the face that runs the place, but Riddle is the Bro who runs the show. Styles attacks Riddle. Riddle hits a knee strike that sends Styles flying out of the ring. Styles yells that he wants a referee out here now.

2. Backstage, Renee Young interviews Jeff Hardy and he says that he feels like he has been trying to get his life together his entire adult life. Hardy says Sheamus brings out all the dark stuff he has inside of him. Hardy knows he has to catch himself before that line of thinking spirals out of control. The truth is he is a junkie and an alcoholic. Sheamus doesn’t have a problem with him. Sheamus has a problem with himself. Hardy says he is not done yet.

4. On Miz TV, John Morrison and Miz made fun of Otis before introducing their guest tonight, Mandy Rose. Miz wants to talk about Sonya Deville. Miz and Morrison go in on Deville being better than Rose in every way. Rose says that’s not what she is here for. Rose was about to leave but Miz says they were just playing and they have a surprise for her. Sonya Deville walks out on the stage. Rose says whatever Deville thinks she has done to her, she’s done. Deville goes on a rant about Rose getting all the spotlight. Deville notes that Rose has done nothing with her many opportunities. Rose wants to know what Deville wants from her. Rose says despite what Deville says about Otis he has been there for her since day one. Rose further adds that Deville is all alone. Deville says she’s isn’t mad at Rose anymore. Deville wants to know what is so special about Rose. The only thing it can be is Rose’s looks. Deville says she is going to rip Rose apart until Rose’s outside match her ugliness inside. Deville and Rose get into a brawl Deville walks away. Rose slapped Miz hard.

5. Backstage, Tamina, Alexa Bliss, Naomi, Lacey Evans, and Dana Brooke were arguing over who will face Banks and/or Bayley next. Bliss realizes Nikki Cross is missing. No one knows where she’s gone off to.

6. Backstage, Sheamus says that he is a bully and he is proud of it.

7. Nikki Cross hops the barricade and attacks Banks and Bayley. Bliss runs down to ringside. Cross says she wants Banks right now. Bayley agrees to the match for Sasha Banks. Banks gets apoplectic.

9. Firefly Funhouse, Bray Wyatt lists all of the things he has been up to including restricting the dead. Ramblin Rabbit says Wyatt was actually sitting in the corner rocking back and forth complaining about losing to Braun Strowman. Strowman thanks the Rabbit for reminding him. In defeat, Wyatt knows he has gone about this the wrong way. Strowman interrupts and walks out to the ring. Wyatt boos. Strowman says Wyatt had his opportunity and he failed. The story between the two of them is over. Wyatt says their story is just getting started. Wyatt turns back into Wyatt Family Bray. Bray says since he created Strowman, he will destroy him. Strowman just needs to follow the buzzards. 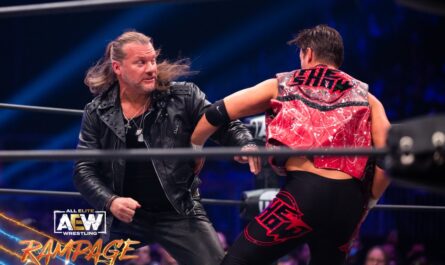 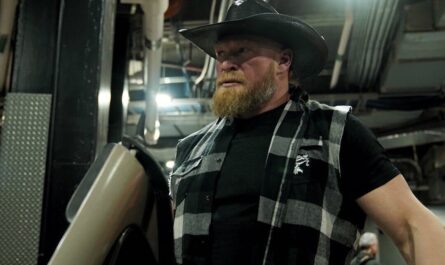