After weeks of anticipation Alexa Bliss finally joins forces with ‘The Fiend Bray Wyatt’ on todays episode of SmackDown. Sasha Banks challenges Bayley to a Women’s Title match next week, Roman Reigns offers a Universal Championship rematch to his cousin Jey Uso at Hell in a Cell, the mystery women was finally revealed as Carmella and Sami Zayn faces Jeff Hardy in the main event in a intercontinental title rematch. 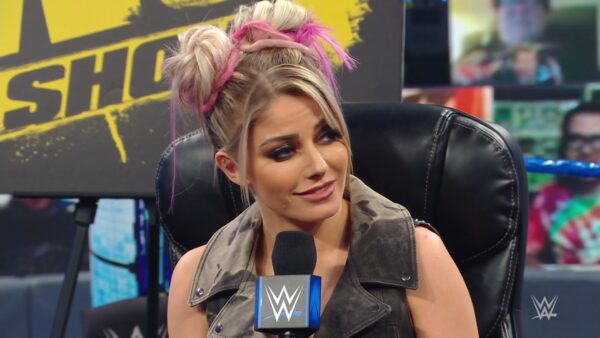 At the beginning of the match, AJ Styles yells at Jey Uso saying that the truth hurts sometimes. Jey charges Styles but Styles side steps after which Styles lands a few strikes. Jey bodyslams Styles. Running splash by Jey. Styles lands a flying knee for a near count. Styles chokes Jey with the bottom rope.

In the final moments of this clash, Suicide dive by Jey Uso. Jey sends AJ Styles back in the ring. Jey tries the Uso Splash but Styles gets his knees up. Styles crawls out to the apron to set up for his finish. As Styles springboard, Jey kicks him. Styles gets hung up on the top rope. Jey Uso superkicks Styles again. Jey Uso hits the Uso Splash on Styles pinning him for the clean win!

Otis clubs John Morrison and stands on his chest. Morrison escapes Otis’ back body drop attempt but ends up getting run over by Otis instead. Suplex by Otis followed by Otis splashes on Morrison in the corner. Otis hits the Caterpillar followed by a Vader Bomb pinning Morrison the win.

Lince Dorado lands a few dropkicks on Shinsuke Nakamura. Kalisto walks down to the ring complaining because Dorado and Gran Metalik left him in the back as we head into the commercial break.

Back from the break, King Corbin was working over Gran Metalik. Cesaro tags in and squat suplexes Metalik. Shinsuke Nakamura tags in and continues the assault. Metalik manages to tag in Matt Riddle. Riddle clears the ring. Riddle gets a near fall on Corbin after a Pele Kick. Metalik takes out Corbin with a dive. Lince Dorado drops Nakamura with a handspring stunner. Kalisto accidentally kicks Dorado. Riddle hits Bro Derek on Cesaro pinning him up for the win.

After the match, Kalisto checks on his fellow Lucha House Party partners. Kalisto celebrates with Matt Riddle. Lince Dorado gets in Kalisto’s face. Riddle tries to break it up.

Both Sami Zayn and Jeff Hardy were showing the effects of the ladder match from this past weekend. Zayn forces Hardy into the corner. Zayn lands a few strikes. Zayn tries a leapfrog but Hardy lands a strike to Zayn’s injured ribs. Zayn tries to slams Hardy’s head into an exposed turnbuckle. Hardy puts on the breaks. Hardy sends Zayn to the outside. Hardy tries poetry in motion, but Zayn moves out of the way. Hardy crashes into the barricade as we head into the break.

Back from the break, Sami Zayn was working over Jeff Hardy. Zayn goes up top. Hardy crotches him on the top rope. Hardy lands a superplex. Hardy fires up and lands an inverted atomic drop followed by a basement dropkick. Hardy calls for the Twist of Fate. Zayn reverses it into a backslide. Hardy counters the blue thunder bomb into a roll up but Zayn kicks out.

Sami Zayn exploded suplexes Jeff Hardy into the corner. Zayn tries to whip Hardy into the exposed turnbuckle. Hardy puts on the break. Blue thunder bomb by Zayn and a pin attempt but Hardy manages to kick out. Hardy goes up top. Hardy attempts a Swanton but Zayn gets his knees up. Hardy sidesteps the Helluva Kick. Hardy goes up top again but Zayn trips Hardy off the top. Hardy hits his head on the exposed turnbuckle after which Zayn pins Hardy for the win retaining his Intercontinental Championship.

1. Roman Reigns and Paul Heyman enters the ring, Heyman says he is a little bit nervous this evening. Heyman says he has known this man (Roman Reigns) and his entire family since he was born. We all knew this would happen. Tonight we are here to officially declare Reigns as the Tribal Chief. Not just of his family but of the entire WWE Universe. That’s why it’s so important that Reigns is the Universal Champion. From The High Chief Peter Maivia, to all of the rest of the Samoans. Reigns says he doesn’t want anyone to call him the Tribal Chief because he (Jey Uso) didn’t acknowledge him. Jimmy did but Jey didn’t. Reigns asks Jey to come out to the ring right now. Jey joins Reigns and Heyman in the ring. Jey says he doesn’t know the person in the ring right now. Reigns is supposed to be his family. Reigns showed him who he really is. Jey showed who he is too. If Jimmy didn’t throw in the towel, the title would be his. Reigns asks Jey if he thinks he’s proud of what happened. Reigns claims Clash of Champions was the worst night of his life. All Reigns wanted to do was help Jey. Reigns tells Jey that he loves him. Reigns loves Jey more than his brother Jimmy does. All Reigns wanted to do was raise Jey up. All Jey had to do was acknowledge him. That all. Reigns says he was born to this and he worked his ass off for it. Reigns further adds that all he wanted was to share the main event with Jey and represent the family to the fullest. Reigns tells Jey that he embarrassed him and broke his heart. Reigns notes that Jey won’t even look at him. Jey won’t take his eyes off the title. Reigns says if Jey wants another shot he can have it at Hell in a Cell. Reigns hugs Jey and says this match will have the highest stakes in WWE history. This match will have real consequences. Reigns leaves the ring. Jey tells Reigns that whatever the stakes are, Reigns is on.

2. After the RRoman Reigns and Jey Uso interaction in the ring, AJ Styles walks out on the stage and asks if this is finally over. Styles says Jey matters to him. Styles doesn’t want to see what happened to Jey at the PPV happen to him again. Styles ask Jey to give someone a bit more qualified his title shot at Hell in a Cell. Styles says Jey can live his life and go back to be in his brother’s shadow since Jimmy is the better athlete. Jey tackles Styles and lays into him with rights and lefts. Styles escapes out of the ring. Jey runs the length of the announce table and clotheslines Styles.

3. Backstage, Sami Zayn says he knows everyone expects him to gloat. Zaynsays that he is not the undisputed Intercontinental Champion. Zayn blames the WWE Universe for feeding into this sham IC title and tournament. Zayn is going to do the right thing and toss the fake IC title in the trash. That’s where it belongs in WWE history. Zayn tosses the title in a trash can as the screen fades black.

4. Otis announces he is going to represent himself in court against Miz and John Morrison.

6. At the Kevin Owens Show, Owens says he has a lot of questions for his guest tonight. Alexa Bliss joins Owens in the ring. Owens says he has seen this change in Bliss. Bliss’ attitude reminds him of Aleister Black over on RAW. Bliss says people change. Bliss asks Owens doesn’t he want to change and be better? Owens says he needs to understand what she is going through. If Owens can understand Bliss, maybe he can understand Aleister Black. Bliss describes what is like being around The Fiend. When he (The Fiend) looks in your eyes, it’s like he is looking through you. Owens calls Bliss brainwashed. Bliss says her brain has been washed. Owens asks if “he” is here right now. Bliss responds that he is everywhere. Bliss tells Owens to let him in. The lights cut out. Everything turns red and The Fiend appears in the ring. The Fiend puts Owens in the Mandible Claw. Bliss looks on from her chair. The Fiend slowly walks towards her. The Fiend holds out his hand and offer Bliss to join her. Bliss accepts the offer. Bliss smiles at the screen as the feed cuts out.

7. Carmella was revealed to be the mystery woman we’ve been singing promos for the past few weeks. Carmella says she’s not our princess anymore. Now, she’s untouchable, unless she doesn’t want to be.

8. Sasha Banks comes down to the ring, Banks asks if Bayley really thought her not being medically cleared would stop her from showing up at Clash of Champions. Banks thinks after all of these years Bayley would have learned how to have a backbone. Bayley used Banks to become the longest-reigning champion in SmakDown history. Banks knows Bayley isn’t here but come next week Banks is coming for Bayley’s SmackDown Championship. Banks says Bayley knows that when it comes down to the two of them and there is no one there to help Bayley she doesn’t stand a chance, b*itch. Banks rips off her neck brace. 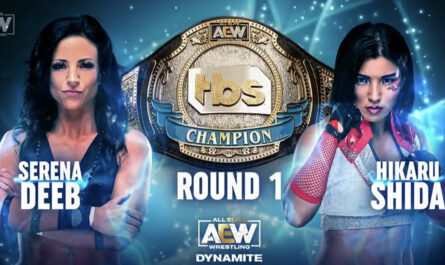