Tonight’s Monday Night RAW episode on 21 Feb 2022 took place at University of South Carolina and Brock Lesnar kicked off the show. Lesnar entered the ring and before he can say anything Paul Heyman interrupted him. Crowd started hurling insults at Heyman. Paul says that you are not going to make it to Mania Brock because you have to defend the WWE title at Madison Square Garden on 5 March 2022 and I will make sure that you will face a worthy opponent. Brock says that he’s doing well without Heyman by his side. Lesnar says that he is going to come to Friday Night SmackDown this week to introduce you two knuckleheads (Heyman and Roman) to the reigning, defending, undisputed WWE Champion Brock Lesnar. 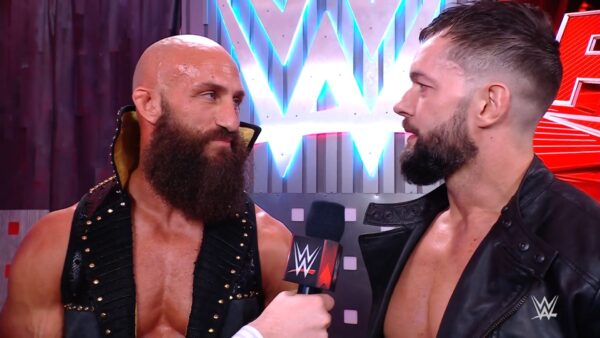 MIZ TV Segment – Miz says that his partner is somewhat like him, he is a pioneer, he is an athlete, he comes from a fighting family, he is a celebrity. Before Miz name his partner Rey and Dominik interrupts him. Dominik said that he is here to stay because wrestling is in his blood. Miz proposed a match between him and his tag team partner vs Rey and Dominik at WrestleMania 38. Logan Paul came as Miz tag team partner. Dominik accepts the match. Miz and Logan Paul attacked Dominik and Rey from behind. Miz hits Rey Mysterio with a Skull Crushing Finale and Logan Paul hits Dominik Mysterio with a Skull Crushing Finale.

After defeating Shelton Benjamin, Damian Priest says that he respects Shelton Benjamin but he has faced opponent of his calibre before. But now this is Mania season and next week he wants to defend his title against a world champion level opponent. Finn Balor shows up and accepts Priest challenge for next week.

Reggie apologized to Dana Brooke for his actions last week and he called a referee. Reggie laid down on the mat and Dana tried to pin him but Reggie kicked out at 2 twice. Third time Dana kissed him and pinned him winning back the 24/7 tiitle. Tamina and Akira Tozawa showed up. Reggie hits Tozawa with a drop kick and he fell in Tamina’s arms. Tozawa asked for a kiss and Tamina throws him down. Tamina and Tozawa chased Reggie and Dana.

Edge throws down a gauntlet as he challenged the whole RAW locker room to step up for a match with him at WrestleMania 38. Edge says as much as he need Mania, Mania needs him.

6. RK-Bro (Ridlle and Randy Orton) vs. Seth Rollins and Kevin Owens – Tag Team Match (If Rollins and Owens wins then they will be added to the RAW tag team championship match) 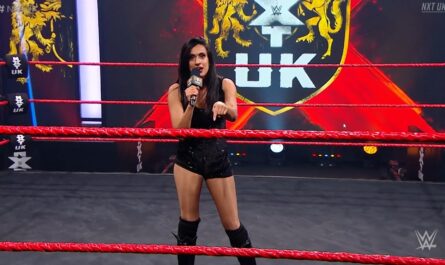