Rakhi consults Doctor and asks him about what happened to Mahesh Luthra suddenly. Mahesh spots Prithvi and rushes after him but he fell down. Rakhi told Srishti to bring water for Mahesh. Rakhi gives water to Mahesh and Suresh tells him to keep calm as he came out of coma only a few minutes back. 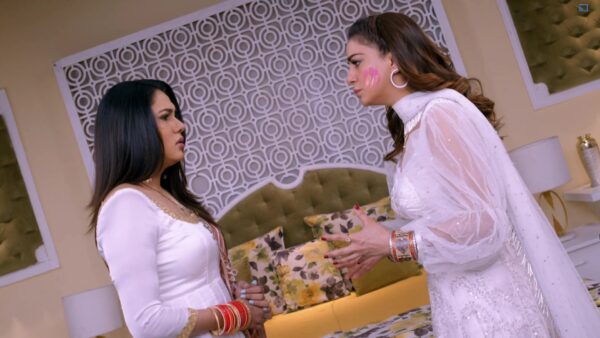 Janki learns about Mahesh recovery from Girish. Sarla also learns about Mahesh’s recovery. She decides to make sweet dish. Janki goes to kitchen and notices Sarla’s expression and asks what happened to her now. Sarla says to Janki that Mahesh know the truth so she wants him to reveal the truth to his family because if truth came out then Preeta can live happily in Luthra house.

In Luthra house, Mahesh looks at Sherlyn and recalls how she tortured him then he looks at Mahira and recalls how she pushed him from stairs and he drops the glass. He gets up and points at Prithvi and Mahira but before anyone sees them, they moves from that place. Mahesh feels dizzy. Karan makes him sit and asks if he is fine. Mahesh asks Karan that, about which secret he was talking to him. He asks who wants to destroy their family. Sherlyn and Prithvi wonders why Mahesh behaving like this. Rakhi and Suresh takes Mahesh to his room.

Karan asks Doctor that what happened to Mahesh. Doctor says to Karan that this is the side effects of the medicine and says Mahesh losing his memories temporarily. Vijay calls Karan and asks him to put the mobile on speaker. Vijay asks Luthra’s to play holi safely and disconnects the call. Karan says Vijay become mad and moves towards Mahesh’s room.

Prithvi meets Pawan and hugs him. He asks Pawan that what is he doing in Luthra house. Pawan apologize to him for coming to Luthra house without thinking about the consequences. He says it’s festival day so he wanted to meet him and applies colour on him. Prithvi says to Pawan that he made mistake by not informing about Mahesh to him. He says it’s good that Mahesh lost his memories otherwise he can’t even imagine what would have happened now. He says he won’t forget the past and asks Pawan to forget the past. He says Pawan is his life and for him, he can do anything. He says he will get revenge from Luthra’s for what they did with Pawan and Sherlyn.

Later, Sherlyn says to Prithvi that she can see love for Preeta in his eyes and Preeta using his love against him. Prithvi says Preeta Ji is crossing all her limits nowadays. He says now they have to handle ACP Vijay. Kritika feels ACP Vijay suspects her in Akshay’s murder case. Preeta says to Kritika that she thinks Vijay would have seen her in hotel’s CCTV footage. Prithvi says to Sherlyn that he noticed CCTV cameras in the hotel. Kritika says there is a possibility that something happened to Akshay when Preeta attacked him for self-defense. 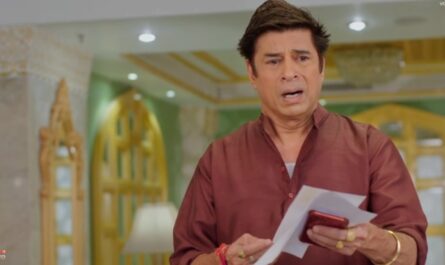