Tollywood film RRR is getting closer towards surpassing the ₹ 250 crores box office collection mark in the Hindi belts of India and in all probability this Jr. NTR, Ram Charan, Ajay Devgn, and Alia Bhatt starrer will achieve this milestone by tomorrow i.e. Sunday 17 April 2022. As of now RRR has grossed ₹ 1063.70 crores from its 22 days biz at Global box office and currently this epic period action drama film is sitting at the top of the mountain as the third highest Indian grosser film ever. Right now only Aamir Khan’s Dangal and Prabhas starrer Baahubali 2: The Conclusion are ahead of RRR as far as Global box office collections for Indian films are concerned.

Below is the complete date of RRR collections which this film has earned from its Hindi belts business in the opening 22 days :

Recently popular film critic and trade analyst Rohit Jaiswal has informed everyone on twitter that the remaining screens which were earlier allotted to Beast Hindi dubbed version ‘RAW’ in Hindi belts are now being transferred to RRR. Definitely if this news is true then surely this development will help the business of RRR in the coming days as far as Hindi belts of India are concerned.

If the rumour mills are to be believed then people who haven’t watched RRR in theatres as of now, will get the chance to watch it on OTT platforms from 3 June 2022. Hindi dubbed version of RRR will stream on Netflix India while the Tamil, Telugu, Malayalam, and Kannada dubbed versions will stream exclusively on ZEE5 Premium service. Still there is no information on the Worldwide TV Premiere date of RRR film.

Despite getting tough competition from Prashanth Neel’s KGF Chapter 2, RRR is managing to earn satisfactory amount of money even in the 4th week. RRR overall occupancy rate on Day 23 has been estimated around 13% – 25% which is quite good. If everything went right then RRR will definitely end up earning ₹ 1100 crores through its lifetime biz at Worldwide box office. 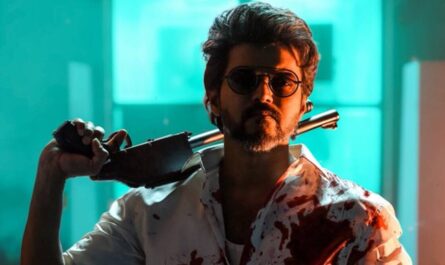