Rishabh’s friends came and they asked him about why he betrayed Reem, Rishabh told them that he did this to protect Ritesh from Pratha. He says that he loves Reem a lot but he will go to any extent to protect his country. Mehak came to Pratha’s room and she puts ointment on her wound on the back. Pratha asks her what if Rishabh tries to touch her and Mehak says I’m sure you will handle him well. Mehak tells Pratha that she is going to finish Lalit Gujral. 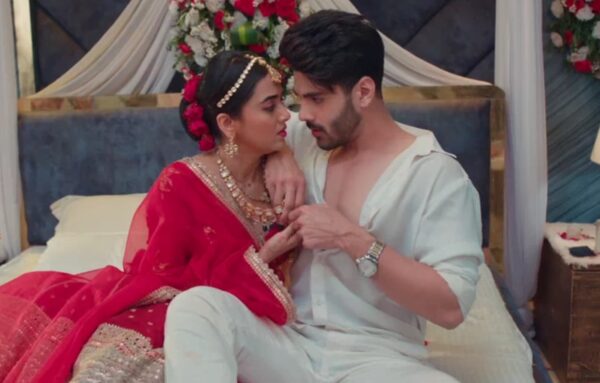 Rishabh came in Pratha’s room and he asked her where is his father after he saw the wound on her back. Pratha says I don’t know sir as she was in mandap. He made her sit on bed and tells her to wait for him and be ready. Pratha thinks that she needs to protect herself from him. Pratha planned to make Rishabh drink sleeping poison but the red moon light fell on her body and she turned in her Naagin form as her Kenchuli was going to change. Rishabh thinks in the washroom that he won’t leave this girl.

Rishabh enters the room again and Pratha turned back into human form in time. He told Pratha that he fought with his brother for her and also left the girl he loved. Rishabh was going to kiss Pratha and she offered him milk telling him that its a tradition. He tells Pratha to drink the milk as well and she says no. Pratha remembers Mehak’s warning to not to drink her sleeping poison as it will effect her as well. Rishabh makes Pratha drink the milk and she started laughing as she was seeing 5 Rishabh’s as once.

Next morning, Pratha and Rishabh woke up and Mehak came in the room in her Naagin form. Pratha distracted him. Pratha hides her kenchuli in the cupboard. Anya came to the room and she tells Pratha that she will make her ready. Anya gifted her a bracelet. Pratha thinks that Mehak came to talk to her but she is busy right now.

Seema thinks about Rishabh words regarding Lalit being missing. Rishabh informed Seema that he has informed Inspector Vijay that Lalit is missing. Mehak came and she thinks that she needs to tell Pratha that she did not found Lalit at the place where they left him.

Reem puts herself on gunpoint and she threatens to shoot herself. Urvashi tries to stop her but Reem says if not Rishabh then not anyone else. Pratha thinks that she won’t let Reem die. Pratha makes everyone still and then she takes out the bullets out of Reem’s gun. Everyone came back in motion and Reem shoots herself but there were no bullets in the gun. Urvashi took Reem away with her.

Pratha prays to Mahadev to please show Lalit Gujral location in her trikon drishti. Pratha finally finds Lalit and his body was completely covered with leaves and she checked whether he’s alive or dead. Lalit was alive. Sultan came and Pratha makes the dog go away. 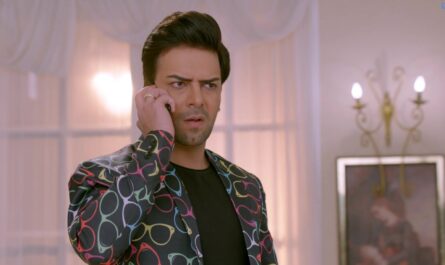 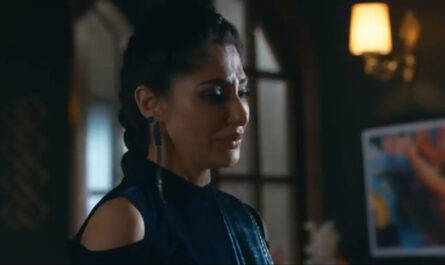 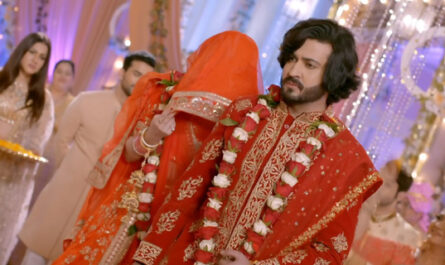