Diya was calling on the phone but no one was picking. Pratha saw the missed calls by Diya on phone and she says why did she made so many call. Diya went to complaint at the police station and she showed the video of Rihaan and Vihaan to inspector Riddhi. Riddhi tells Farzana to call a taxi for her and she leaves. Pratha finds a bloody Diya lying at the terrace and Diya told her that she gave all the proofs to inspector Riddhi and takes promise from Pratha to take her revenge. 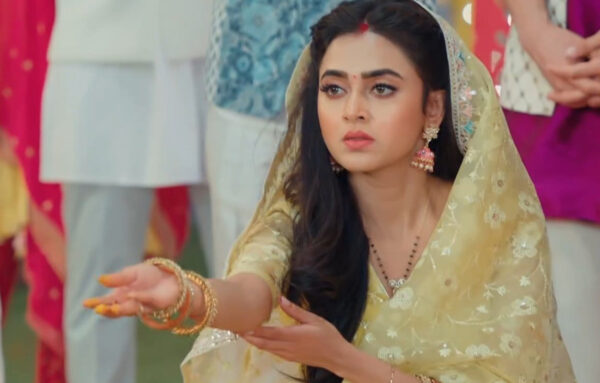 Inspector Vijay came and he says firstly I will take Pratha’s statement and she says that according to me its someone from this house. Urvashi started provoking Seema saying what kind of daughter-in-law you got. Rishabh asks do you have any proof and Pratha says Diya gave proof to officer Riddhi. Riddhi came and Pratha tells her to tell what proofs Diya gave to you. Inspector Riddhi says she did not gave me any proof and she came to me saying that she loves a guy and he doesn’t want to marry her so it seems she committed suicide.

Pratha tells Inspector Riddhi that you are lying and Riddhi responds saying don’t you dare blame me. Urvashi thinks how was Pratha near Diya when she died. Pratha started finding clues in her Naagin form and she prays to Mahadev to help her. Rishabh brought coffee for Pratha and she says I have lost my best friend and you won’t understand the pain of it. Rishabh burns a wishing lantern with Pratha and she says I pledge to take your revenge Diya and I will give a worst punishment then death to that person who hurt you.

Mahek gave the box to Pratha and she says that music in it is a clue of the Asurs. Pratha says Diya’s death, officer Riddhi, this music is connected. Officer Riddhi was revealed as the next asur. Riddhi was laughing and drinking with some people, she says I saved Lalit’s boys because I get money for all this. Riddhi says I sold my country then what that girl is to me. Pratha tells Mahek that we need to find more about this Riddhi. Anya came in room and she tells Pratha that Seema is calling you.

Urvashi was about to talk about Pratha to Seema but Pratha came there. Seema tells Pratha about Holi rituals and gave her Sarso uptan to apply on herself and Rishabh. Mahek went to meet Riddhi and Inspector Vijay confronts her. He tells her that Riddhi will come at night and Mahek says she will wait for her there.

Pratha went to the bedroom and she thanked Rishabh twice for wishing lantern and also taking care of Diya’s family. She tells him that mom has given Sarso uptan for you and he thinks that she is trying to seduce me. He took off his shirt and tells her to apply uptan on him. She started applying uptan on him and all of a sudden Reem came there. She got shocked seeing Pratha in Rishabh’s arms and says I came here to seek your help regarding Holi rituals but seems like you are busy.

Mahek confronts Riddhi in the police station and she started beating her. She tells her to tell who killed Diya. Riddhi says I won’t tell. Mahek says you don’t know who am I and Riddhi says I know you are Naagin. She showed Mahek CCTV footage and asked her, are you Sheesh Naagin.

Pratha and Rishabh started doing aarti together. Riddhi says I have handled bigger demons then you and then she pointed a gun at Mahek. Riddhi started whistling and it was the same music which was in the box. Mahek says so you are Asur and Riddhi says yes I am Asur. Pratha gets restless and she thinks that it seems Mahek di is in danger.

Riddhi says there are a lot of Asurs and one is standing right in front of you. She tells Mahek to come in her real form and kill her as in any way she will get destroyed. Mahek thinks if I came in my real form then everyone will find my identity. Pratha thinks that she needs to leaves from here and she hypnotized Lalit after which he had a scuffle with Urvashi.

Riddhi says I will see who will save you now and Pratha came there. She grabbed Riddhi with her tail and then she throws her away. Pratha tells Riddhi that I am Sheesh Naagin and now your time has come. Riddhi says to Mahek that you were supposed to be Sheesh Naagin then how you became Sheesh Naagin Pratha. Pratha says how did she know our story. Riddhi says now I will kill you both and then I will get medal.

Riddhi fires the shot and she missed the shot after which fire started burning in the police station. Mahek heard the screams of the girls in the lock up and she went to save them. Pratha says today I will burn you and after this good will win over the evil. Mahek saved the girls from the lock up.

Rishabh burn the holi and Pratha burns the whole police station. Officer Rddhi got burnt with the police station. Urvashi saw marks of a snake carwling on the floor and she thinks that Pratha was standing here. 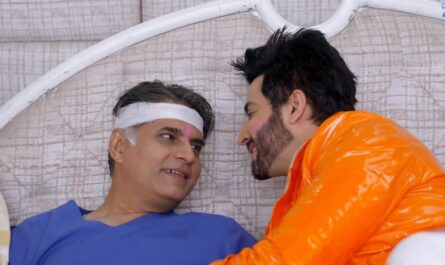 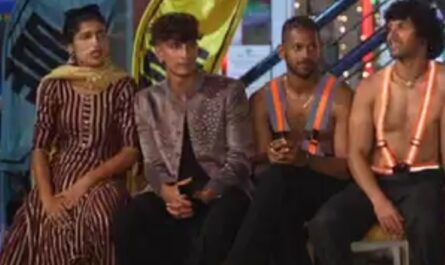