The hotel manager gets suspicious about Preeta and asks her that she doesn’t appear to be from the housekeeping department. Preeta makes another drama and says that she is on a secret mission on hotel’s behalf as she is actually a psychologist assigned to her by the higher authorities. She says that it’s her duty to complain about the staff that seems suspicious, and if he continues questioning her, it’ll hinder her mission and she’ll have to complain about him as well. She then starts thinking to herself how bad a lie it was, which could get her caught just because she said it. But the manager believes her lie and lets her continue with the secret mission. She recalls how Karan doesn’t believe her even though she tells the truth and the manager believed her horrible lie. She now has the master key and vows to rescue Rishabh, while also finding out who’s the man behind the mask.

Sherlyn and Prithvi gets into a heated argument, and Prithvi asks her to go home while he will leave with the businessman Rishabh. He says that his local, professional goon Rana will take care of Karan. When she asks him about Rana’s whereabouts, he says he’s sent him to the market to get some important things. The things that will keep Karan unconscious forever, as if he wakes up Prithvi could be in trouble. He’ll send Rishabh Luthra parcel to some unknown place and wants her to go home immediately as all Luthra spies should vanish from the hotel. She leaves for home after asking her to be careful. Prithvi then wears the mask and goes back to Rishabh’s room with a knife and the property papers in his hands.

Karan was still tied up in the chair angry at Preeta for leaving him there. He believes that she wanted to prove that she is smarter than Karan Luthra and hence has left him tied up. While continuing to struggle with the ropes, he recalls how she stumbled while untying the ropes around him and fell into his lap. After which they got lost in each other’s eyes and thought of happy times they had shared. The moments in which he had proposed to her and promised a lifetime of happiness, and the time when they shared an intimate moment after the celebration. Karan questions himself as to why he always gets lost looking into Preeta’s eyes. But then she does something that makes him angry and betrayed for trusting her. He continues to struggle with the ropes.

Preeta meets Srishti and Sammy in the hallway of the hotel and they hug. Preeta asks what they’re both doing here to which Srishti replies that she had told her she would be coming if Preeta doesn’t call her after 10 minutes. Preeta berates her for taking this risk for her. She tries apologizing to Sammy for Srishti getting him involved in this mess and has a funny banter between the three of them. They discuss how Rishabhji is locked in one of the rooms at the hotel, and Karan who had come to save them was tied up in one of the rooms. Preeta confesses how she got irritated with Karan’s constant talking that provoked her to leave him while believing that he’ll be able to sneak his way out. She also informs them about the master key she found. While talking about how to check each room, Srishti and Sammy informed Preeta that they are suspicious about one room and think the kidnapper could be there. The room number 1110 could be the suite where all three were tied up. They leave to inspect room 1110.

Sherlyn was about to leave when Mahira calls her incessantly. She finally picks up the call, asking her what she wants. Mahira is already at the hotel and asks Sherlyn if she was honest with her. Sherlyn tells her she’s always been honest with her. Mahira is worried as she’s supposed to get married but her fiance Karan isn’t there and Rishabh is also missing. She tells Sherlyn that she suspects her to know where Rishabh is and that she’s in the hotel. They agree to meet in room 1110 to talk. Prithvi gets Rishabh back into the room and informs him he’ll be drugged unconscious and starts looking for the bottle with the chemical to make him faint. Rishabh pleads to let his brother and him go in exchange for whatever the kidnapper wants. Prithvi goes outside to look for Rana who has the bottle. After taking the bottle, he sends Rana to quickly get the car ready at the gate. He goes back inside and Sherlyn also enters from behind almost coming in front of Rishabh, but he doesn’t see her. Prithvi then makes him unconscious.

Preeta, Srishti, and Sammy look for room 1110. Mahira was also doing the same when she gets a call from her mother asking her to come back home. Mahira tells her mother that Karan isn’t there so she won’t be able to get married which is getting her worried. She really wants to get married to Karan today. Her mother informs her that Rakhi and Kareena Ji are on their way to the hotel to look for them so she can now come back home. Rakhi and Kareena Ji were in their car speeding towards the hotel, worried about the well being of Karan and Rishabh. Mahira’s mother asks her to call her father and tell him the truth about her marriage to Karan so that he can help her. 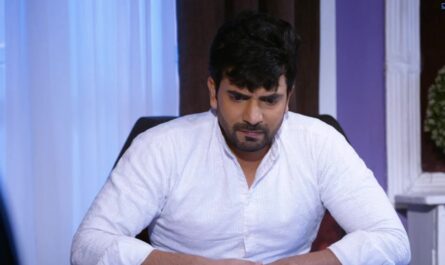 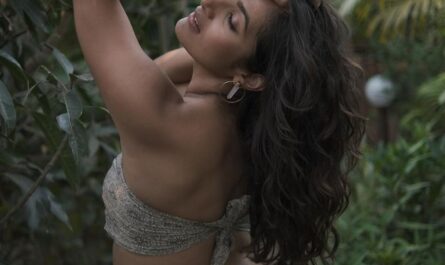