Preeta says where is mom as she is taking a lot of time in bringing vegetables. Preeta leaves the room and says I will call her then she starts crying standing next to a wall. Janki and Srishti got emotional seeing her like this. Preeta called Sarla twice but here phone was out of coverage. Mahira was trying her wedding dress then Sherlyn came to her room tensed. Sherlyn says that I have a weird feeling that something bad is going to happen. Mahira asks why what happened. Sherlyn says Karan is not at home. Mahira asks did your boyfriend kidnapped him again then Sherlyn says no. Mahira says don’t worry then as Karan will marry her for sure as he has promised her and he will never break his promise. Sherlyn warns Mahira not to be so over confident.

Karan chases the thief to a cafe and Sarla was also following them. Karan grabs a knife and points it towards thief. Sarla takes the purse from thief and tells Karan to drop the knife. Thief pushes Sarla and tries to run away but Karan catches him and starts beating him. Thief puts knife on Karan’s throat and Sarla tells him to take the purse but leave Karan. Police came there and catches thief and Sarla thanked Karan. Rishabh was finding Karan and he receives a call from Salil and he tells him to come to office.

Back at Arora house, everyone was tensed because Sarla still has not came back. Sarla comes back and Srishti starts scolding her as they got too much tensed for her. Sarla then reminds Srishti that she does the same all the time and Sarla gets tensed. Preeta asks but where were you then Sarla says this is the right away to ask. Biji asks now tell me where were you then Sarla thinks that I won’t tell you what Karan has done for me. Sarla makes a drama that there was a huge line for masks and sanitizer. Janki saw the torn purse and Srishti saw the scars on Sarla’s hand. Sarla says that someone snatched her purse.

Sarla says that she saw Karan’s car in the colony and Preeta says that he came here. Sarla asks why then Srishti says to give his marriage invitation. Rishabh receives a call to come to office again then Kareena says no Rishabh you won’t go to office. Everyone thinks where is Karan and then Rishabh calls him. Karan comes back to Luthra house and everyone asks him where was he. Karan says he went to give his marriage invitation to someone special. Mahira asks who’s that special then Karan says Preeta.

At Arora house, Sarla says is he out of his mind and then Biji also supports her saying Karan did wrong. Janki says that Karan has went to a new low as he wants his wife to see his second marriage happening. Sarla says shut up Janki and then says Preeta is not his wife. Biji and Srishti says that she is his wife. Sarla says how many times I need to say that she is not wife of Karan. Srishti says then whats the problem in going to the wedding then Sarla says I will slap you and stay in your limit otherwise you will forget that you are a adult now. Sarla asks Preeta that do you want to go to Karan and Mahira wedding. Preeta says no maa. Sarla says have you all heard that Preeta said no she doesn’t want to go to wedding. Sarla says that no one from this house will go to Karan and Mahira’s wedding. Preeta says that I will bring water for you maa. Preeta thinks what Janki said and how Karan invited her. Back at Luthra house, Kareena tells Karan that you have not invited Preeta Arora but you have invited you barbaadi. 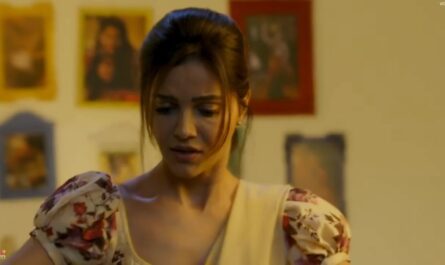 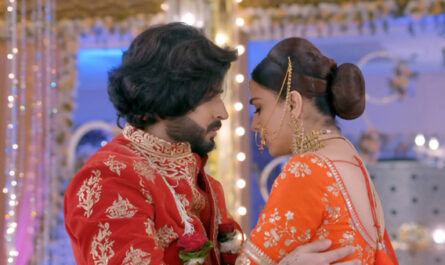