After creating a lot of buzz in the Bigg Boss 15 house because of their romantic relationship, the much talked about new love bords in the telly town ‘TejRan’ (Tejasswi Prakash and Karan Kundrra) are going through a rough patch it seems now a days. Since the day Tejasswi won the BB15 trophy there were reports that Karan was quite upset because he failed to even secure the runner-up position and now it seems that the so called most wanted munda of telly town is taking off all his frustration on his girlfriend Tejasswi by disrespecting her on social media again and again. 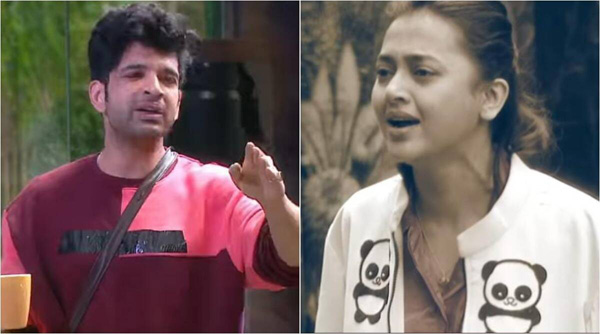 Recently there was a news in the media that Karan Kundrra is not allowing Tejasswi Prakash to do kissing scenes in her upcoming show Naagin 6 and makers of the show are upset because of it. Karan Kundrra after reading those reports went on to twitter and he sarcastically blasted all the media reporters as well as indirectly asked his girlfriend to defend him in an insulting way.

This is what Karan Kundrra tweeted while asking Tejasswi to defend him :

“Read some shit written about me today.. Not surprised anymore.. Kinda reminds me of something lol..deja vu!! narratives much.. I’m done defending myself and expecting someone will.. didn’t happen then.. then why today..” 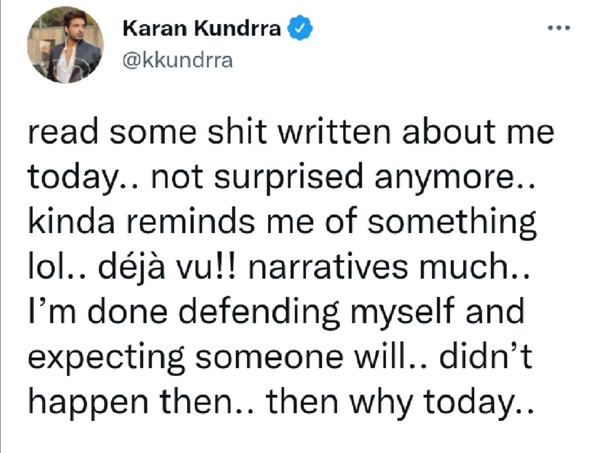 Later on Karan Kundrra deleted the tweet but fans of Tejasswi were quick enough to take screenshots and spread those insulting tweets of Karan towards Tejasswi all over social media.

Laater on Tejasswi Prakash came in support of Karan Kundrra and she defended him on the kissing scene row by calling herself luck to have a boyfriend like Karan and this is what Tejasswi tweeted :

Blessed are those who find companionship. And it’s sad when a joke is turned into ‘toxicity’. I am good with love, those who want to can choose their negativity! @kkundrra you are perfect, and I’m one lucky gal!

But rather then thanking Tejasswi for defending him, Karan Kundrra again insulted her on twitter by posting, “As usual the joke’s on me”

Well it seems that whatever Salman Khan told Karan Kundrra about his toxic behaviour towards Tejasswi and the way he warned him that if this continues outside then your relationship won’t survive for long is proving out true. 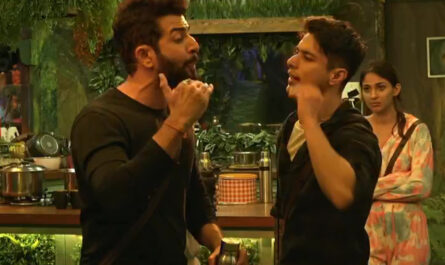 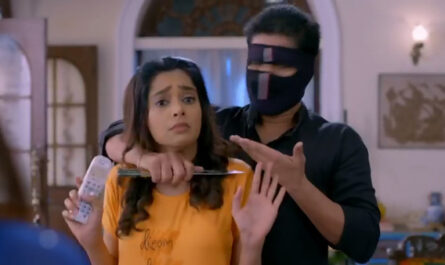 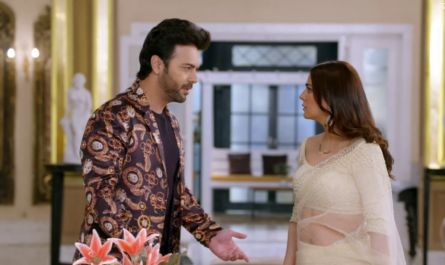