Janki was finding the knife then Srishti says that I brought the knife here to cut the apple. Preeta and Janki starts scolding Srishti. Srishti says ok hit me as I am always wrong. Srishti asks Preeta why are you doing so much work, go and watch TV to dirvert your mind so you will not remember him. Srishti asks are you thinking about Karan sir. Preeta says yes I am thinking about how bad he is and from now on I hope that I will never get to see his face again. Sarla came there and says you said absolutely right. I was always trying to tell you this as he doesn’t even know how to talk to elders. Sarla says I am going to market and leaves. Preeta gives Srishti apple plate and then Srishti says why no one talks to me in good manner. 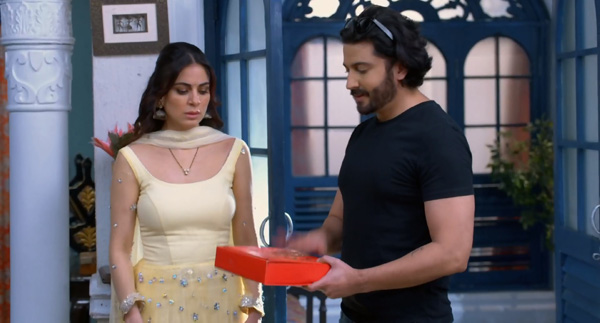 Preeta goes in her room and sits on bed, says that I am trying a lot not to think about Karan but why his thoughts not going from my mind not fair. Srishti asks Janki how strange it is that everyone is trying to act normal as both Preeta and mom is acting are you acting too. Janki says I hope Karan does second marriage as Preeta is happy without him. Srishti says my heart is saying that everything will get alright and Karan sir will realize as he will come himself to get di to Luthra house. The problem is he has a big ego but if he gets his ego aside then he will come here to get di then she prays to Waheguru to fulfill her wish.

Karan comes to Arora house and starts shouting Preeta Preeta, he then asks where is Preeta. Preeta comes outside her room (Narazgi Teri played in background). Both got lost in each others eyes thinking about their sweet moments together. Karan grabs her hand and says lets go, Preeta asks where then she says I won’t go with you till the time you tell me where are you taking me. Karan sayus at my house then Srishti gets happy thinking maybe Karan sir has realised and he is taking di to his house. Preeta asks why then he says to make family. Karan says I want you to see my marriage from your own eyes.

Kaaran says I want to clear all the misunderstandings, even Sammy thinks that I am scared that I won’t lose you so you have to go with me. Karan says you are seeing dreams to become my wife thats why you want to break my marriage with Mahira. Preeta says you’re wrong. Janki says she won’t go with you then Karan says she will go for sure and says that do you people have a thief in your heart. Karan asks Srishti to bring his sister to the marriage. Karan brings a invitation card and a box and gives it to Preeta.

Preeta goes in her room locks herself from inside and starts crying on the bed. Srishti and Janki starts knocking the door and Janki says open the door otherwise I will call your mother. A thief on road snatches Sarla’s purse and Karan starts chasing him. Srishti breaks the door and enters inside. Janki says that you matter a lot for us Preeta we were scared that you might do something. Preeta says I am not that weak and I will not do something which hurt you all. Preeta says for sometime my mind stopped working. Preeta says that Karan Luthra is not that important that my whle family cry because of him. Preeta tells them not to tell dadi about it as she will get hurt. Janki says I won’t tell her. 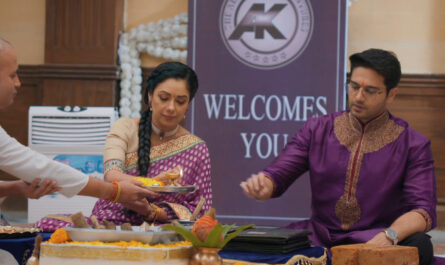 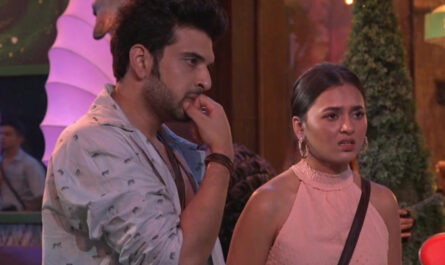