In the episode 4 of Disney Plus show ‘Hawkeye’ Jack Duquesne points the Ronin’s sword at Clint Barton but Kate comes in time as well as Eleanor who gets shocked seeing an Avenger at her house. Clint and Kate eats dinner with Eleanor and Jack. Kate tells her mother that she is working with Hawkeye on an Avenger level threat. Eleanor tells Clint that she knows what happened to Natasha Romanoff (Black Widow) and she doesn’t want the same happening to her daughter. Clint promises her that he will try his level best to protect her daughter. It turns out that Clint successfully stole the Ronin’s sword from Eleanor’s house. Clint sends a message to Laura asking her that he wants information on Sloan Ltd. After Clint leaves, Eleanor leaves a voice message for someone and she tells that person to call her back because its important. 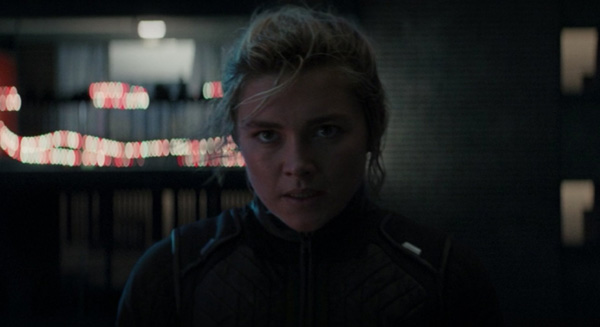 Laura informs Clint that Jack Duquesne is the CEO of Sloan Ltd. Clint tells Laura that he is helping Kate and he cannot put her in danger and she asked him did anything else gone missing from the Avengers compound. Clint tells her to check whether she is getting signal from the transmitter of his rolex watch.

Jack and Eleanor romances in front of Kate and Kate realizes that Clint is alone at her granny’s apartment. Kate went to the apartment with the Pizza dog and some food as well as DVD of movies to watch with Clint. Clint tells Kate about Jack being the CEO of Sloan ltd. Both Kate and Clint planned about the next course of action and they both had some fun as Clint teaches a coin trick to Kate. During their conversation Kate asked Clint about his best shot and Clint got emotional and he told her how he was once given the task to kill Natasha Romanoff and he realised that she wanted out and he took the decision of not killing her which was the right decision. Kate realised that Clint was Ronin all along and he says that I was a weapon who was aimed at the right target and now I can’t go home until I fix this problem.

Next morning Clint tells Kate that he is going to talk with Kazi and he wants her to trace trick arrows with the help of our friends LARPers. Kate meets LARPers and she agrees to their demands in return of Hawkeye’s trick arrows.

Clint gives one final warning to Kazi in his car. He tells him that Maya is chasing a ghost because of her vengeance and in the process she will get herself killed. Clint requests him to tell Maya to stop this as only Kazi can convince her.

LARPers gives the trick arrows to Hawkeye and in return Kate promises them enough materials for new costumes for all of them. Laura sends a message to Clint that she found the location from where rolex signal is coming.

Kate and Hawkeye went to bring back the rolex and Kate went in the apartment alone. She finds the rolex. It turns out that the apartment belonged to Maya Lopez and it was a trap all along. Maya entered the room and she started beating Kate. Another masked assassin arrived at the location and that assassin started beating Clint. Kate and Maya reaches the other roof through a zipline where Clint and the masked assassin were fighting. Masked assassin beats Maya, Clint and throws Kate from the top of the roof. It turns out that the assassin saved Kate by clipping her with a hook.

Kate goes back on the roof to help Clint and she fires an arrow on Maya. Maya escapes after which Clint starts fighting the masked assassin. Clint removes her mask but she hits him with taser. The woman turns around and it was Yelena Belova (Sister of Natasha Romanoff). Yelena jumps off the roof.

Kata asks Clint, Who the hell was that? Clint says you don’t want to know Kate and he further says that we are not partners. Clint tells Kate that someone has hired a Black Widow assassins and now things got real. Clint advices Kate to go home.

Now the real question is – Why Yelena Belova is trying to kill Clint Barton and Who hired her? Well if you have watched the post credit scene of Black Widow (2021 Film) then you might be very well aware of the fact that Yelena went to the grave of Natasha Romanoff to pay a tribute to her. Valentina Allegra de Fontaine was also there and she gave her the picture of her next target ‘Clint Barton.’ Valentina tells her that Yelena would also love to assassinate him. So it seems that in Hawkeye Yelena Belova came to kill Hawkeye on the command of Valentina Allegra de Fontaine. 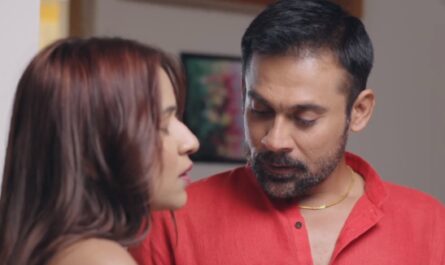