Adam Cole after defeating Evil Uno on todays episode of AEW Rampage reminds people about all the AEW superstars he defeated since his arrival and he says he is still undefeated as he doesn’t care about what happened last week, that doesn’t count. Cole says no matter what the promotion is, he always ends up running the show. Cole ends hiss post match promo by saying that he will become the AEW World Champion. 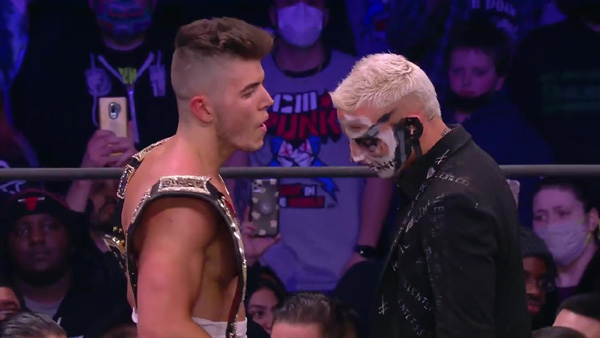 After Sammy Guevara successfully defended his TNT Championship against Isiah Kassidy, Andrade along with AHFO approaches Sammy, but Darby Allin slides down. Andrade extends a hand, but Darby shows his allegiance to Sammy. He shows his support and perhaps his eagerness for Sammy’s TNT championship.

An intense face-off between the past and present of the TNT Championship! @sammyguevara and @darbyallin share some HISTORY here. What could possibly be in store next?#AEWRampage is on @tntdrama right now! pic.twitter.com/S7XxW1oLVv

QT Marshall challenges Hook for a match next week

During the match between Thunder Rosa and Mercedes Martinez, Mercedes hits Rosa with a lead pipe from underneath the ring. The referee sees it and calls for the bell, making it a DQ finish.

Backstage Mercedes Martinez gets confronted by Dr. Britt Baker D.M.D. AND Britt reveals that it was her who had Martinez take Rosa out in such a manner. Now Baker wants her to finish the job or she’ll make sure Mercedes’ time in AEW is shorter than her last run (meaning WWE).

As @tonyschiavone24 speaks to @RealMMartinez after that brutal ending to her match with @ThunderRosa22, the #AEW Women’s World Champion Dr. @realbrittbaker reveals some interesting details.
Watch #AEWRampage on @tntdrama right now! pic.twitter.com/7PpkhERDLW 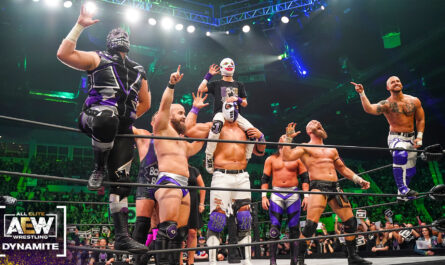