Salman Khan comes on stage and shows the audience what happened yesterday after Nikki Tamboli became the first confirmed contestant and gets the power because of the decision taken by Toofani Seniors. Eijaz Khan asks Nikki Tamboli, Did Nikki spoke to Sara Gurpal? Nikki says to Eijaz that she will do it when she feels like it. Eijaz says Nikki lacks basic humanity, but Nikki replies she will show it when its required. Sara Gurpal was seen crying as Salman Khan says that Sara is not giving her 100% on the show. Sara says that she is confused what to do. Whether be herself or play the game. 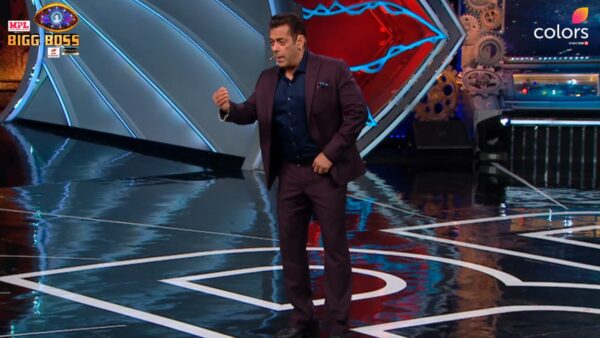 Eijaz Khan finally shows the courage and stands up against Toofani Seniors’ decision to make Nikki Tamboli confirmed and give her the power. Sidharth Shukla tries to explain to Eijaz that Nikki Tamboli has played really smart and her personality is strong, Eijaz keeps on putting his point forward saying that Nikki lacks humanity and still they made her a confirmed contestant. Gauahar Khan also tries to explains that Nikki was very strong in the immunity task. Gauahar further adds that Nikki is making an effort. Eijaz says to Gauahar that Nikki is not fit to lead the house.

Salman Khan welcomes Mumbai Indians (IPL Team) stars, Hardik Pandya, Ishan Kishan and Krunal Pandya. Hardik says to Sallu that he is happy to be back on the cricket field. Salman mentions how difficult it was for him to be back on the sets. Salman also congratulates Hardik on becoming being a father. After playing a fun game with Salman Khan, Mumbai Indians players entered Bigg Boss house through video call. Hardik Pandya, Krunal Pandya and Ishan Kishan meets the contestants.

Hardik Pandya asks Eijaz Khan who is hitting fours and sixes in the game, Eijaz answers, “Me.” Ishan Kishan asks Sidharth Shukla who will get maximum hit-wicket. Sidharth says apart from Shehzad Deol, rest are playing well. Hardik Pandya asks Rubina Dilaik and Abhinav Shukla who will get run out. Initially, Rubina gets confused, but after Salman Khan makes it clear, Abhinav says he would probably be the one who would get run-out. Ishan Kishan asks Hina Khan who would get out first, but Salman interrupts. However, Hina says Sara Gurpal might be the one to get evicted.

Answering to Hardik Pandya’s question, Jasmin Bhasin responds Rubina Dilaik throws goggly as she has a different opinion on situations. Pavitra Punia says she plays on the front foot while Jasmin plays on the back foot. When Salman Khan asks Jasmin why she is slow in the game, Jasmin says that she takes time to open up, but she will surely pull up herself. She adds an intelligent person will change moves as per the situation, and she is intelligent. Salman Khan tells housemates to make the show bigger and better, and even respect Colors’ platform. He asks the contestants to stay honest in the game as that will affect TRPs of the show. He boosted the morale of people by saying that the show is getting a good response.

Gauahar Khan and Hina Khan say Nishant Singh Malkani is the most fake person. Gauahar says on the stage of Bigg Boss, he was active. Sidharth Shukla votes for Jasmin and says she is not being herself.

Hina Khan says that she thinks Sara Gurpal does not have what it takes to be in the game show. Gauahar Khan votes for Rahul Vaidya and Sara Gurpal. Sidharth Shukla said while Sara has played well in the immunity game, she has not opened up enough.

Hina Khan says that Rubina Dilaik is over-calculative. Gauahar Khan says that she is disappointed in Abhinav Shukla because while he is always up for any work, he does not speak his mind when it is needed. Sidharth also votes for Rubina, saying she is very critical and does not have a positive approach.

Sidharth Shukla, Hina Khan and Gauahar Khan picks Pavitra Punia as the contestant who is perfect for the Bigg Boss house. Sidharth says he bets on Pavitra.

Nikki Tamboli gives her opinion on the housemates. Nikki says Rubina Dilaik is too smart, but she is not revealing much. Nikki says Abhinav Shukla thinks he is visible, but he is not. She says Nishant Singh Malkani is capable, but he has not opened up. She adds Jaan gets manipulated. Later, Nikki burst Eijaz Khan’s balloon and says he is not aware if the game has started or not.

Pavitra Punia bursts Jaan Kumar Sanu’s balloon and says he is very confused on what to do and gets easily manipulated. Pavitra further adds that she thinks Eijaz Khan is not really playing well.

Rubina Dilaik bursts balloon of Jasmin Bhasin, saying that the attitude of the damsel in distress is not going to work in her favour.

Star cast of Choti Sarrdaarni TV serial, ‘Nimrit Kaur and Avinesh Rekhi’ entered the house and they interacted with the contestants.

Task Details – ‘Toofani Seniors’ Sidharth Shukla, Hina Khan and Gauhar Khan will present housemates as a product and sell them to the cast of Choti Sarrdaarni. Whosoever gets selected will get a gift while the other will be punished. Sidharth Shukla takes Jasmin Bhasin and Sara Gurpal along with him. He praises both the ladies in front of the cast but they select Jasmin and rejected Sara.

When Gauahar Khan went to perform the task given by Choti Sarrdaarni cast, Nimrit Kaur, who plays Meher in the show, praises Gauahar and tells her that she is a fan. Sidharth Shukla pulls Gauahar’s leg and says, “She knows you will tweet anything, and that’s why she is praising you.”

Hina Khan enters with Eijaz Khan and Rahul Vaidya. Praising the contestants, Hina says that Eijaz is up for help any time and Rahul speaks up only when it is required. She praises Rahul for his singing quality too. As Rahul wins, Choti Sarrdaarni cast gifts him a bottle of coffee.

Before leaving the house, Choti Sarrdaarni actor Nimrit Kaur praises Rubina Dilaik and told her that the audience is admiring her on the show.

Bigg Boss gives housemates a task to rate themselves as per their personality, participation in the house and so on. The Toofani Seniors, including Nikki Tamboli, will not be participating. Housemates give votes, and as per that they took their place in the rating. Rahul was tagged below average, Eijaz was declared good, Abhinav was voted below average, Shehzad and Jasmin was voted behind good, Nishant was voted poor and so on. As they perform, the seniors criticise the housemates and their lack of participation.

Sidharth Shukla, Gauahar Khan and Hina Khan express their disappointment that none of the contestants fought against their performance rating. Salman Khan gets disappointed seeing the way the rating task was performed by the contestants. Salman says for the first time in Bigg Boss history, the ranking task was so easy. He said earlier he used to see people fight with each other. Salman says he is happy to see humanity in the house but sad that there is no quality in the housemates. He asks if they tag themselves poor, average or below average, what do they expect from the audience.

Salman Khan asks all the contestants to pack their bags and head out of the house because this time, it is a waste of time, effort, prime-time slot, his time and even the audience’s time to see people who are not confident about their own game.

Gauahar Khan asks the housemates why did they not fight for their position in the rating task. Sidharth Shukla says Salman Khan spoon-fed the housemates and even then, they are not able to perform well. Hina Khan says while she is not sure what will happen next, the housemates should learn their lessons from what has happened.

Rubina Dilaik says that she is confused because when the contestants want to go beyond the rule book, the ‘Toofani Seniors’ ask them to follow it and when they follow the rule, they expect them to stand out. Abhinav Shukla says that everyone followed Eijaz Khan, which is bad. 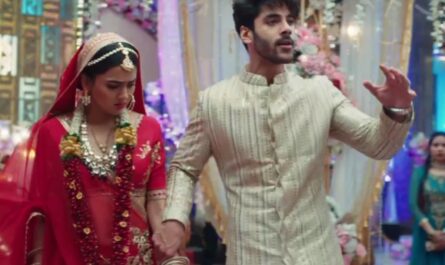