Beeji winks at Pallavi then Pallavi asks why are you winking at me. Maya’s mother asks Beeji why are you winking then she says that Pallavi fights with me on every issue and hints at Pallavi that they need to start a fight. Palavi had a funny drama argument with Beeji in front of Maya’s mother and leaves from there. Beeji tells Maya’s mother that Pallavi will prove to be a bad mother-in-law so you should stop your daughter from coming to this house as you still have time. Maya’s mother tells Beeji that I have already trained Maya for this and she will get her on track within 12 hours and when she will come to this house she will control everything including her mother-in-law.

Abhi and Pragya were still stuck in the lift and light starts turning on and off. Pragya asks whats this smell then Abhi says its a perfume I got from middle east. Pragya says no some wire is burning and smoke starts coming in the lift. Both of them starts banging the door again to open the lift.

Prachi, Ranbir, Shahana and Aryan brings Rahul in the room. Ranbir says we will give you training here. Prachi says you need to propose Maya genuinely. Aryan says true love never dies but it gets late sometimes then Shahana says don’t be oversmart. Prachi stops her and tells Rahul that you need to tell her about you feelings straight from the heart. Ranbir gets impressed. Rahul says I want a demo then Prachi says first you need to look into her eyes, second you need to tell her that I can’t live with you and third you need to say everything at once. Ranbir was noting everything down and thinks that next time he will propose Prachi using the same method. Prachi asks Ranbir did I said something wrong. Ranbir says no I understand everything.

Prachi thinks to call Pragya and tells Ranbir to stay close to Dushyant. Prachi’s call to Pragya was not connecting. Manager with technicians came near the lift and they asked Pragya and Abhi are you alright. They said smoke is coming inside. Technician says maybe there is a fire in the meter room. Manager says give us some time. Pragya says how much more time you need. Abhi says relax I won’t let anything happen to you. Pragya says I am concerned about you as I am used to smoke as I work in kitchen all day and there was a factory near our house in Hoshiyarpur. Abhi says whenever we are together, nothing will happen to us, it is the beauty of our relationship, sometimes you had saved me, and sometimes I had saved you. Their past moments were shown and Allah wariyan plays. in the baackground. Abhi asks her to give lecture to someone else, but not him. He says smoke makes the smoker unwell too. He says I know that you are worried for me, but I am very worried for you. He asks her to stop talking and says smoke will go inside your mouth. Abhi says even people who is moke they feels breathing problem and coughs. Abhi asks Manager to open the door and tells that once he is outside, he will file the case. Manager says they are trying. Pragya faints. Abhi gets worried and says you can’t get unconscious. He says nothing can happen to you. You had said that you want to meet Rhea, even I want to meet our daughter. He knocks on the door. Prachi calls Pragya. Abhi picks the call and says Pragya can’t talk as she is stuck in lift and unconscious. Prachi couldn’t hear him and thinks Pragya is on call and tells that Sir got businessman of the year award 6 times. Manager asks Abhi to try to open the lift from inside. Abhi keeps Pragya on the floor and tries to open the lift door. The lift door opens a bit and he faints and falls down.

Shahana asks Prachi about Rahul. Prachi says she talked to maa and tells that they shall take Maya to room. Mrs. Chaubey asks Maya to take care of Beeji and save her from Pallavi. Maya asks her not to take tension and tells that she will save her from Pallavi. Beeji thinks I have to save my innocent bahu from you. Prachi thinks how to take maya to room. She gets an idea and messages Ranbir. Ranbir and Prachi come to the room. Rahul says I love you to Prachi. Ranbir gets jealous. Prachi says Rahul thought Maya came. She tells that she can’t bring Maya to this room. Rahul says sorry. Prachi says Maya hates me and will never believes me, that’s why Ranbir will bring her here. Ranbir asks why she will agree to come with me? Prachi says she will come with you as she loves you. Rahul says if she loves Ranbir then why she will elope with me. Prachi says Maya doesn’t love Ranbir, but is marrying him for her family. Ranbir asks why she winked her eyes. Prachi scolds him and asks him not to tell Maya, about who loves whom? She asks him to make a call to Maya and call him. Abhi and Pragya are unconscious in the hospital. Nurse says her pulse rate is ok. Doctor says his pulse rate is not ok. 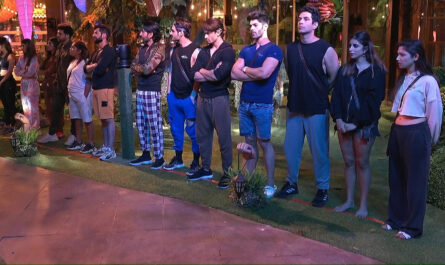 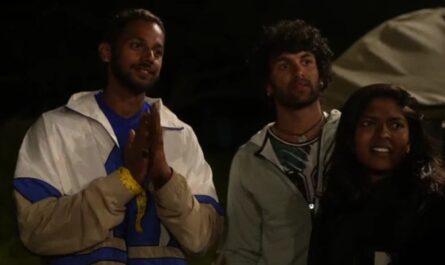