After recovering from Covid tribal chief ‘Roman Reigns’ arrives back on todays episode of SmackDown live. Reigns told the crowd to acknowledge him. He says that he never wants to see the faces of Lesnar or Heyman in his life again. Brock Lesnar music hits and Lesnar enters the ring along with his advocate Paul Heyman. Heyman was going to do Lesnar’s introduction but Lesnar cuts him off. Lesnar did his introduction all by himself and he asked Heyman how was it? Heyman said he was even better then him. Brock Lesnar told Roman Reigns to give the people what they want, a title vs title match. Reigns says he doesn’t want that and he doesn’t do business with people who does business with trash like Paul Heyman. Heyman gets rattled and he asks Reigns how can you say that? I helped you in becoming champion and I loved you as my tribal chief. Lesnar turns towards Heyman and asked him what did he said. Reigns hits Lesnar with a Superman Punch and then leaves the ring. 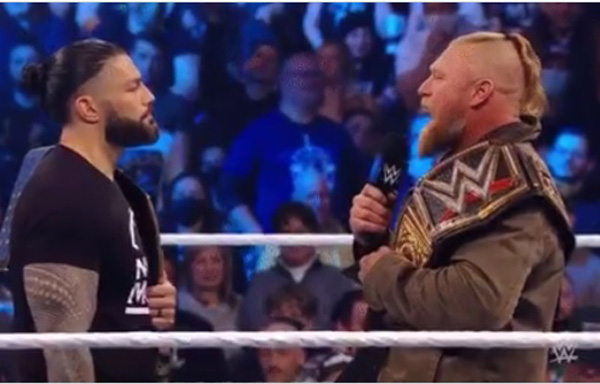 Charlotte Flair enters the ring and she made fun of the crowd about whatever boring New Year’s resolutions they have. Flair says that she is going to enter the Royal Rumble 2022 match and she will be the first champion to win this match and choose her challenger. Naomi came to the ring and she told Flair to choose her as her challenger. Flair asked what has Naomi done to deserve a title shot. Naomi slapped Flair.

It was announced that current IMPACT Wrestling Knockouts Champion ‘Mickie James’ will enter the 2022 Royal Rumble match and if James defended the Knockouts Championship successfully at IMPACT Hard to Kill 2022 PPV against Deonna Purrazzo then James will bring the title with her.

Impact Knockouts World Champion @MickieJames will be in the #RoyalRumble Match! #SmackDown pic.twitter.com/TXH0jm6QgE

Backstage, Adam Pearce enter Reigns locker room and he tells Reigns that he has selected Reigns next challenger. Reigns told him that he wants to watch his cousin’s match so he tells Pearce to hit the bricks.

Backstage, someone knocked on the door of Roman Reigns locker room. Reigns looked annoyed and he stood up and it was revealed that Seth Rollins was standing there. Rollins starts cackling. 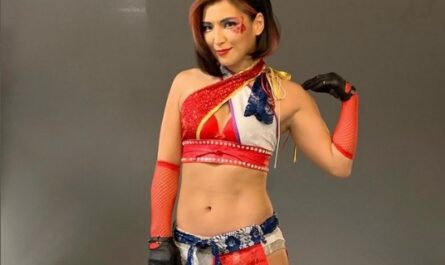 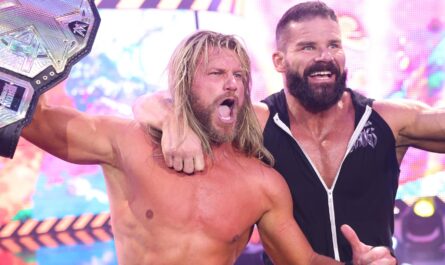 5 Tips, Tricks, and Suggestions to make Rhea Ripley your Mami like Dominik Mysterio did – Full Details