The present day SmackDown tag team champions The Usos kicked off todays episode of SmackDown Live and they announced a Fatal 4 Way tag team match to determine their next challengers. Usos introduced all the challengers one by one including Viking Raiders, Los Lotharios, Mansoor & Cesaro, and Jinder Mahal & Shanky. Usos superkicked Garza and Humberto after which they called the start of the match. 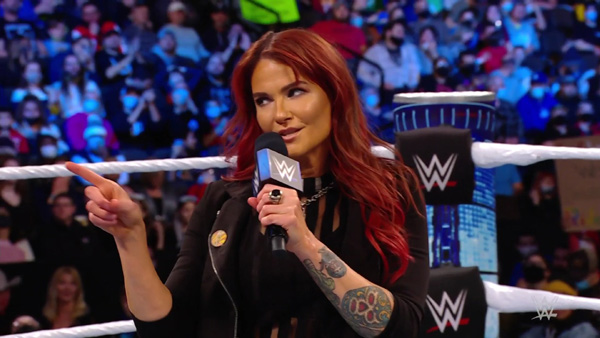 Naomi went into Sonya Deville’s office backstage and she started blaming her for her defeat against Charlotte last week. She tells Sonya that she has no idea why is she hating on her. Naomi begins to take off her earrings. Sonya stops her and tells her that Naomi can’t put her hands on Sonya till the time she is wearing the suit. Deville tells Naomi that her major issue with Naomi is that she thinks she is the main character but in reality she is just an extra. Adam Pearce walks into the office as Naomi leaves. Pearce and Deville complains about how hot the office is.

Sami Zayn comes in the ring and says that this conspiracy started when he lost his Intercontinental Championship. He finally has his shot to get it back and now there is a new player in the conspiracy: Johnny Knoxville. Zayn further says that it’s great that Knoxville is in the Royal Rumble because he is too. Knoxville can’t do what Zayn does, but Zayn can do what Knoxville does. Zayn gets in a shopping cart and has two helpers besides him to push him down the ramp, up another ramp. Zayn gets scared and gets out of the cart. Rick Boogs appears on the apron. Zayn turns around and Shinsuke Nakamura obliterates him with the Kinshasa. Boogs press slams Zayn out of the ring onto a crash pad as Pat McAfee enjoys watching it from the commentary desk.

Backstage, Natalya says she already has three world records in Guinness Book and today she is going for her fourth. She is going to beat Aliyah in faster than 3.82 seconds.

Aliyah defeated Naomi in 3.17 seconds and she made a new WWE World record for fastest victory in a singles match.

Michael Cole introduced Lita but before Lita can say much about her entrance in 2022 Royal Rumble Match, Charlotte Flair came and she started insulting Lita. Charlotte told Lita that she is going to do exactly the same to Lita what she did to Trish Stratus few years back. Lita was about to slap Charlotte but she stopped. Lita hits Charlotte with a Twist of Fate and then leaves the ring.

Backstage, Sheamus vows to get revenge on Ricochet for breaking Ridge Holland’s nose.

Backstage, Sonya Deville’s office gets boiling hot. Adam Pearce steps out. Deville takes her jacket off. Naomi enters inside and steps to Deville. Deville begs off. Pearce walks in and steps between Deville and Naomi. Naomi says she had Flair beat last week till Deville got involved. Pearce says Naomi has a point. Pearce books Naomi vs. Flair for next week.

At the main event of tonight’s show, Roman Reigns and Seth Rollins came face to face in the ring. Rollins says that he created Reigns and he can destroy him. Reigns says Rollins isn’t on his level right now. Reigns wouldn’t have picked Rollins from RAW because he isn’t the biggest star. Hell, Rollins isn’t even the biggest star in his household. If Reigns wanted to main event the Royal Rumble, he would have picked Rollins wife (Becky Lynch). The Usos try to attack Rollins from behind but he evades them and show ended with Rollins and Reigns staring at each other. 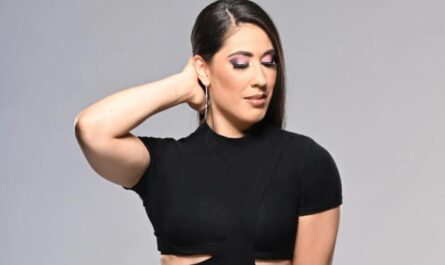