Todays episode of SmackDown live took place at Legacy Arena at The BJCC, Birmingham, Alabama and Brock Lesnar kicked off the show. Angry because of last Saturday’s attack at MSG show, Lesnar called out Roman Reigns. Heyman showed up and he informed Brock that Reigns is not here tonight and that is to protect you. Lesnar says who’ll protect you then and he started chasing Heyman. Heyman sat in a car and escaped. 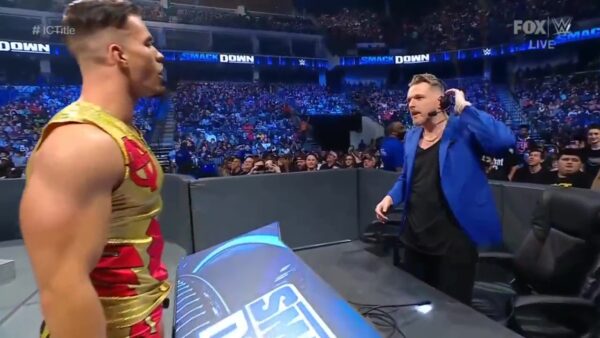 Backtage, Kayla Braxton interviewed Sami Zayn and it was revealed that Johnny Knoxville has made Zayn’s phone number public. Zayn says how he can do this and he is receiving a lot of unwanted messages right now. Zayn exclaims that tonight he is going to win his Intercontinental championship back tonight.

Jinder Mahal, Shanky, Happy Corbin, and Madcap Moss attacked Viking Raider backstage before their match. McIntyre was about to go backstage to save them but all four of them attacked McIntyre. Drew handled all of them by himself and then he pointed towards WrestleMania sign with Angela sword while looking at Corbin.

Ronda Rousey came to the ring and she said that Charlotte Flair called her one trick pony last week because she wins using only armbar, the same way Mike Tyson wins only by punching people. Crowd was chanting for Ronda. She says I learned Ankle Lock from my first wrestling mentor Kurt Angle and I spent a lot of time refining it. She says that she will make Flair tap out again with it at WrestleMania.

Charlotte Flair interrupts Ronda and she says that our match at WrestleMania is going to be our biggest fight. Flair says that Ronda took advantage of her last week because she was in her heels and in her eyes Rousey is still a one trick pony. Ronda challenge Flair to take off her heels so she can make her tap right now. Flair leaves the ring, crowd was chanting you tapped out, Flair responds and I’m still the champion. Ronda tells Charlotte to leave as she will make her tap at Mania.

Jimmy Uso & Jey Uso entered the ring and they said there is no worthy opponent for them at WrestleMania. Shinsuke Nakamura and Rick Boogs showed up. Boogs says that we are going to become tag team champions. Jimmy says to Nakamura that if your right hand man can beat Jey tonight then you will get a tag team championship match at Mania. Boogs and Nakamura accepts.

As the Intercontinental championship rematch between Ricochet and Sami Zayn was going to begin, Austin Theory showed up and he sat next to Pat McAfee at the commentary desk. Theory started heckling McAfee and finally Pat got up and gave Theory a beating by bumping Theory’s head on the table. Michael Cole and Adam Pearce stopped McAfee and Theory.

Ronda and Charlotte were fighting in the parking lot and security was trying to separate them. Flair grabbed Rousey by her jaw on the bonnet of a car and gave her a beating to end the show. 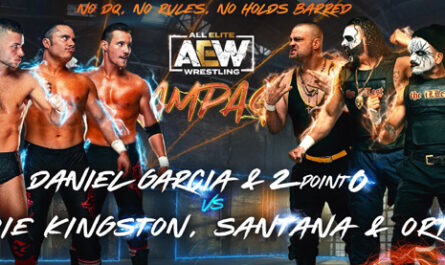