Bobby Lashley tells the Miz to fulfill the deal he promised on tonights edition of Monday Night RAW. Rhea Ripley announced as the latest addition into the women’s division of the red brand. Randy Orton vomits blood while he was blaming Alexa Bliss for his recent failures. Lashley faces Strowman in a singles match in the main event. This was a very competitive match between two athletic technicians of the squared circle. In the end Morrison climbs the ropes for Starship Pain but Riddle manages to catch him mid way and hits his finisher BroDerek pinning him for the win.

Post Match – Mustafa Ali shouts at all the members of Retribution hinting at the signs of a eventual breakup of the faction.

MVP joins the commentary team for this match. As a result of some brilliant team work the currrent RAW tag team champions ‘Benjamin and Cedric’manages to get a pinfall victory over Lucha House Party.

Angel Garza hits Damian Priest with a running Clothesline and throws him out of the ring. Garza had an interaction with Bad Bunny which causes a distraction and Priest hits Garza with his finisher pinning him for the win.

Charlotte Flair struck Asuka by accident after which Nia Jax hits Asuka with a Leg Drop pinning her for the win.

Dana Brooke and Mandy Rose work over Lana in their corner. Jax and Baszler were watching backstage. Brooke lands a cartwheel elbow. Lana manages to tag in Naomi. Lana knocks Brooke off the apron. Naomi and Lana hit a double X-Factor on Rose for the win.

Ricochet climbs the top rope for his finisher but Styles stops him and hits him with the Styles Clash for the win.

Post Match – Omos lifts Ricochet and slams him down the mat

9. Bobby Lashley vs. Braun Strowman – Singles Match (If Strowmaan wins then he will be added to the WWE Championship maatch next week)

Miz comes down the ramp and joins commentary team before the start of this match. Lashley dominated Strowman throughout the match and finishes him off with a running spear.

Post Match – Lashley puts Strowman in the Hurt Lock and he fades away. Miz came in the ring to attack Lashley with the title but Lashley caught him off and slams him down the mat. Lashley hits Miz with a Spear ending the night making a statement.

1. MIZ TV SEGMENT – John Morrison introduces the NEW WWE Champion, The Miz. Fireworks blare as Miz walks down the ramp to the ring. Miz welcomes everyone to Miz TV, Championship Edition. Miz recalls his past and everyone thinking he’s was going to be fired as soon as he joined WWE. Miz says he’s outlasted everyone, including, Batista, Edge, Bobby Lashley, Cena, none of them measure up. Miz says his career reads like a Jeopardy clue. Miz is the only two-time grand slam champion. Miz says he is holding the title because he deserves it. He didn’t ask for anyone’s respect. He earned it. Bobby Lashley’s music hits. Bobby Lashley and MVP walks down to the ring. MVP congratulates Miz on winning the WWE title. MVP says MIZ omitted what Lashley did to help Miz win the title last night. MIz says he forgot and he totally agrees. Miz says they are going to go celebrate. MVP says Miz promised Lashley the first shot. Miz says he has a lot going on and now isn’t a good time. Lashley says Miz has one hour to give him what he wants. Lashley grabs Miz by the tie and tells Miz he is going to give Lashley what he wants or Miz will be starring in a new TV Show called “How Lashley sent me to the emergency room” and its going to be painful, merciless and awesomeeee.

2. A video package was shown announcing that Rhea Ripley is coming soon on RAW

3. Shame McMahon announced a match for tonight between Braun Stowman and Bobby Lashley with stipulation that if Strowman wins tonight then next week on RAW Bobby Lashley and Braun will face Miz in a triple threat match for WWE Championship. After this announcement Lashley attacked Strowman from behind.

4. Backstage, Randy Orton blames Alexa Bliss for his recent failures as he got distracted by her. Orton starts to have breathing issues then he started vomiting blood.

5. Backstage, Charlotte Flair requested Ric Flair to Go Home. Ric says that he is just trying to expand and motivate the women’s division also he’s not the father of Lacey’s baby. Charlotte again tells him to go home. 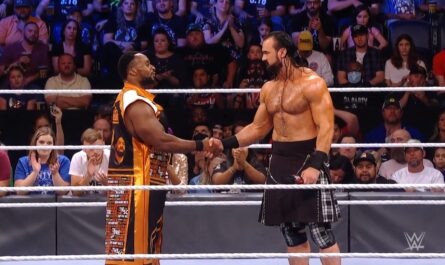 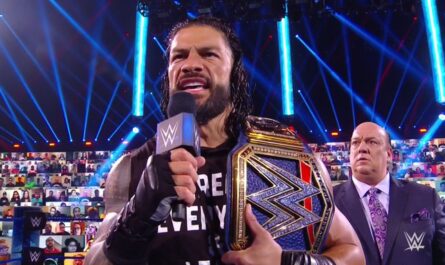