Current NXT UK Women’s Champion ‘Kay Lee Ray’ holds a State of the Union address on todays episode of the show. First Round of the Heritage Cup 2020 continues as A-Kid faces Flash Morgan Webster in a 5 round contest. Xia Brookside and Dani Luna teamed up against Amale and Nina Samuels. David Starz and Saxon Huxley went against each other in a singles match.

Nina Samuels and Dani Luna starts off the match with Dani taking Nina down to the mat repeatedly before Nina counters into a straight arm bar. Dani gets to her feet and drags Nina to the corner after which Xia Brookside tags herself in and Nina takes control, hitting a reverse suplex.

Amale tags herself in and Nina Samuels rolls Xia Brookside up before she figure out what happened and Amale slams the face of Xia into the mat. Xia gets the tag to Dani Luna who spears Amale and slams her before clotheslining her and hitting a float over suplex for two. Amale then sends the back of Dani’s head into the mat before trying to tag in Nina who denies the tag and leaves. Dani then capitalizes on the distraction and pins Amale for the victory.

Saxon Huxley stalks Jack before applying a wrist lock and showing off his strength by lifting Jack into the air with one arm. Saxon tosses David Starz around the ring and hits a running splash in the corner before kneeing him in the face. Saxon locks in a torture lock on David before missing a splash in the corner and David dropkicks his knee. David hits a running cross body before tossing David and David hits a neck snap in the ropes. Saxon then hits a neck breaker on David for the pinfall win.

Round 1 – A-Kid and Flash Morgan starts off by exchanging waist locks before A-Kid takes Flash Morgan down and grounds him with a side headlock. They exchange wrist locks and arm drags before Flash Morgan picks the ankle of A-Kid and A-Kid reverses into a hammer lock. Flash Morgan then gets to his feet and sends A-Kid over the top rope before hitting a springboard dropkick as the round ends.

Round 2 – A-Kid takes Flash Morgan down before Flash Morgan locks in a head scissor and A-Kid escapes into a bow and arrow that Flash Morgan turns into a pin attempt for a quick one count. Flash Morgan then catches A-Kid and pins him as the round ends.

Round 3 – A-Kid and Flash Morgan exchange wrist locks and arm wringers before Flash Morgan locks in a straight jacket brings A-Kid down to his knees. A-Kid reverses the hold into one of his own before hitting a diving cross body for two. A-Kid hits a northern lights suplex for two before Flash Morgan hits a moonsault off of the top and A-Kid counters a Tiger Driver for two. Flash Morgan then hits A-Kid with a poison hurricanrana as the round ends.

Round 4 – Flash Morgan immediately hits a PK for two before A-Kid hits him with an enzuigiri up top and hits a Spanish fly into a running dropkick for the pin and the fall.

Round 5 – The round begins with the two even at one fall a piece before they exchange strikes until Flash Morgan hits a falcon arrow for two. Flash Morgan counters a submission attempt before headbutting A-Kid and sending him over the top rope. Flash Morgan hits a suicide dive and sends A-Kid back into the ring before missing a dive and A-Kid locks in an arm bar. A-Kid then submits Flash Morgan with an Omoplata for the tap and the win as the seconds count down.

2. We saw a video package for NXT UK Tag Team champions Gallus as we head into a commercial break.

3. Returning from the back, a backstage interview with Pretty Deadly as well as Dani Luna and Xia Brookside was shown before we get a graphic for the State of the Union.

4. A video package was shown for Flash Morgan Webster and A-Kid as well as a breakdown of the rules of their tournament match up next.

5. NXT UK Women’s champion Kay Lee Ray was shown getting ready for her state of the union address up next.

6. Backstage, Flash Morgan Webster was attacked as he’s found by The Hunt before Mark Andrews rushes to his side.

7. Kay Lee Ray State of the Union Address – NXT UK Women’s champion Kay Lee Ray comes out to the ring for her address to the women’s division. Kay Lee Ray says that she overcame the odds and showed the doubters wrong when she retained against Piper Niven. Nina, Dani, Aoife Valkyrie and Isla Dawn and Amale surround the ring before everyone brawls and Kay Lee Ray escapes before she runs into Jinny on the stage. Jinny and Kay Lee Ray go at it backstage as the brawl continues in the ring and at ringside before Jinny brings Kay Lee Ray back to ringside. Aoife then comes off of the top and takes everyone except Kay Lee Ray out and down onto the mat before Kay Lee Ray leaves and admires what she incited as show went off the air. 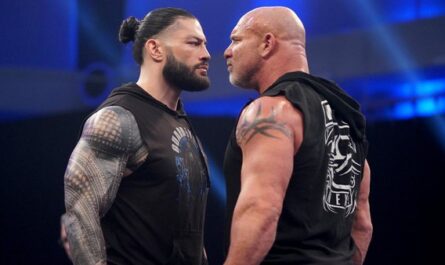 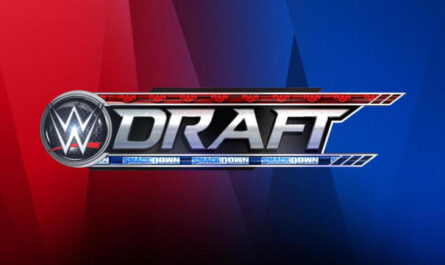