Adam Cole along with Bobby Fish and Kyle O’Reilly entered the ring to kick things off on todays episode of AEW Dynamite. Cole starts his story time and puts over his RedDragon buddies after which Young Bucks came on the ramp. Matt Jackson says thanks for the invite. Kyle O’Reilly said that they didn’t need their help against the “Best Friends” on Rampage. Matt says they’re right, but he has to make one thing clear, this is their company and they’re the longest reigning Tag Team Champions and their new year’s resolution is to get their belts back. RedDragon says that they have the same New Year’s Resolution and Bobby Fish says nothing is going to stand in their way and that even includes the Young Bucks. 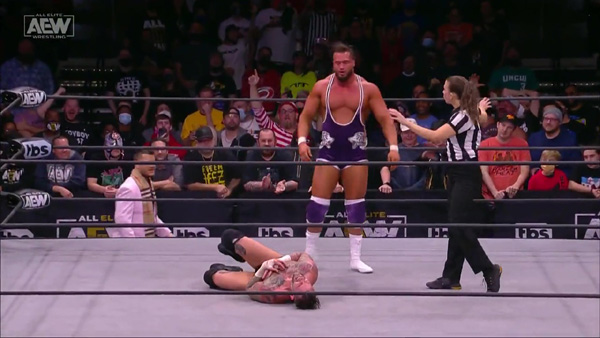 Adam Cole tries to play the peacemaker and says friendly competition will be good and says that they are the hottest faction in AEW. Cole insults Best Friends by calling them a joke. Out comes Orange Cassidy along with the Best Friends faction with a mic in hand. Orange’s plan wasn’t to talk, but fight. Best Friends brawl with the Super Kliq and RedDragon. Orange tosses Cutler and it allows Cole to hit a low blow on Cassidy. Out comes Kris Statlander and she stood between Cole and Cassidy but Britt Baker comes and she hits Kris from behind followed by a Curb Stomp to Statlander. Cole superkicks and Booms Orange Cassidy. Cole and Britt kiss as Super Kliq and RedDragon stands tall.

MJF starts blaming Wardlow after Wardlow got defeated by CM Punk. Wardlow gets riled up and he pushed MJF away but out comes Shawn Spears and he somehow managed to control Wardlow after which Wardlow, Shawn and MJF went backstage.

.@RealWardlow is visibly frustrated by the turn of events and @ShawnSpears tries to make peace! Is @The_MJF losing his grip on his team?

Chris Jericho cuts a promo gloating about the greatness of Inner Circle faction. He talks about Sammy Guevara beating Daniel Garcia tonight in the main event. Eddie Kingston comes in and questions Jericho. Tension mounts as Santana, Ortiz and Jake Hager walked off. Jericho notes he’ll be at ringside for Sammy tonight. Eddie can come too, but Jericho will kick anyone’s ass that tries to interfere. Possibly even Eddie’s.

A furious MJF comes out and says that tonight CM Punk got the upset win over an oaf. Next week he’s going to give everyone the match you all have been waiting for : CM Punk vs. Shawn Spears.

Dan Lambert insults Adam Hangman Page by saying that Adam is a fantastic wrestler, but Page as a cowboy? No way. He says Adam is completely full of “cowboy shit.” Suddenly, Lance Archer’s music hits. Dan Lambert gets backed down into the ring as Lambert pleads for Archer to consider attacking Hangman. He does. He puts a chair in the middle of the ring after striking Adam with it and hits the champ with a Blackout on top of it.

Before the match between Hikaru Shida and Serena Deeb event started, Shida came out on her music but Deeb attacked her from behind. She hits Shida with her own Kendo stick and slams her knee into the steel steps. Deeb gets in the ring and gets ready for the match. Shida takes awhile, but makes it to the ring. Shida wants the match. Bell rings and we’re underway.

After the match between Hikaru Shida and Serena Deeb, Paul Turner and Doc Sampson went to tend an injured Shida lying on the mat but Deeb attacked her further with a kendo stick. Some of the babyface women’s locker room including Anna Jay and Tay Conti run to check on Shida.

After the match between Matt Hardy and Penta, Penta and Alex Abrahantes gets on the mic and called out Malakai Black. Lights go out, but come back on for Malakai. Black kicks Alex and then attacked Penta. He tries to take off Penta’s mask, but out come the Varsity Blonds. Julia tells Varsity Blonds to relent and they hold off as Black laughs. Lights go out again and when they come back on, Brody King was there. They dominated the Blonds and Penta.

It’s @Brodyxking here at #AEW!!!
The Kings of the Black Throne have arrived!

Tony Schiavone was with Red Velvet, Leyla Hirsch and Kris Statlander. Hirsch takes exception to Statlander partaking in the mixed tag with Orange Cassidy as they have a triple tag team match coming up. The two argue before Velvet plays mediator and settles the tension between them.

After the tag team match between Bear Country and The Acclaimed, Sting and Darby Allin attacked the Acclaimed. Darby gets Max in the ring and hits him with a Coffin Splash after which Sting hits Max with a Scorpion Death Drop.

Matt Hardy was frustrated backstage and Andrade El Idolo walked in. He told Matt that he needs to focus. They’re both businessmen and he wants to make a deal with him. Matt gets intrigued. Hardy tells Private Party to stay back.

After the Interim TNT Championship match between Sammy Guevara and Daniel Garcia, 2point0 attacked Sammy but both Chris Jericho and Eddie Kingston came to the rescue in the ring . Eddie and Jericho argued with each other as the show ends.

But @IAmJericho is not done with #2Point0, and now @Madking1981 interrupts! What a match! What a night here at #AEWDynamite on @TBSNetwork!! pic.twitter.com/huCxJW20UZ

Result – The Acclaimed wins via pinfall 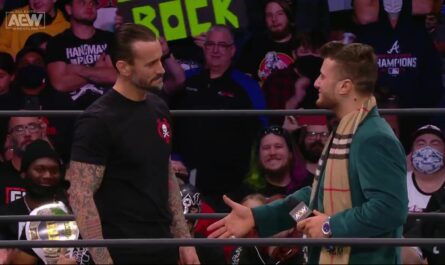 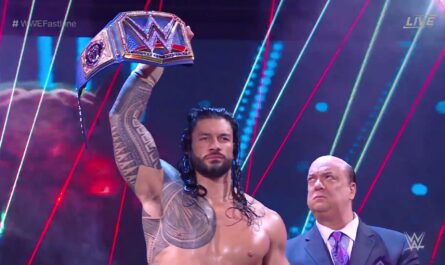