Preeta was working in the kitchen and she hears someone coming after which she grabs the knife for self defense. Karan comes and Preeta shows knife to him accidently. Karan says you will finish me with this knife then Karan thanked Preeta for trying to save Kritika from Prithvi and caring so much about his family. Preeta says its my family as well then Karan asks what about me? Preeta sees someone outside the door and points about it to Karan. 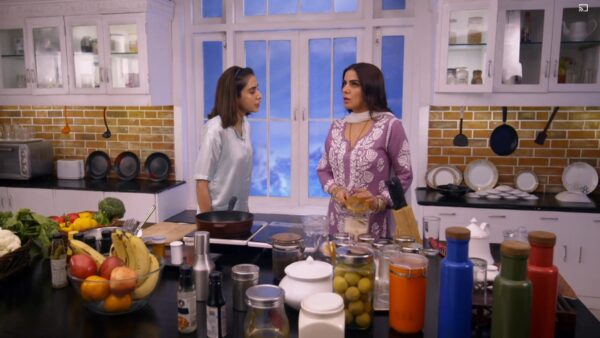 Karan sees outside and Mahira was standing outside hearing their conversation. Mahira says that I saw you both getting romantic that’s why I did not came inside. Karan leaves and then Preeta tells Mahira that only I know about your reality hear. Mahira and Preeta both started having an argument in kitchen after which Mahira gave a 3 days challenge to Preeta saying that Karan will leave Preeta after 3 days. Preeta says do whatever you want you psycho and Mahira left.

Sherlyn went into Mahesh Luthra’s room and she was about to kill him by injecting poison into his drip but in time Pammi stopped her. Rakhi came in the room and Pammi tells her all about Sherlyn’s evil intentions

Prithvi came to Kritika’s room to apologize to her but she throws him out telling him that she wants to sleep. Prithvi thinks that I wouldn’t have given her any attention but she is my biggest pawn in my revenge plan against Luthra’s. Kritika against receives a call from Akshay and he tells her that hotel name and time when she needs to come with money. Kritika switched off her phone and Prithvi saw that from window. Prithvi messaged from Kritika’s phone to Akshay and Akshay again sent the time and location details with the amount of money Kritika had to bring and Prithvi sees all that. Kritika gets shocked seeing her phone turned on.

Rakhi questions Sherlyn about why she tried to kill Mahesh? Suresh also came there. Sherlyn created drama and says that Mahesh is like her father she can’t do such a dirty thing. Suresh grabs syringe from Pammi’s hand and tells her to leave after which both Rakhi and Sherlyn also left. Suresh calls his friend Khurana and tells him that he needs the help of his son.

Baani dadi feet got twisted and it was all Mahira’s plan as dropped lotion on floor. Preeta takes care of Dadi while Mahira thinks I will spend this time with Karan. 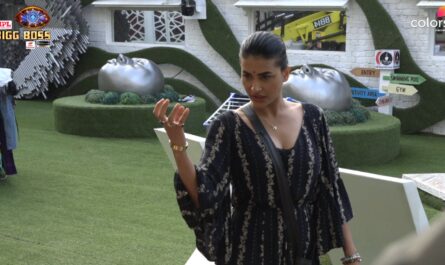 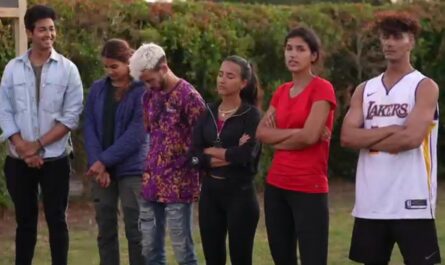